Carson Kitaif, a Tylertown native and Mississippi State senior wildlife, fisheries and aquaculture major, became enraptured with raptors at age 12. These birds of prey include the barred owl, pictured here alongside Kitaif.

“I saw a raptor in action when I was young, and it hooked me,” he said.

Now, a decade later, he is a certified Master of Falconry, able to legally keep birds of prey—as it is illegal to trap raptors without permits—and also take apprentice falconers under his wing and guide them through the intricacies and dedication the sport requires.

Raptors, the birds of prey associated with falconry, require near-constant supervision and training in order to build a beneficial relationship.

“Having a raptor is like having a child, no doubt. It requires 365 days a year—an everyday commitment,” Kitaif said. This obligation is why Kitaif, upon deciding to attend MSU for its focus on wildlife and agriculture, also decided not to keep a bird while in school.

“I couldn’t have given a bird the dedication it needed while I was at Mississippi State,” Kitaif said.

Despite being the responsibility equivalent to that of children, the relationship with falcons is much less warm.

“There’s absolutely a mutual trust and respect, but it’s purely utilitarian. My bird uses me for food, and I use her for the hunt. It may seem cold, but honestly, the fact that the bird will always be one step away from rewilding itself is incredible. Just getting to witness the rawness of nature in action 10 feet away is enough to keep me hooked,” Kitaif said.

Another aspect to falconry is the genuine desire to see these birds succeed. Young birds of prey have a staggeringly low survival rate. A certified falconer cares for and trains them, knowing the birds will eventually leave the falconer with newfound confidence and competence.

Other falconers focus on the rescue and rehabilitation of birds, no doubt to the joy of the owl pictured above. She was found injured in November and, thanks to the efforts of dedicated wildlife conservationist and MSU Associate Professor Scott Rush, is now healthy and being utilized for educational programs emphasizing society’s closeness to nature.

Kitaif, having chosen both MSU and his major from a love of agriculture and wildlife, is excited to continue working closely with nature.

“I’m hoping to do some international research and maybe go to Mongolia or central Asia where there are bears or snow leopards. I know there’s an irony with the birds, but I’m also a big cat guy,” Kitaif said.

Even with his shifting wildlife focus from birds of prey to bigger mammals in Mongolia, Kitaif assures falconry will never leave him.

“I think falconry will be a part of my life for a long time. There is something surreal about being involved in it, witnessing the predator/prey experience first-hand, as it has taken place for thousands of years,” Kitaif said. 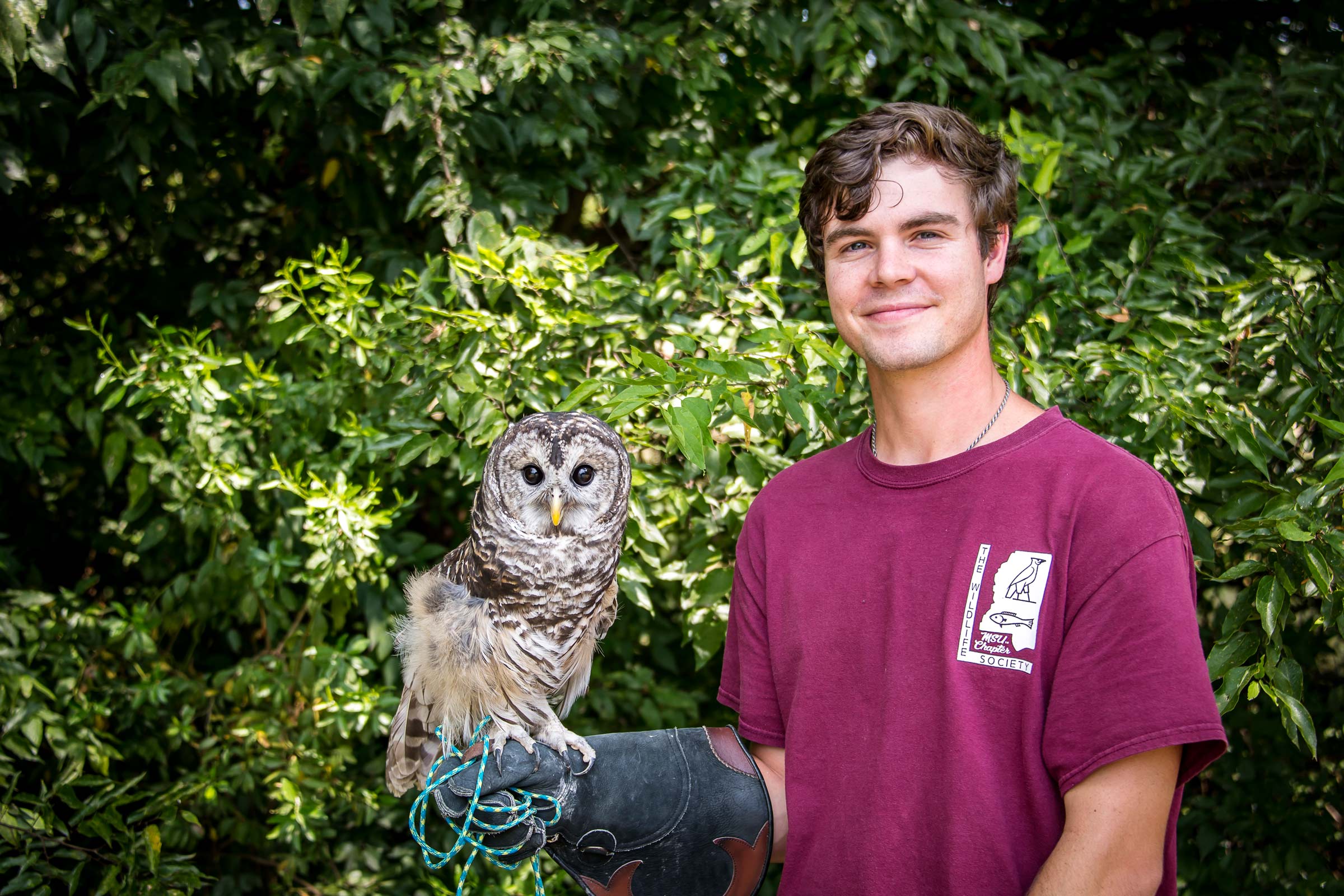