Like many high school seniors, Jonah Albert and Luke Saulters wanted to take on an adventure before starting college. Their vast canoeing and camping experience gave them an idea that they turned into reality – paddling from central Tennessee to the Gulf of Mexico.

Albert and Saulters, now freshmen at Mississippi State, spent most of June embarking on a 30-day, 800-mile trip from the Cumberland River to Dauphin Island. They were joined by Job Dooley, currently a freshman at the University of Tennessee.

“Our parents thought maybe if they gave us a couple weeks, we would forget about doing the trip,” Albert joked. “It took quite a bit of convincing. They made us plan every step before we hit the water.”

Both graduates of Franklin High School, Albert and Saulters are now studying mechanical engineering at MSU. On the trip, the students engineered improvements to their canoes, using a piece of wood to improve the connection between their two vessels and creating a makeshift sail with a tarp.

In addition to adapting their canoes, they had to adapt their travel plans. The trio originally set out to paddle down the Mississippi River, but record high water levels caused them to instead travel an alternate route through the Tombigbee Waterway.

“One of the prerequisites to our trip was to give our parents a pretty accurate itinerary for our plans,” Saulters said. “By the fourth day of the trip, that was thrown out the door because we changed the route.”

The travelers subsisted on a steady diet of prepackaged chilli mac, ramen noodles and fruit cups. Friends and family met up with them to re-stock their food supply. They also received unexpected assistance from complete strangers that included places to sleep, food and water.

“There was a guy playing with his daughter on a sandbar and he saw us and asked if we needed anything,” Albert said. “We let him know that we needed some water and he ended up lettings us spend the night in an air-conditioned trailer and brought us snacks and food. That’s just one example of a stranger going way out of their way to helps us in ways that impacted our trip greatly. That was special.”

On the final leg of the trip, the students went through the bay of Mobile, home to one of the U.S.’s busiest ports. They camped halfway through the bay and, on the last day, were able to catch a strong tailwind and sail to Dauphin Island.

“We only got to sail a handful of times,” Saulters said. “Most of the time we had a slight to a strong headwind. We did not have many tailwinds.”

Now enjoying their freshman year at MSU, Albert and Saulters are both members of the Judy and Bobby Shackouls Honors College. Albert has joined MSU’s Formula SAE Team and Saulters is pledging BYX fraternity. Both said they have enjoyed the sense of community on the MSU campus. 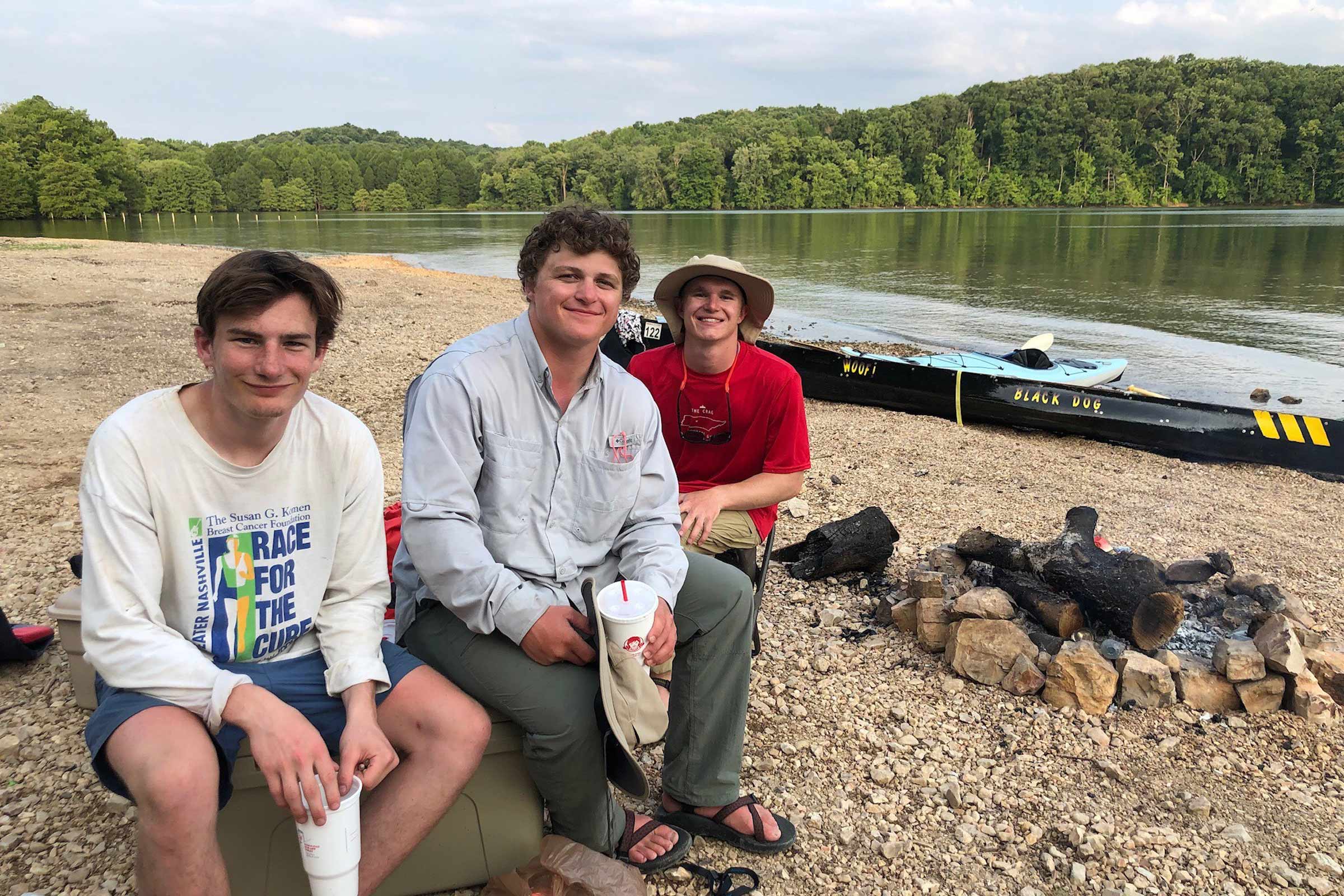