Mississippi State senior chemistry and psychology major Zoe N. Fokakis was in Germany conducting bioinorganic chemistry research for a five-month internship when COVID-19 first made its appearance. Working in the Department of Chemistry and Pharmacy at Ludwig Maximilian University, Fokakis said when the pandemic began in early March, she wasn’t anticipating returning to the U.S.

“I was working full-time in a lab with some truly incredible scientists from many different backgrounds, she said of the experience in which the graduate students were from across Germany and four other countries. “The house I lived in also was home to two Romanian families and students from four additional countries.”

The Hattiesburg native said that as lockdowns began in Italy and France due to the virus, she and her colleagues anticipated the situation would last only two to four weeks before life would slowly start returning to normal.

When a Level 3 travel advisory was announced later that month, Fokakis had originally intended to delay a departure to the U.S. as long as possible to maximize her research. However, within one week, a Level 4 travel advisory saw her facing border closings and she hurriedly prepared to fly home.

“I was hesitant because I had just begun to make some important breakthroughs in my research project, but I knew that I couldn’t take the risk of having to stay longer because it would cost me a lot of my savings,” said Fokakis who partly funded her trip. Her travel also was sponsored through MSU’s Judy and Bobby Shackouls Honors College and a National Strategic Planning and Analysis Research Center Fellowship.

“I plan to be a physician scientist,” said Fokakis, who has wanted since childhood to be a doctor who specifically studies the causes of behavioral symptoms associated with Alzheimer’s disease. “I became interested in biomedical research around the age of nine when my grandfather developed Alzheimer’s.”

“This was an incredible accomplishment for us because Mississippi had never been nominated for a ChemLuminary before, and we were able to take one home our first year,” she said.

Fokakis graduates this month and will stay at MSU through the spring to work under Assistant Professor Sidney E. Cruetz in the chemistry department until beginning medical school in the summer. She intends to earn both an M.D. and Ph.D.

“I think my favorite aspect of MSU is how close of a community it is,” Fokakis said. “Whether you talk to a faculty member in the honors college, a professor you work directly with, a student you met two days ago, or a Starkville native who owns a local shop you frequent, everyone is banded together for common goals and truly wants the people they meet to be happy and successful. It’s a community unlike any other I’ve experienced, and I’m so blessed to be a part of it.” 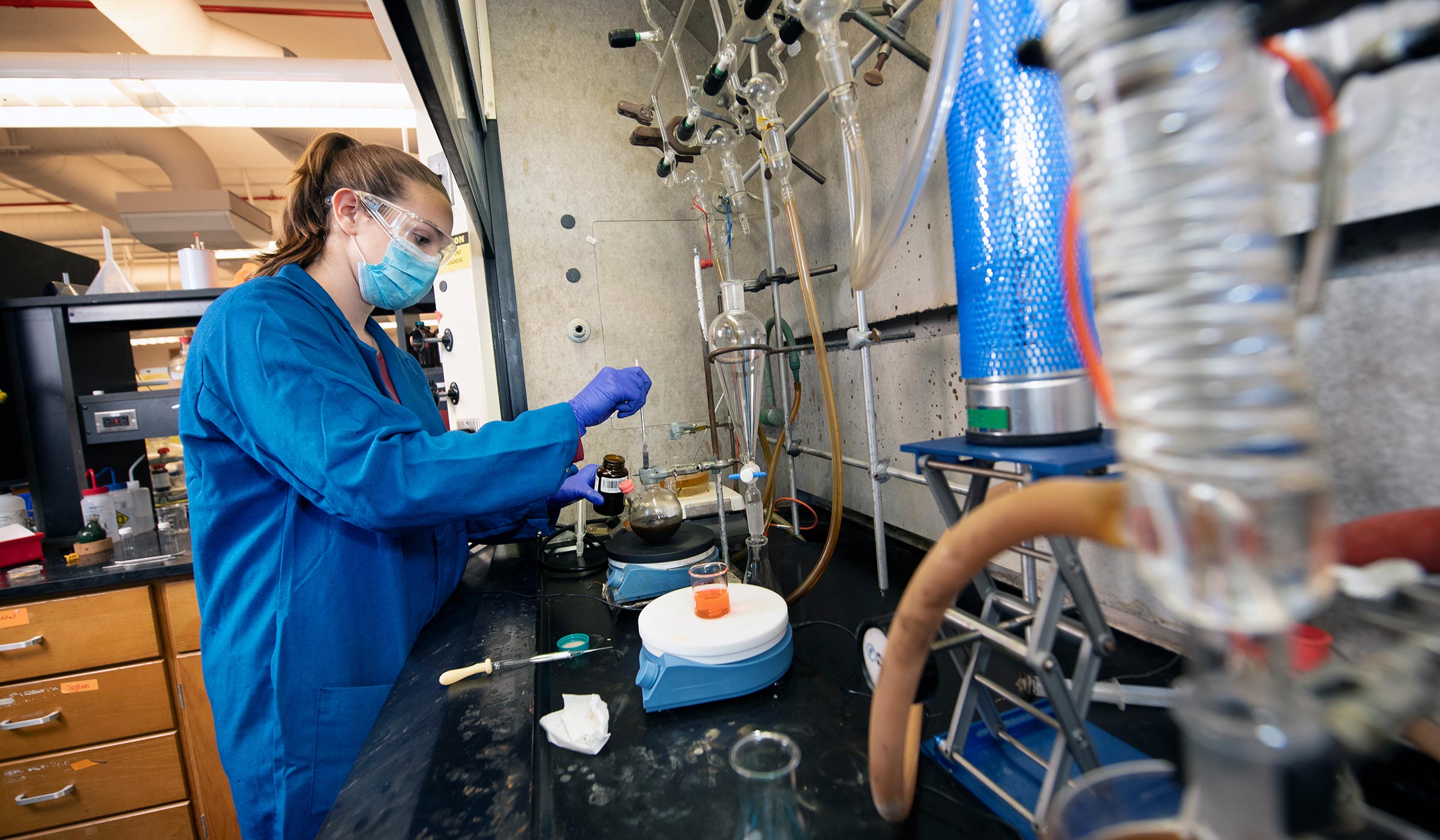 By Sarah Nicholas on