One of Jonathan Cheeks’ main goals when he enrolled at Mississippi State was to find ways to be of service to others. Getting involved with the National Society of Black Engineers was a natural first step for the electrical engineering major.

When he was given the chance to join the NSBE executive board, the Gluckstadt native found it hard to say no. This past year, after several members of the group’s previous leadership team graduated, he stepped in to serve as president.

“I just felt like this was where I needed to be, even if it wasn’t something I had really planned to do,” Cheeks said. “I saw that we were losing a lot of our core members and, with that, some of our core values. So, I saw an opportunity to help rebuild and establish something that will hopefully continue to grow and improve even after we’ve graduated. I feel that the work that the executive board did this past year really helped to develop a solid foundation for the organization.”

While Cheeks’ foray into a leadership role wasn’t necessarily planned out, the transition was made easier thanks to examples he saw both at home and during his time co-oping at International Paper.

“My father is a pastor, so he’s leading people all the time,” Cheeks said. “And my mentor at International Paper was an electrical engineer, but he’s also an engineering manager. Those have been my two role models. They helped me see that I could be of service to other students through my involvement in NSBE.”

In addition to volunteering with NSBE, Cheeks has been involved with IMAGE, the student group that helps minority engineering students gain exposure to graduate-level educational opportunities. He plans to serve as president of the Society of African American Studies as he works to complete his electrical engineering degree.

“I want to do everything I can to be in a position to help others,” Cheeks said. “That’s always been my philosophy.”

And while Cheeks won’t be serving as president of NSBE during his last year at Mississippi State, he said he’ll still be involved with the group to help younger engineering students.

“Whenever I talk to students coming up behind me, I always try to tell them that engineering is difficult but also very doable,” he said. “As long as you stick with it and have a core group of people around you—like I have my entire time here—you can make it through. You just have to believe in yourself and believe in what you know is possible.” 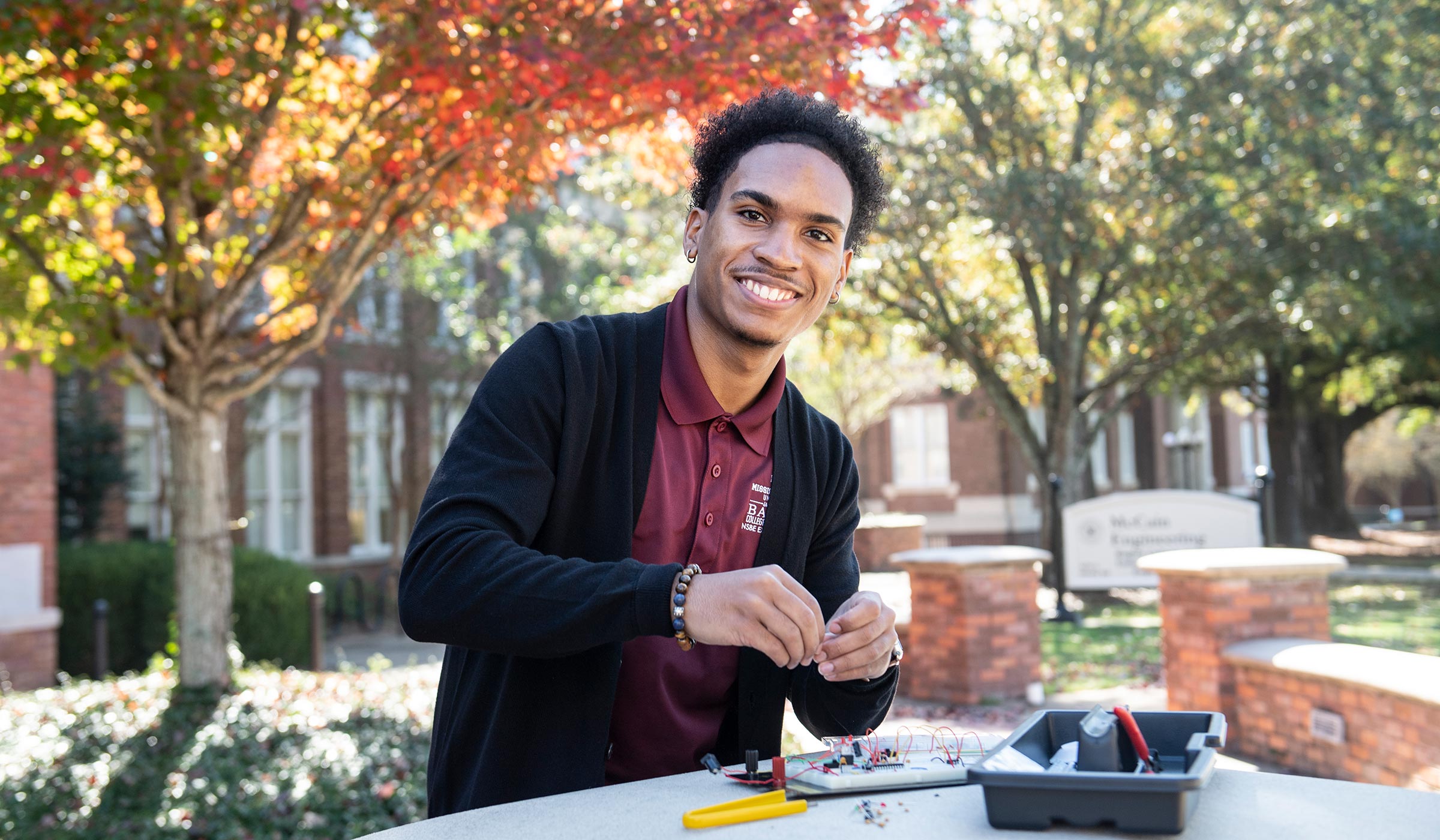 Image Alternative Text: Andy Smith, pictured behind his computer in his office.