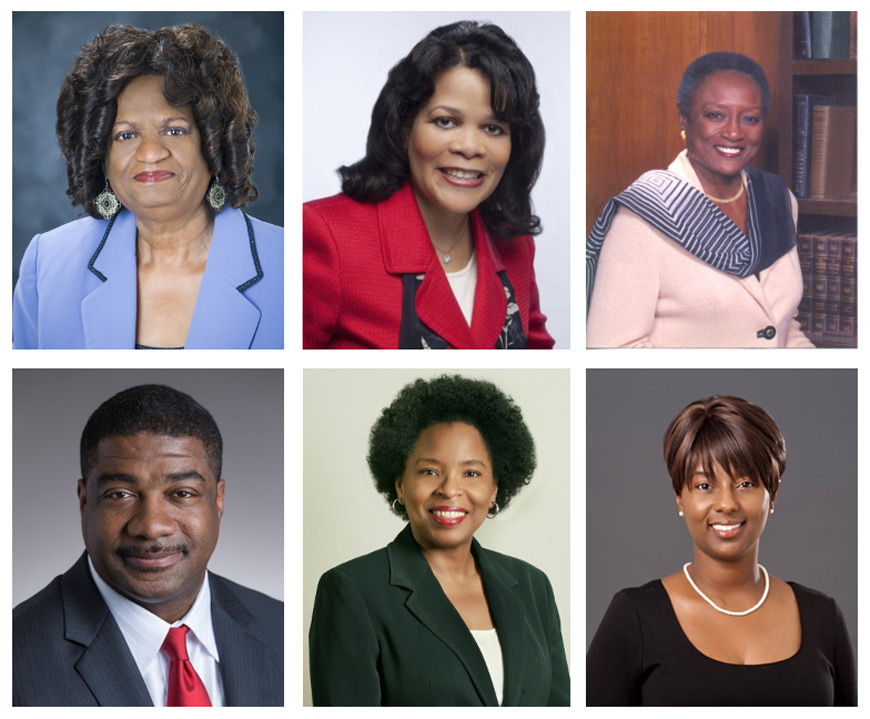 The 6 p.m. dinner is part of a two-day Men and Women of Color Summit organized by MSU’s Office of Institutional Diversity and Inclusion.

Cornelius is a veteran professor in MSU’s department of instructional systems and workforce development. Named in 2003 as Outstanding Faculty Woman of the Year by the MSU President’s Commission on the Status of Women, the Florida State University doctoral graduate is a published author who regularly serves as presenter and leader at national, regional and state professional conferences.

Crouther is senior vice president and general manager for Herndon, Virginia-based Hewlett-Packard Enterprise Services in the U.S. Public Sector. She provides information and technology services to clients in the defense, homeland security, health care, intelligence, civilian, state and local government markets throughout the nation. In addition to an MSU degree in professional accountancy, she is a licensed certified public accountant in Texas.

Jenkins was president of Jarvis Christian College in Hawkins, Texas, for 18 years before retiring in 2008. A former MSU presidential assistant for minority affairs, she holds bachelor’s and master’s degrees from Jackson State and Delta State universities, respectively, and a 1978 MSU doctorate in education administration.

The president of the Houston, Texas-based Chevron Pipeline Co., Albert J. Williams manages an extensive network of North American crude oil, natural gas and refined product pipelines and storage facilities. In addition to a 1990 MSU electrical engineering degree, he holds a 1998 MBA from Tulane University. He is a member of MSU’s Electrical and Computer Engineering Advisory Board and Bagley College of Engineering Diversity Advisory Board.

Wanda Williams is deputy freedom of information officer with the Office of General Counsel of the National Archives and Records Administration in College Park, Maryland. NARA is an independent federal agency that preserves and makes accessible vast amounts of government records dating back to the Revolutionary War. An MSU communication graduate, she was a broadcast journalist for 15 years before to joining NARA. She also holds a master’s in U.S. history, with an emphasis on U.S. foreign policy in the Caribbean.

Young is a state and government relations specialist of nearly two decades now associated with the Jackson office of Cornerstone Government Affairs. Past national president of the MSU Alumni Association, she is a 1994 communication management graduate who went on to complete a master’s degree in agriculture and extension education two years later. The Mississippi Business Journal included her in its Top 40 Under 40 and Top 50 Business Women honors in 2005 and 2006, respectively. She also was named a Woman of Distinction by the Girl Scout Council of Middle Mississippi.

Image Alternative Text: Gartin Building Courtroom with the Great Seal of the State of Mississippi

Court of Appeals to visit four college campuses this fall