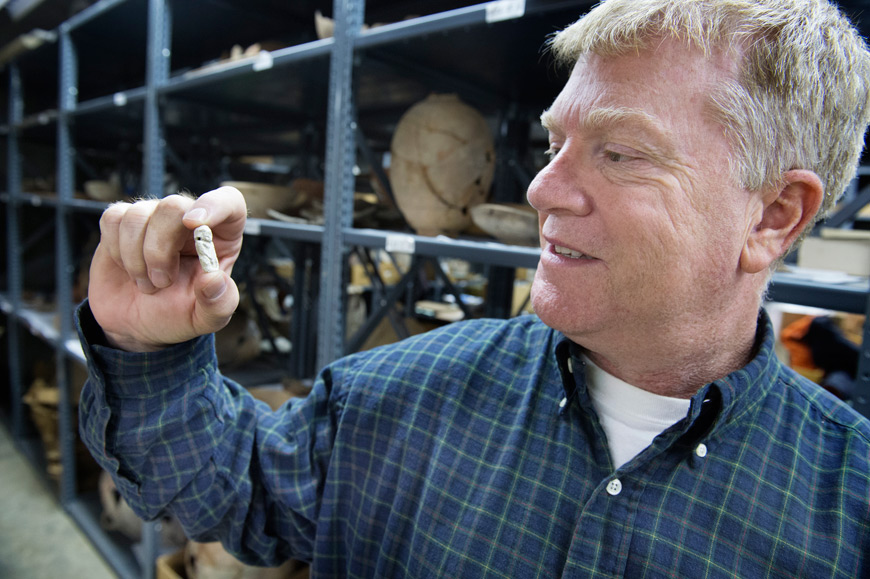 STARKVILLE, Miss.—A free Friday and Saturday [Feb. 19 and 20] program at Mississippi State has been designed to help the general public gain a better understanding of ancient Israel.

The university symposium and workshop will focus on new archaeological finds uncovered at Khirbet Summeily, a small Iron Age site on the ancient border between what then were the kingdoms of Judah and Philistia.

Taking place at the Cobb Institute of Archaeology and a nearby campus location, the public event is sponsored by the institute, College of Arts and Sciences and its department of anthropology and Middle Eastern cultures, with major support from the James W. Criss Trust.

Beyond just highlighting recent discoveries, the various sessions will underscore their significance in understanding life during the 11-9th centuries BCE, a period of secondary state formation in the Levant region historically associated with biblical kings David and Solomon.

Speakers will include noted archaeologists, biblical scholars, epigraphers and historians from Canada and Israel, as well as MSU and other U.S. institutions of higher learning.

Activities get underway at 4 p.m. Friday [the 19th] with a reception at the institute, which is located at the intersection of East Lee Boulevard and Hardy Street.

Also Friday, a 5:15 p.m., plenary presentation in Room 102 of nearby Harned Hall will be led by Zvi Lederman of Israel’s Tel Aviv University. Director of the Tell Beth Shemesh Excavations, he will describe a recently uncovered Late Bronze Age palace and its relationship to the famous Egyptian el-Amarna Letters.

Saturday [the 20th], speakers for presentations also in 102 Harned will include:

—9:30 a.m., J.P. Dessel of the University of Tennessee, “The Rise and Fall of Tell Tayinat-Kunulua: Statuary and State Formation in the Amuq Plain, Turkey” and

—10:30 a.m., Jeffrey Blakely of the University of Wisconsin, “The Iron Age Settlement at Khirbet Summeily.”

Additionally from 1:30–5 p.m. Saturday in either 102 Harned or 201 Cobb [TBA], a workshop will involve a succession of presenters, each speaking for about 25 minutes. They and their topics include:

—Chris Rollston of George Washington University, “Writing in the Southern Levant during the 10th and 9th centuries B.C.E.”

—Andy Vaughn of the American Schools of Oriental Research in the U.S., Israel and other locations, “A Modest Jerusalem Does Not Mean a Meager Monarchy: A Broader Look at the Kingdoms of David and Solomon.”

—Timothy Harrison of the University of Toronto, “The Battle for Armageddon: David, Solomon and the Early Israelite Monarchy as Viewed from Megiddo.”

—Rachel Hallotte of the State University of New York’s Purchase College, “Shifting Population Groups in a Border Region: An Analogy between the Late Ottoman/Mandate Period and Early Iron II in the Tell el-Hesi Region.”

Image Alternative Text: A student reads music on a tablet during an evening choir rehearsal led by MSU Professor Gary Packwood, who is pictured in the distance