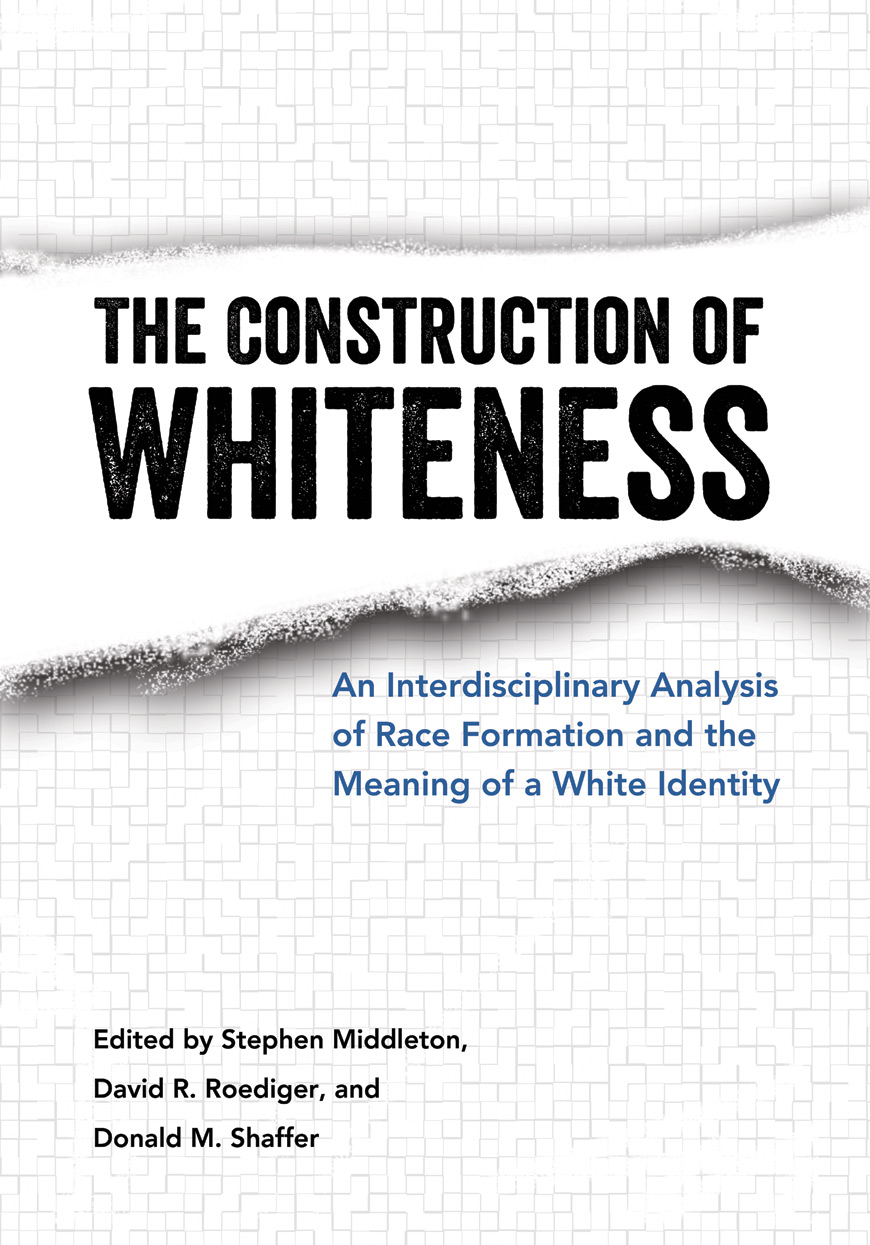 Stephen Middleton, professor of history and director for African American Studies at MSU, along with associate professor of English and African American Studies Donald Shaffer, served on the editing team for “The Construction of Whiteness: An Interdisciplinary Analysis of Race Formation and the Meaning of a White Identity.” A University Press of Mississippi publication, the collection of essays specifically looks at the origins of white privilege and the various social, cultural, political and economic practices that underwrite its ideological influence in American society. David Roediger of the University of Kansas also was co-editor.

“This book explores an old story in American culture,” said Middleton, the project’s lead editor. “It reviews a time when we thought about ourselves in certain ways, and the two categories that defined us more than any other were ‘white’ and ‘black.’ It’s an old story of what we’ve learned about our history and what we tell ourselves.”

“Whiteness” is a socially and legally constructed category, Middleton said, woven into the American psyche over time based on the need for cheap labor. This established a power and economic structure favorable to whites that socially and legally denied access to non-whites.

Middleton said while this historical structure manifests overtly in many ways, it also continues to appear subtly in cultural references. For example, white dresses represent purity at weddings and foremen wear white hats at construction sites. Conversely, mourners wear black to funerals and darkness is typically associated with ominous or negative events, he noted. Comprehensively, both the overt and subtle trappings of the prevailing power narrative allow whites to feel superior or entitled, while blacks learn to believe they are “not as good,” Middleton said.

Different writers bring different disciplinary perspectives to “The Construction of Whiteness,” including history, law, communication, sociology and literature. Middleton’s chapter addresses 19th century America and how the notion of white privilege was created in popular culture before it was enacted into law. Other chapters talk about subjects such as mixed race identity, legal and cultural double standards based on race and emancipation from the illusion of whiteness as a privilege.

Though Middleton said the book itself doesn’t offer solutions to the problem it addresses, he hopes it will enlighten readers to an equal view of race.

“The perceptions of whiteness and blackness stem from a misunderstanding of who we are as a human race,” Middleton said. “When people have this misunderstanding of who they are, it makes it easier to oppress their brother, sister, cousin or neighbor. We can’t use old tools to solve problems because more of the same doesn’t allow us to change. Instead, we must educate and endow humanity with the tools necessary to change.”

Merivaki in The Conversation: Midterms 2022