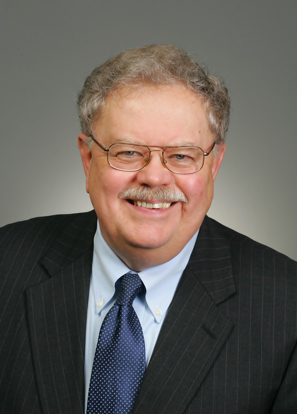 STARKVILLE, Miss.— A former director of the Harry S Truman Presidential Library will be the keynote speaker at the 15th annual John F. and Jeanne A. Marszalek Speaker Series, which will take place Wednesday, March 22 at 2 p.m. in Mitchell Memorial Library’s Grisham Room.

Michael J. Devine, a longtime member of the Ulysses S. Grant Association Board of Directors, will deliver Wednesday’s featured lecture. His presentation is titled “Presidential Libraries: An Inside Look.” The lecture series is sponsored by Mississippi State University Libraries in honor of the Marszaleks. Devine served 40 years in the management of major historical organizations, highlighted by serving as the director of the Harry S Truman Presidential Library in Independence, Missouri, from 2001-2014. He is presently an adjunct professor of history at the University of Wyoming.

Devine has published widely on the Truman era, U.S. diplomatic history, Illinois history and the history of the American West. He has served as a senior Fulbright lecturer in Argentina and Korea, and he was named the Houghton Freeman Professor of American History to China’s Johns Hopkins-Nanjing University Graduate Center in 1998. In 1999, he was elected president of the National Council on Public History, and in 2014, he was given that organization’s Dr. Robert Kelley Memorial Award for lifetime distinction. A former Peace Corps volunteer to Korea in 1969 and 1970, Devine received his master’s and doctoral degrees from Ohio State University.

John F. Marszalek, the executive director of the Ulysses S. Grant Association and the U.S. Grant Presidential Library and his wife, Jeanne, have long been supporters of Mississippi State University Libraries. The lecture series began 15 years ago when the Marszaleks approached Frances Coleman, dean of MSU Libraries, with the proposal of creating a fund to purchase primary source materials for the library’s collections each year. Coleman suggested that, in addition to purchasing materials, the library should also host a nationally renowned speaker each year and, with the aid of the MSU Department of History, provide graduate students with the chance to present their work.

Image Alternative Text: Grassy field with trees on the cover of MSU Professor of Music Jason Baker's "All Saints" album