The tawny crazy ant, also known as Nylanderia fulva, is a non-native ant species that has been found in the southern United States, including Hancock, Jackson and Harrison counties in Mississippi. The ants are not widely distributed on the Mississippi gulf coast, but their presence can be overwhelming in areas that contain a crazy ant population, according to MSU researchers who study and monitor the ants. 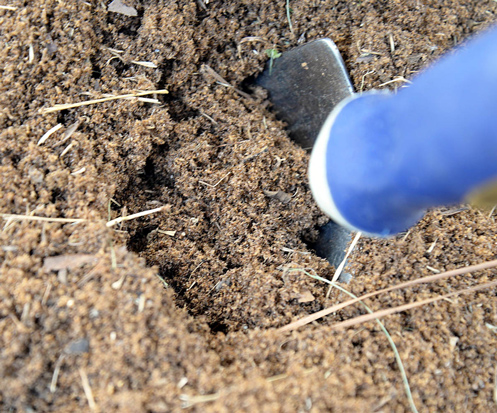 Blake Layton, an extension professor in MSU’s Department of Biochemistry, Molecular Biology, Entomology and Plant Pathology, has been developing guidelines to help homeowners deal with heavily infested areas, which can contain millions of ants, and prevent new populations from forming. 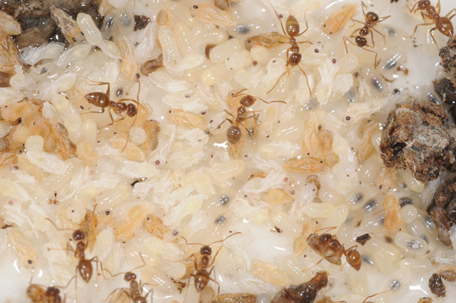 “When I go visit homeowners, I’ll ask them if they’ve had an electrical short,” Layton said. “They don’t just say they’ve had one; they start naming the last half dozen they’ve experienced. That’s the real problem with these things.”

The tawny crazy ant was first documented in Hancock County in 2009, with infestations first recorded in Jackson County in 2010 and in Harrison County in 2012. In addition to Mississippi, crazy ants have been reported in Texas, Louisiana, Alabama, Florida and Georgia. Researchers at MSU, including those with the MSU Extension Service and the Mississippi Agricultural and Forestry Experiment Station, are collaborating with other southern universities to study the crazy ant and track its movement across the southeast United States.

“Everybody combines what they have, but the first step is knowing what populations are really crazy ants and seeing how they’re spreading,” said Joe MacGown, research technician/science illustrator in the Department of Biochemistry, Molecular Biology, Entomology and Plant Pathology. “My role is providing information to other people. We provide specimens to other researchers who may be doing genetic or chemical work, trying to figure out ways to control these things.”

Tawny crazy ants are known for their erratic movements when foraging, which helped give them their common name. They are often confused with the Argentine ant, known to most as “sugar ants.” The crazy ant came to the United States from South America and has been causing issues in Texas and Florida for more than ten years.

MSU Extension agents on the coast help monitor the spread of crazy ants in Mississippi. Although they are easy to kill, the ants are difficult to control because of their massive scale, according to Layton. Treated areas are often quickly re-infested by ants migrating from adjacent untreated areas. The surviving ones can travel over the large swath of dead ant bodies without contacting insecticide treated surfaces. Layton said Termidor SC, which has a special use exemption in Mississippi’s coastal counties and can only be applied by professional pest control companies, has shown quality results in trials and is one of the best long-term treatments available.

“We have several reasonably effective treatments right now, but for a homeowner to do it themselves, it’s tough,” Layton said. “They really need professional help, and it can be expensive to do it right.”

David Cross, research associate II in the Department of Biochemistry, Molecular Biology, Entomology and Plant Pathology, studies the cold tolerance of crazy ants. The ants are typically found in warm coastal climates, but Cross said preliminary data shows the ants can be subjected to below freezing temperatures and still rebound. Cross said the ants are “chemical powerhouses” which allows them to drive out other native species when they infest an area.

“A lot of the ecology is still unclear,” Cross said. “Maybe the native species will adapt a little bit, and the effect of these really dense populations will be lessened over time.”

It is still unclear how the ants ended up in Mississippi. MacGown said the ants can be unknowingly transported in items such as wood, potted plants and hay if people do not pay close attention to what they are moving.

“People in our larger research group are looking at the genetics of crazy ant populations, where they come from and how they’re spreading,” MacGown said. “We don’t really know with certainty right now.”

MSU's Blank in The Conversation: Yes, US economy may be slowing, but don’t forget it’s coming off the hottest year since 1984 – here’s who benefited in 4 charts