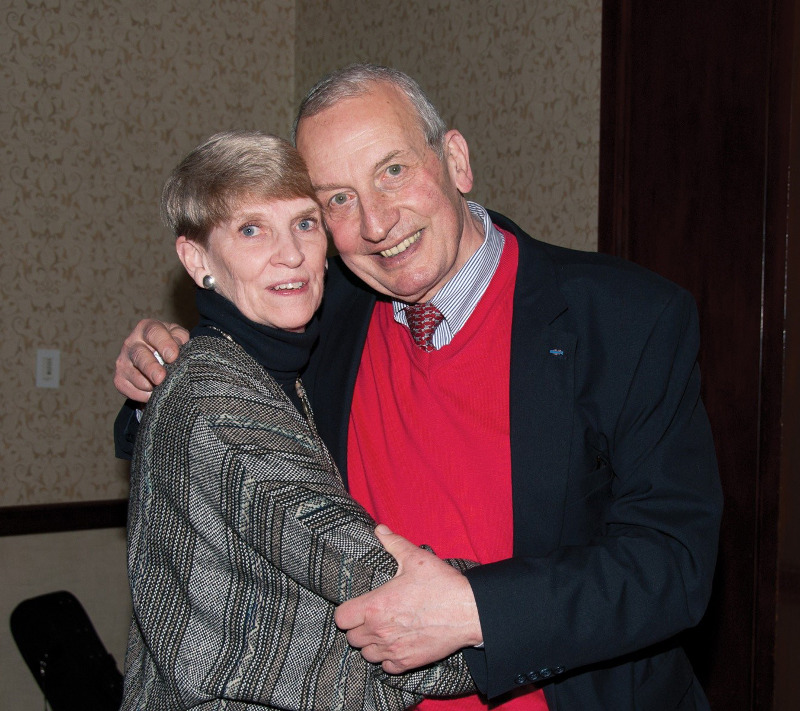 MSU President Mark E. Keenum and Judge Williams today [June 20] announced the extraordinary gift that Keenum said will transform MSU into one of the nation’s leading destinations for scholars and students of the American Civil War.

Williams, the longtime president of the Ulysses S. Grant Association, was previously instrumental in relocating that group and its own archives—now the Ulysses S. Grant Presidential Library—to MSU nine years ago. By donating his extraordinary Lincoln collection, Williams has also helped elevate MSU into a presidential research center of national prominence.

The collection, which Judge and Mrs. Williams will officially gift to the Mississippi State University Libraries, has been valued at nearly $3 million.

Committing themselves to providing perpetual support to maintain, study and publicly display highlights from the collection, the Williamses have also offered a promised gift of $500,000 for the creation of the Frank J. and Virginia Williams Research Fund—an endowment to Mississippi State to curate the material in the years to come.

Additionally, the Williamses have pledged to fund a new, annual Frank and Virginia Williams Lecture in Lincoln and Civil War Studies at Mississippi State. And in an extraordinary gesture, they will continue to make acquisitions to add to the collection at MSU.

“Mississippi State University is immensely proud to receive the Frank and Virginia Williams Collection of Lincolniana, a truly unique and comprehensive collection that provides unprecedented insight into the life and times of our 16th president and the Civil War era,” Keenum said. “With this incredibly generous donation and their guiding hand in bringing what has become the U.S. Grant Presidential Library to our campus, the Williamses have made MSU one of the nation’s foremost repositories for research into this pivotal period in our nation’s history.”

Williams said, “As a longtime supporter of the Ulysses S. Grant Association—which I am so proud to say is now permanently housed at MSU—I believe the college is the perfect repository for the material that my wife and I have spent a lifetime gathering, preserving, studying and making available on request to research scholars among our countless friends in the Lincoln world.  MSU’s commitment to the study of Grant, the Civil War—and, now, Abraham Lincoln—in the heart of the Deep South takes us a giant step forward in our ever-challenging quest for civility, common purpose and national unity.

“When we brought Grant to Mississippi, some doubters scoffed that neither Civil War scholars nor a Southern campus would welcome the change. But the reverse has been true. I feel privileged to have the opportunity now to invite Grant’s commander-in-chief to join his most famous general on a campus that is so manifestly committed to scholarship, research and interpretation of this historical period and its greatest figures,” he said.

Williams has notched a long and acclaimed career in Lincoln studies and organizational leadership. He has served as president of the Lincoln Group of Boston, the Abraham Lincoln Association, and for the past 21 years, as founding chairman of The Lincoln Forum, a national organization that hosts an annual November symposium at Gettysburg, Pennsylvania. As president of the Grant Association, Williams spearheaded the successful negotiation to bring the Grant papers to MSU in 2008 from their former home at Southern Illinois University. In 2012, the Ulysses S. Grant Association designated the holdings at MSU as the Ulysses S. Grant Presidential Library.

The Frank and Virginia Williams Collection of Lincolniana comprises more than 17,000 items, including artifacts, photographs, statues, paintings, popular prints, broadsides, philately, collectibles and miniatures, as well as numismatics. Nearly 100 original manuscripts and the entire, legendary Claude Simmons collection, which consists of a dozen bankers’ boxes of Lincoln-related materials and scrapbooks, also is included.  In addition, the gift includes some 12,000 published volumes (many of them exceptionally rare), separated into two collections: the Lincoln Book and Pamphlet Collection and the Civil War/Collateral Book and Pamphlet Collection, comprehensively covering historical writing on the Civil War era from 1860 to the present, and including nearly every title ever published on Lincoln.

Williams, 76, said he began his Lincolniana collection as a sixth-grade student in his native Rhode Island. “I used my lunch money—all 25 cents a day—to buy used Lincoln books. That’s how I started collecting,” Williams said. “With the encouragement and help of Virginia, this passion has never abated.”

His early interest in Lincoln, sparked by daily exposure to a portrait of the 16th president hanging in his Rhode Island classroom, evolved into a deep admiration of the 19th century’s most prominent historical figure and also inspired Williams to follow in Lincoln’s footsteps and pursue a career in law.  Lincoln’s legacy remains inspirational, he said, “because of his exemplary character, his strong leadership in crisis, his unwavering political courage, and the fact that he trusted his own judgment, even after he made mistakes, which we all do.  Lincoln continues to be ranked by historians as our greatest-ever president, and he should continue to be studied and appreciated in the future.”

Asked to name his best-loved Lincoln artifact, Williams emphasized that while he has been able over time to acquire more and more precious items, “it’s really difficult to put a finger on one particular favorite, when you are entrusted with, and love, so many of them.”

He said that among his most treasured pieces are a first edition, first printing of the 1858 Lincoln-Douglas debates, signed by Lincoln as President in 1863, as well as a full-length Lincoln portrait by James Montgomery Flagg, creator of the iconic Uncle Sam “I Want You” military recruiting posters for both World Wars. Also among the most prized items is an early copy of the Emancipation Proclamation, printed in miniature for distribution by Union soldiers in the South. Williams said that although many copies were printed during the Civil War, very few have survived. Single copies are valued at up to $20,000. Among the statuary to be donated are superb early casts of the Lincoln busts from life by Leonard Wells Volk (1860) and Thomas Dow Jones (1861).

Williams is a graduate of Boston University and Boston University Law School, and earned a Master of Taxation degree from Bryant University. A longtime jurist in the Rhode Island court system, he served on the state’s Superior Court beginning in 1995 before ascending to the Supreme Court bench in 2001, serving as chief justice until his retirement in 2009. A veteran of the U.S. Army, he served three years in Germany and one year in Vietnam, for which he was highly decorated by both the U.S. and the Republic of Vietnam. He was appointed by President George W. Bush to the U.S. Court of Military Commission Review, the military appeals court responsible for adjudicating detainment cases in Guantanamo, and served as its Chief Judge from 2007 to 2009.

Virginia Williams is a Texas native and graduate of North Texas State University. She served as a teacher overseas for the U.S. Department of Defense, and met her husband during their mutual time in military service. She was a kindergarten teacher in the Cranston, Rhode Island, public schools for nearly three decades, and has been deeply involved with The Lincoln Forum since its inception.

A popular lecturer, Williams not only speaks semi-annually at The Lincoln Forum, but appears as well at Civil War Round Tables, Lincoln Groups, college campuses, and other organizations, writes often for magazines and newspapers, and teaches at both the Roger Williams School of Law and the U.S. Naval War College in Newport, Rhode Island.

In 2006, MSU’s Pre-Law Society awarded Williams its prestigious Distinguished Jurist Award, and in 2011, Williams gave Mississippi State’s fall commencement address. He told graduates that young leaders of America, “are charged with an important duty – the preservation of democracy.”  He is also the winner of the Illinois Order of Lincoln, that state’s highest honor, presented during the bicentennial year of 2009. Williams served as well on both the national U.S. Abraham Lincoln Bicentennial Commission (appointed by then-Mississippi Senator Trent Lott in his role as Senate Majority Leader), and as a board member of its successor organization, the Lincoln Bicentennial Foundation.

At MSU, the Frank and Virginia Williams Collection of Lincolniana will be housed in the new $10 million addition to Mitchell Memorial Library, scheduled to open later this year.  More than 100 items from the collection will be showcased in a nearly 1,200-square-foot gallery, organized around themes such as family, politics, the law, the presidency, the Civil War, slavery, assassination, and Lincoln in popular culture. The new space will be designated as the gallery for “The Frank and Virginia Williams Collection of Lincolniana.”  The library addition will also house the Ulysses S. Grant Presidential Library, the Ulysses S. Grant Association, and the Congressional and Political Research Center.

“The Mississippi State University Library is indebted to Frank and Virginia Williams for entrusting this unique and precious collection of Lincolniana to our care,” said MSU Dean of Libraries Frances Coleman.  “Our goal is to display its great treasures on a rotating basis while making the entire archive available to researchers throughout the world by cataloging each piece, digitizing the unique materials, and developing a website for the collection.”

Marszalek emphasized, “This donation of this priceless material to MSU, when linked to our marvelous Ulysses S. Grant collection, will make MSU and the Ulysses S. Grant Presidential Library a true national center for the study of the American Civil War.”