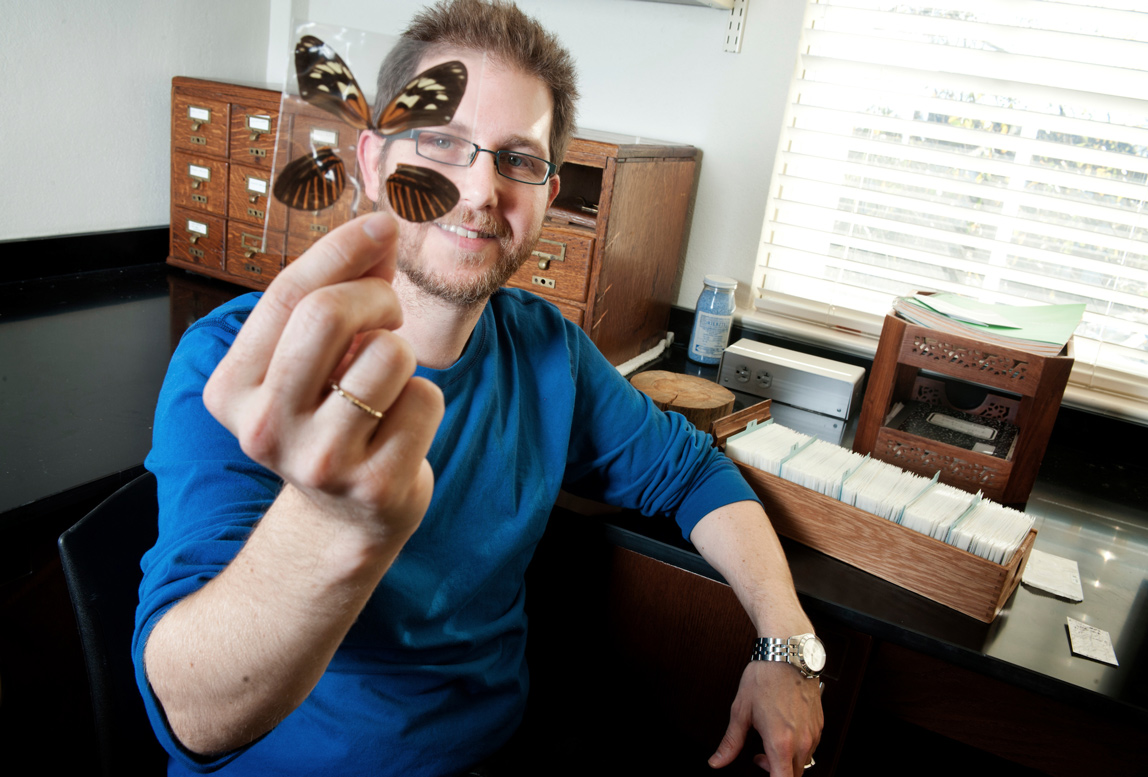 STARKVILLE, Miss.—Mississippi State is part of a new research collaboration sponsored by the National Science Foundation in which a colorful tropical butterfly is helping researchers investigate genetics and evolution.

Scientists at the Starkville land-grant university and the University of Puerto Rico—Rio Piedras will be studying the relationship in organisms between genetic material, or genotype, and physical characteristics due to gene expression and environmental influences, or phenotype.

Brian Counterman, an associate professor of biological sciences, leads the MSU research team. Ryan Range, assistant professor of biological sciences, as well as Jovonn Hill and Federico Hoffman, both assistant professors in the Department of Biochemistry, Molecular Biology, Entomology and Plant Pathology, also are part of the study that will examine genotype-phenotype relationships using color patterns of the Heliconius butterfly.

More than $1.2 million is being provided through the NSF’s Established Program to Stimulate Competitive Research, known as EPSCoR, for the MSU collaboration over four years.

National Science Foundation leaders have noted how the “genotype-to-phenotype relationship has significant societal and economic implications across scientific fields and areas of industry such as medicine, agriculture and biotechnology.”

According to EPSCoR Head Denise Barnes, “Over the past several decades, scientists and engineers have made massive strides in decoding, amassing and storing genomic data.” For that reason, the federal agency is committed to providing the U.S. scientific community, including MSU, with resources for future discoveries that may help improve food-crop yields, better predictions for human disease risk and new drug therapies.

Angus Dawe, head of MSU’s Department of Biological Sciences, said that in addition to helping “raise our profile nationally,” the project “will make possible extensive support for training students” and “extend the impact of work at MSU to other regions.”

“This award will support foundational work at the cutting edge of genetics and evolution,” Dawe said.

As Counterman recounted, groundbreaking 19th century naturalist Charles Darwin (1809-82) considered Heliconius to be “‘the most striking example’ of natural selection in the wild” because it has the ability to “work with other butterflies to train predators that they are toxic.” 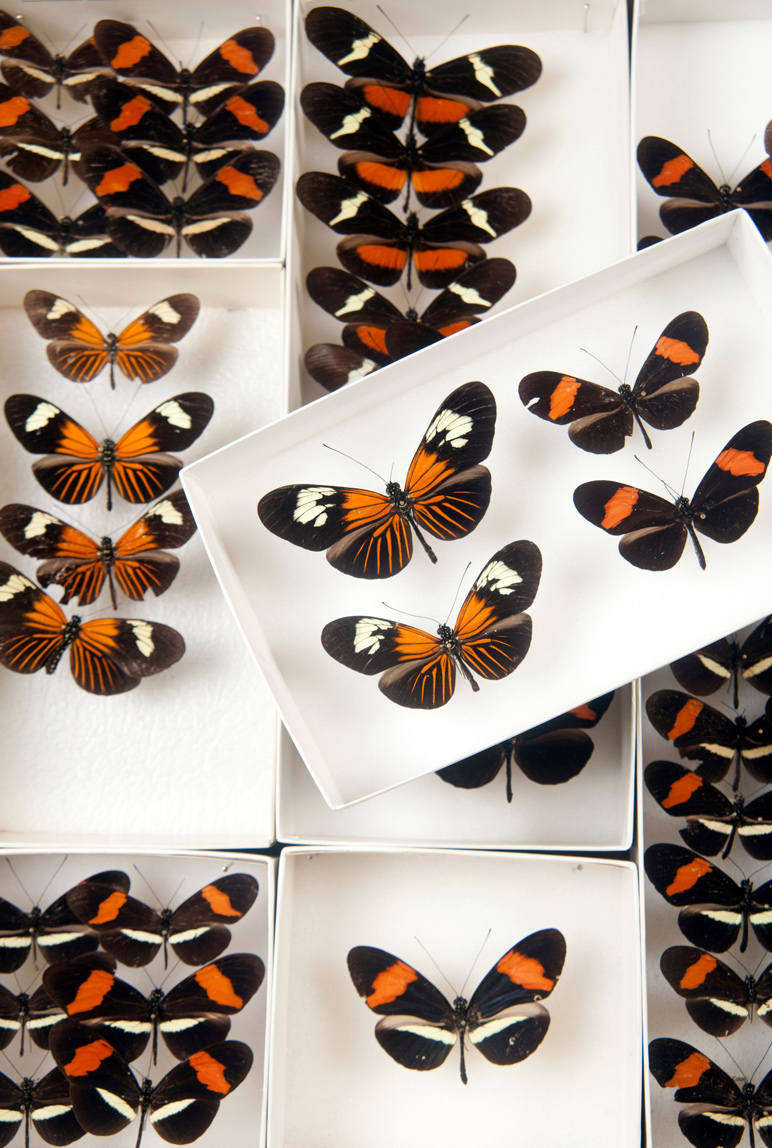 When species work together, more individual butterflies survive and produce offspring, which is “the process of natural selection at its best,” Counterman observed.

Counterman said the new inquiry actually “is an extension of a project we were already working on with Puerto Rico–Rio Piedras. When we finished in February, we decided to take it a step further and write a proposal for this grant.”

Dawe said the MSU department is proud of its faculty’s continued success “in obtaining research support from a variety of agencies, even as federal funding rates have been cut dramatically.” To be able to receive awards “in this climate is further evidence that biological sciences at Mississippi State competes with the very best programs anywhere,” he emphasized.

Counterman said he and fellow team members are excited about opportunities to provide highly specialized genomic training in both Mississippi and Puerto Rico.

An MSU faculty member since 2010, Counterman is a biology doctoral graduate of Duke University who earlier earned a bachelor’s degree in ecology and evolution at the University of California, Santa Barbara.

Dawe said that research proposals for national grants typically involve a tremendous amount of work. He expressed his department’s deep appreciation for administrative support and scientific collaborations with campus colleagues in the College of Arts and Sciences, the Department of Biochemistry, Molecular Biology, Entomology and Plant Pathology in the College of Agriculture and Life Sciences, as well as the offices of Sponsored Projects and Research and Economic Development.

“We are extremely grateful for their support, without which the submission of grant proposals could not happen,” he said.

MSU’s College of Arts and Sciences includes more than 5,000 students, 300 full-time faculty members, nine doctoral programs and 25 academic majors offered in 14 departments.  It also is home to the most diverse units for research and scholarly activities, including the Department of Biological Sciences.

Research expenditures in the humanities are also an important part of Mississippi State’s overall research portfolio.  Additionally, the NSF has ranked MSU among the top 25 for research expenditures in the social sciences.  For more information on MSU’s College of Arts and Sciences, visit www.cas.msstate.edu. The Department of Biological Sciences is online at www.biology.msstate.edu.