Sid Salter among 50 being honored for statewide life achievements 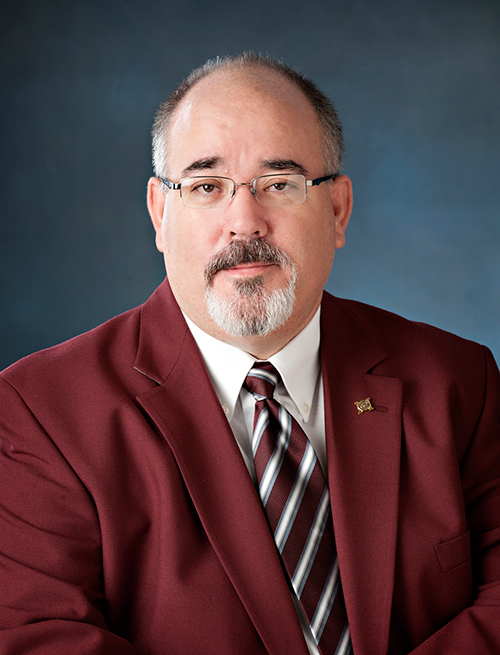 Sidney L. “Sid” Salter, also the university’s chief communication officer, is among this year’s selections for an MSTop50 award. MSU President Mark E. Keenum was listed in the inaugural class of honorees as part of the 2016 MSTop50.

Recognizing “the best of those who lead our state and influence her future,” the leadership achievement recognition was launched last year by the Y’all Politics website, Supertalk Mississippi radio network, Capitol Resources lobbying firm and Tower Loan finance company, all based in Jackson.

Formal presentation of this year’s awards takes place Oct. 17 at the Old Capitol Inn. The three winner categories include elected and appointed officials; lobbying and government relations; and business, culture and media.

Salter, MSU’s 2004 national alumnus of the year, leads a team of marketing and communication professionals in producing print, broadcast and new media content designed to advance the reputation as a nationally prominent research university. He also is administrator of the University Television Center and campus radio station WMSV-FM.

Beyond many years as editor of the weekly Scott County Times in Forest and, later, Perspectives editor at the daily Clarion-Ledger in Jackson, Salter’s career has included time as a political columnist, television commentator, talk radio host, author and educator. He is a member of the Mississippi Press Association’s Hall of Fame, and his syndicated columns have been published continuously since 1983 in state and a number of national newspapers.

As an MSU student, the Philadelphia native was a John C. Stennis Scholar in Political Science. In time, he would be proclaimed “one of the nation’s best state political reporters” by the Washington Post.

Before being named MSU’s first journalist-in-residence at the MSU Libraries, he was inaugural holder of the Kelly Gene Cook Chair in Journalism at the University of Mississippi, where he served on the journalism faculty in the 1990s.

In 2011, Salter authored a highly successful biography of Mississippi State’s longtime sports radio broadcaster that enabled funding of the Jacob S. “Jack” Cristil Endowed Scholarship, a memorial to the beloved Tupelo resident and “Voice of the Bulldogs.” Additional biographical information is found at www.opa.msstate.edu/staff/staff.php?id=ssalter.