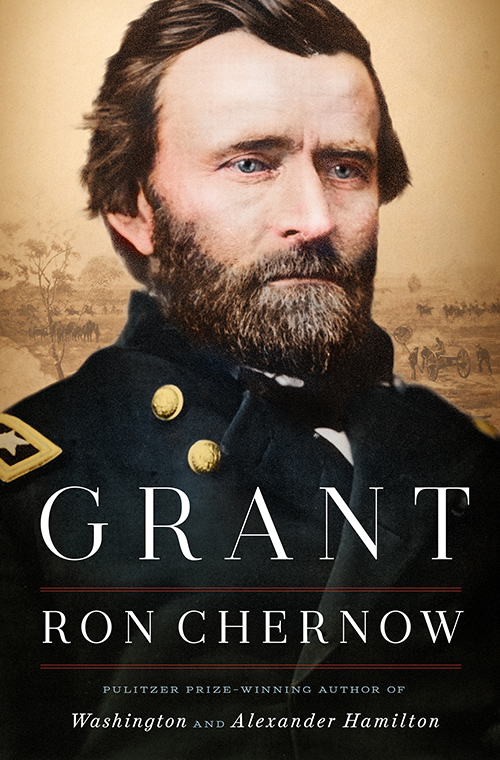 Chernow recently released a bestselling biography of Ulysses S. Grant, a project that brought him to MSU multiple times for research on the 18th president.

Chernow’s “Grant” comes after his biography of Alexander Hamilton also was a bestseller and later adapted into a hit Broadway musical. Lionsgate and Appian Way have acquired the movie rights to “Grant,” Chernow recently announced on his Facebook page. Chernow will sign copies of both “Grant” and “Hamilton” at the Nov. 29 book signing, which will also include former Rhode Island Supreme Court Chief Justice Frank J. Williams; Harold Holzer, a leading authority on Abraham Lincoln; as well as MSU’s John F. Marszalek, David Nolen and Louis Gallo, Ulysses S. Grant Presidential Library historians and authors of “The Personal Memoirs of Ulysses S. Grant: The Complete Annotated Edition.”

The event is scheduled for 4:30-5:30 p.m. in the atrium of MSU’s Old Main Academic Center and is part of the Nov. 30 grand opening of the new Grant Presidential Library and the Frank J. and Virginia Williams Collection of Lincolniana Gallery. The Grant Library and Williams Collection both are showcased in a $10 million expansion to Mitchell Memorial Library, which also includes the university’s Congressional and Political Research Center.

In the acknowledgments section of “Grant,” Chernow thanks the staff of the Grant Presidential Library at MSU for their assistance with the 1,104-page biography.

“In addition to the fifty thousand documents from the published papers, the library contains another two hundred thousand documents that never made it into print—a scholarly feast for anyone remotely curious about Grant,” Chernow wrote. “I especially profited from the numerous oral histories, profiles, newspaper interviews, letters, and diaries that conjure up Grant with extraordinary vividness.” 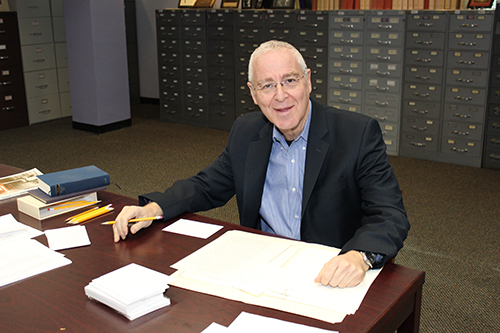 Williams will sign copies of three books he has written, “Lincoln as Hero,” “The Lincoln Assassination Riddle: Revisiting the Crime of the Nineteenth Century” and “The Mary Lincoln Enigma: Historians on America's Most Controversial First Lady.” Williams serves as president of the Ulysses S. Grant Association. Earlier this year, he donated to Mississippi State the Frank J. and Virginia Williams Collection of Lincolniana, the largest privately owned collection of Lincoln research and display material.

Holzer, who will also give a Nov. 30 lecture at MSU titled “The General vs. the President: Lincoln, Grant and the Battle for Civil War Memory,” will sign copies of “Lincoln and the Power of the Press: The War for Public Opinion,” winner of the 2015 Gilder Lehrman Lincoln Prize. He is the Jonathan F. Fanton Director of Hunter College’s Roosevelt House Public Policy Institute.

“The Personal Memoirs of Ulysses S. Grant: The Complete Annotated Edition,” published by Belknap Press of Harvard University Press, provides modern context for the historical memoirs. Marszalek, MSU Giles Distinguished Professor Emeritus of history and Ulysses S. Grant Association executive director and managing editor, edited the book, along with Nolen and Gallo, assistant editors. The annotated version of Grant’s memoirs contains more than 2,000 footnotes that provide additional information and place the former president’s thoughts in the context of when he was writing.

For more on “The Personal Memoirs of Ulysses S. Grant: The Complete Annotated Edition,” visit http://www.hup.harvard.edu/catalog.php?isbn=9780674976290.
For additional information on Holzer, visit www.haroldholzer.com.

More on the Frank J. and Virginia Williams Collection of Lincolniana can be found at http://lib.msstate.edu/williamscollection.

More information on “Grant” by Ron Chernow, published by Penguin Press, can be found at https://www.penguinrandomhouse.com/books/311248/grant-by-ron-chernow/978....

Mississippi State is one of six universities to house a presidential library. For more on the Ulysses S. Grant Presidential Library, see www.usgrantlibrary.org.