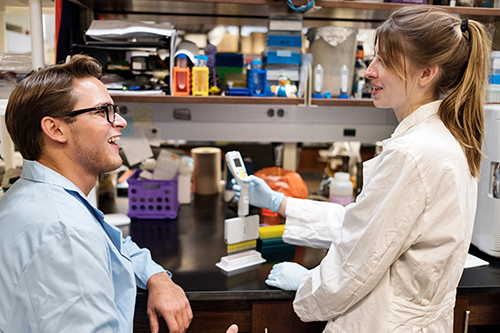 The recently released NSF Higher Education Research and Development Survey for Fiscal Year 2016 places the university at 93rd overall among public and private institutions in the country, based on $239.4 million in total research and development expenditures. It is ranked 60th among non-medical school institutions, and 64th among public institutions.

The survey is the primary source of information about research and development expenditures at U.S. colleges and universities. It found that MSU research accounted for more than half of the nearly $455 million of expenditures reported by all Mississippi institutions in FY16.

“Researchers at Mississippi State — across a broad spectrum of areas — are solving problems, developing new technologies, and creating opportunities that benefit our state and the nation,” said David Shaw, vice president for research and economic development.

“We are very proud of the diversity of our research portfolio,” he said.

Shaw cited the university’s Top 20 ranking in the social sciences as an example. MSU is 17th nationally in the discipline with $33.5 million in FY16 R&D expenditures — placing ahead of Duke, MIT, Stanford and Georgetown and other leading institutions of higher learning.

“Many people may not realize that we’re the top university in the Southeastern Conference for social science research. It’s a true testament to the innovative work of our faculty and the resources and support we’re able to provide researchers in this discipline and in many others,” he said.

The university’s $105 million in research and development expenditures in agricultural sciences and natural resources and conservation in FY 2016 represents 44 percent of Mississippi State’s overall R&D total.

“We are proud to be one of the nation’s leaders in agriculture and natural resource research — a position we have maintained for decades thanks to our exceptional faculty, staff and students,” said Greg Bohach, vice president of the Division of Agriculture, Forestry and Veterinary Medicine at MSU.

Other findings in the NSF survey include:

— Four Bagley College of Engineering disciplines were rated in the top 50, including industrial at 14th, mechanical at 23rd, aerospace at 35th, and electrical at 44th.

— Additionally, expenditures in computer science were more than $10 million — placing Mississippi State in the top 50 nationally.

The complete NSF report may be read at https://ncsesdata.nsf.gov/herd/2016.

In addition to its high NSF status, Mississippi State is the only university in the state to achieve Innovation and Economic Prosperity University status from the Association of Public and Land-grant Universities and its Commission on Innovation, Competitiveness and Economic Prosperity. The designation — attained after a rigorous review process — recognizes Mississippi State for working to advance engagement and economic well-being in the state, region and nation.