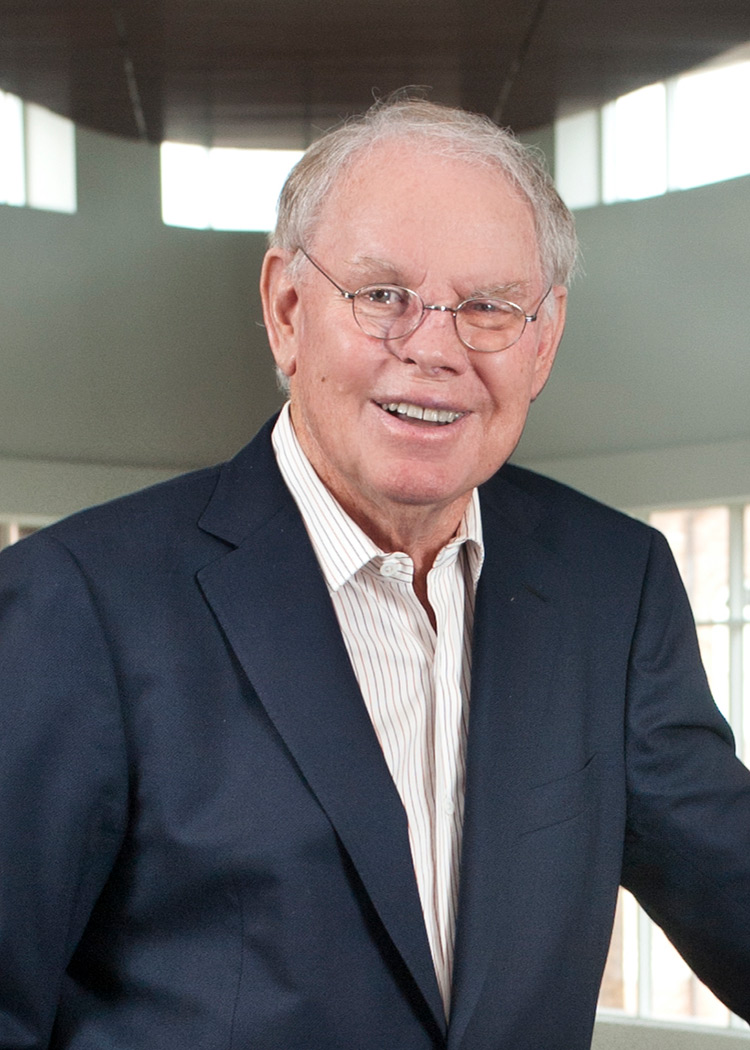 “We are proud to salute Dr. R.L. Qualls on behalf of Mississippi State University for his loyal lifelong connection to his alma mater and for his success as a banker, business executive, educator and author,” said Jeff Davis, executive director of the MSU Alumni Association. “Of some 140,000 living alumni, Dr. Qualls is a distinguished selection for alumnus of the year.”

A Mississippi native of Burnsville, Qualls earned his bachelor’s and master’s degrees from MSU in agricultural economics in 1954 and 1958, respectively, and completed doctoral work at Louisiana State University. He was awarded the Doctor of Laws Degree from Whitworth College and received a Doctor of Business Administration degree (honorarius causa) from the University of the Ozarks.

During his tenure as president and CEO of Baldor Electric, an NYSE company and member of ABB Ltd. of Zurich, Switzerland, the company reported 27 straight quarters of both increased earnings and sales growth. Baldor also twice was selected as one of the 100 Best Companies to work for by Fortune Magazine. Qualls joined Baldor in 1986 as executive vice president of finance and planning, was elected president in 1990, served as CEO from 1992-1997, and was vice chairman until year-end 2000. Before Baldor, Qualls held senior-level positions with Bank of America, including chairman and CEO of one of its banks.

Qualls currently serves as co-chairman of Taylor Companies, an investment banking mergers and acquisition firm with offices in Washington, D.C., Paris and Stockholm. He is a former presiding independent director of the Bank of the Ozarks (NASDAQ), 1997-2016. From January 1979 to July 1980, Qualls was director of the Department of Finance and Administration in the administration of Arkansas Governor Bill Clinton, as well as cabinet secretary.

Qualls also enjoyed a distinguished career in education. He served for five years as president of the University of the Ozarks and recently completed a term as chairman of the board of trustees. Early in his career, Qualls was an assistant professor of finance at MSU with a joint appointment as economist and director of research at First Federal Savings and Loan Association in Jackson. His resume includes appointments at Louisiana State, Rutgers, Southern Methodist, St. Gregory’s and Vanderbilt universities and University of South Alabama. Qualls has published a number of books and articles, including “Entrepreneurial Wit and Wisdom” (UCA Press, 1986) and “Strategic Planning for Colleges and Universities:  A Systems Approach to Planning and Resource Allocation” (Trinity University Press, 1979).

At MSU, Qualls serves on the College of Business advisory board and the MSU Foundation board or directors. He supports MSU philanthropically with his wife, Nancy. Their generosity advances the academic curriculum of the College of Business by providing for faculty support, student-led business start-ups, and administrative operations of the Center for Entrepreneurship and Outreach. 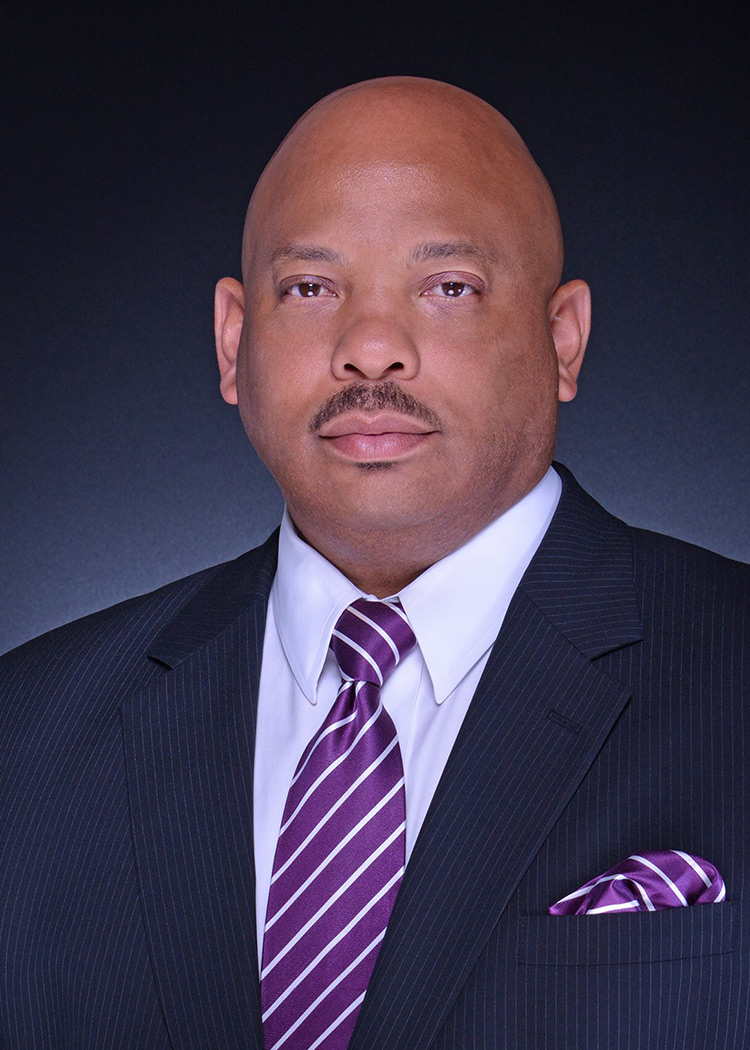 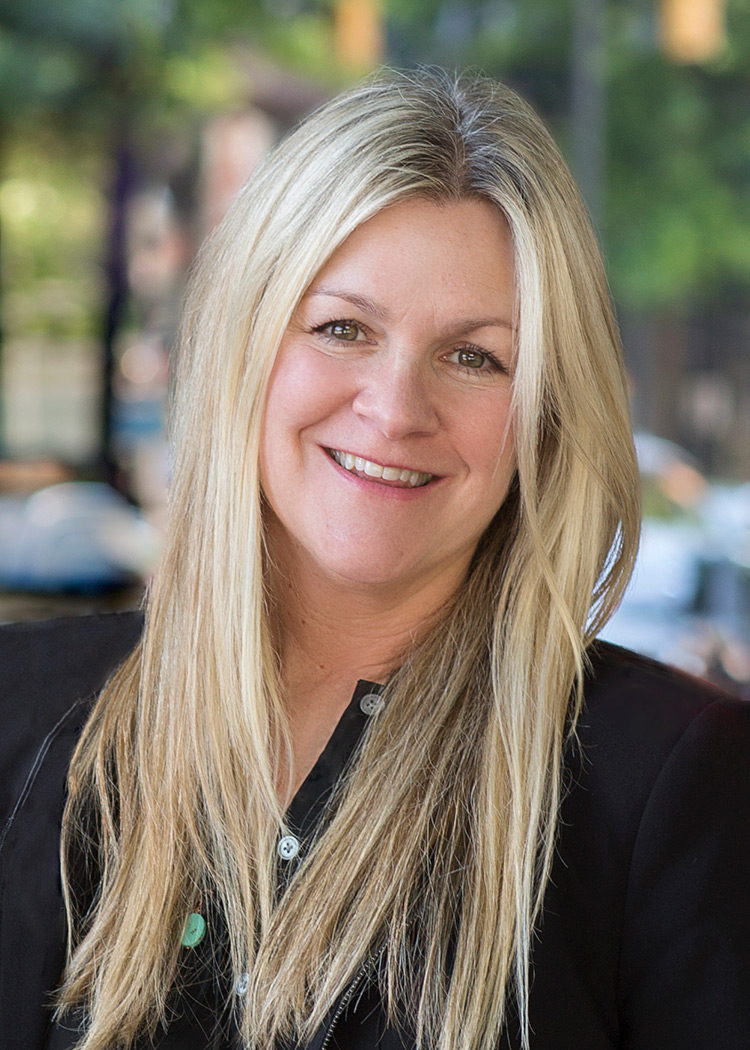 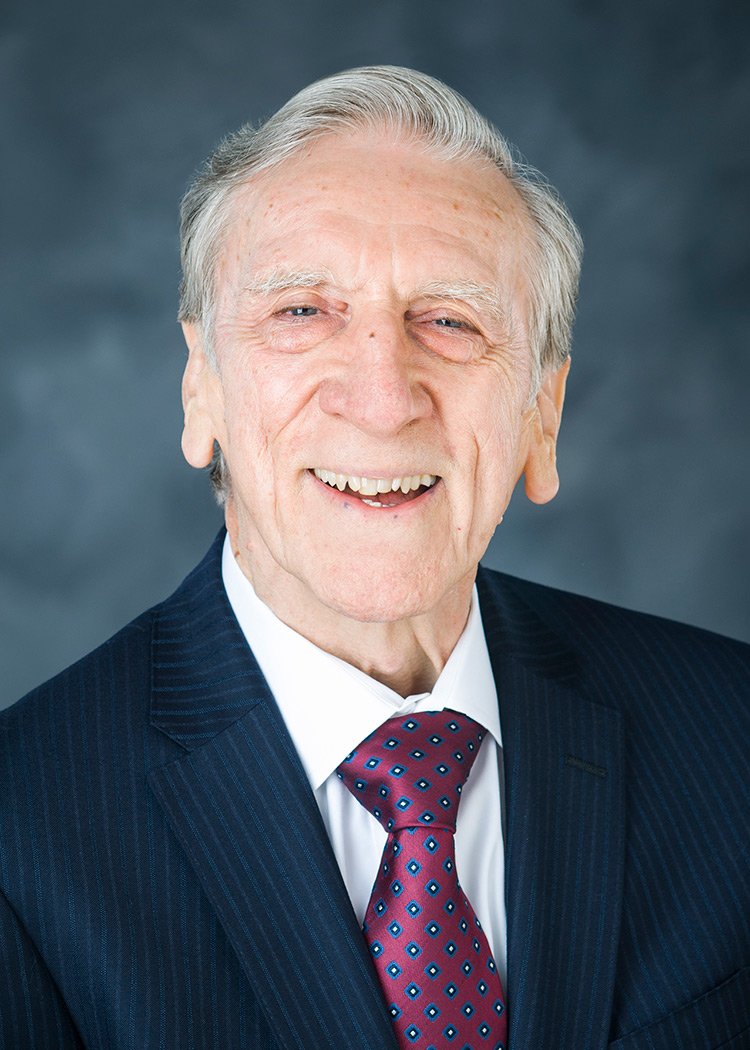 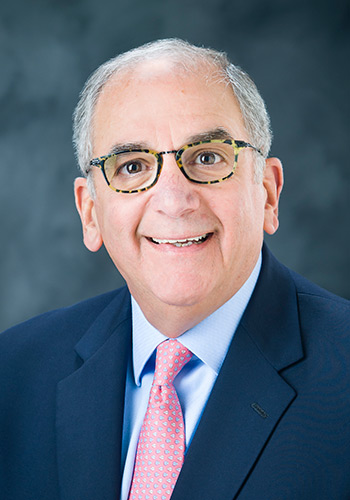 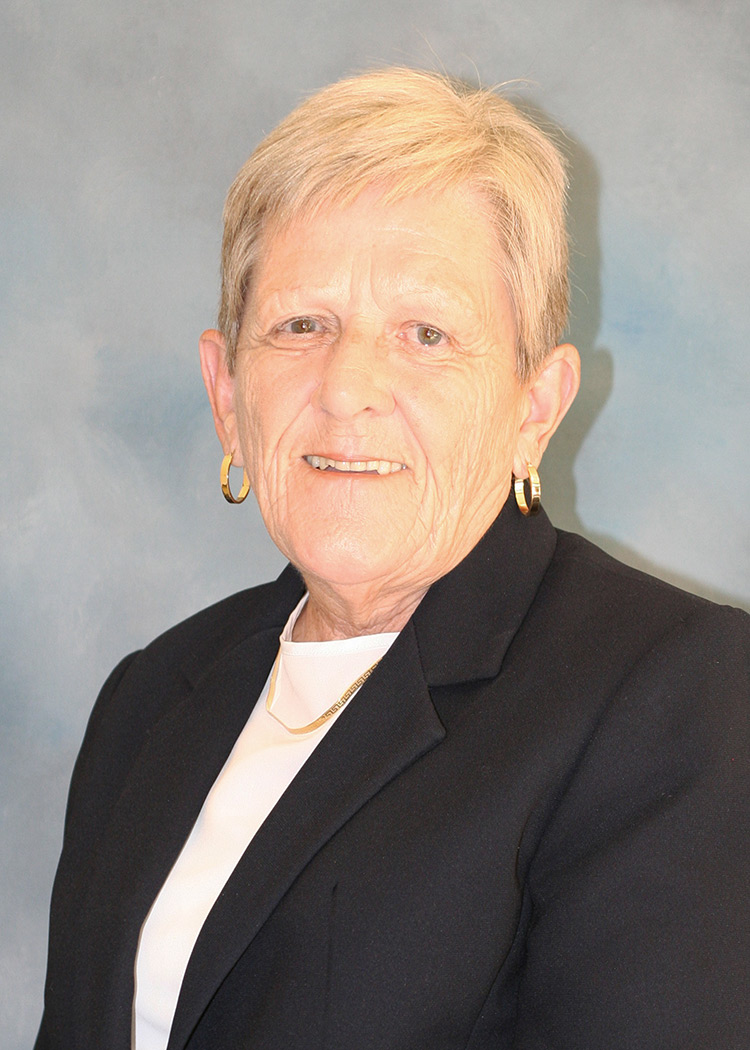 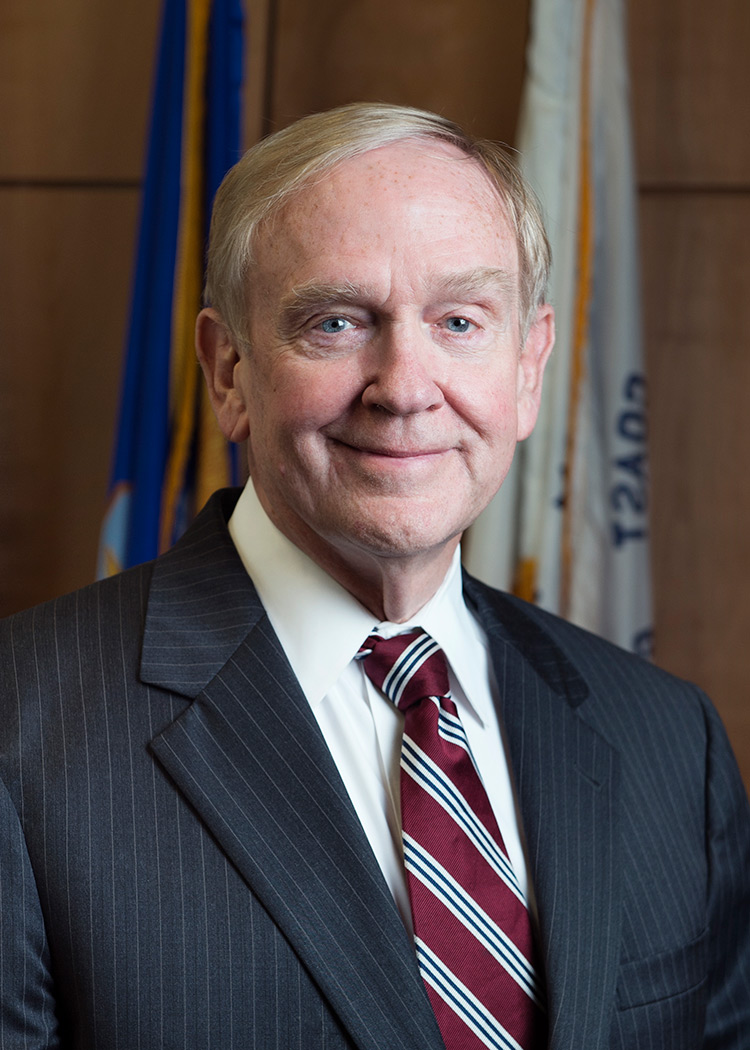 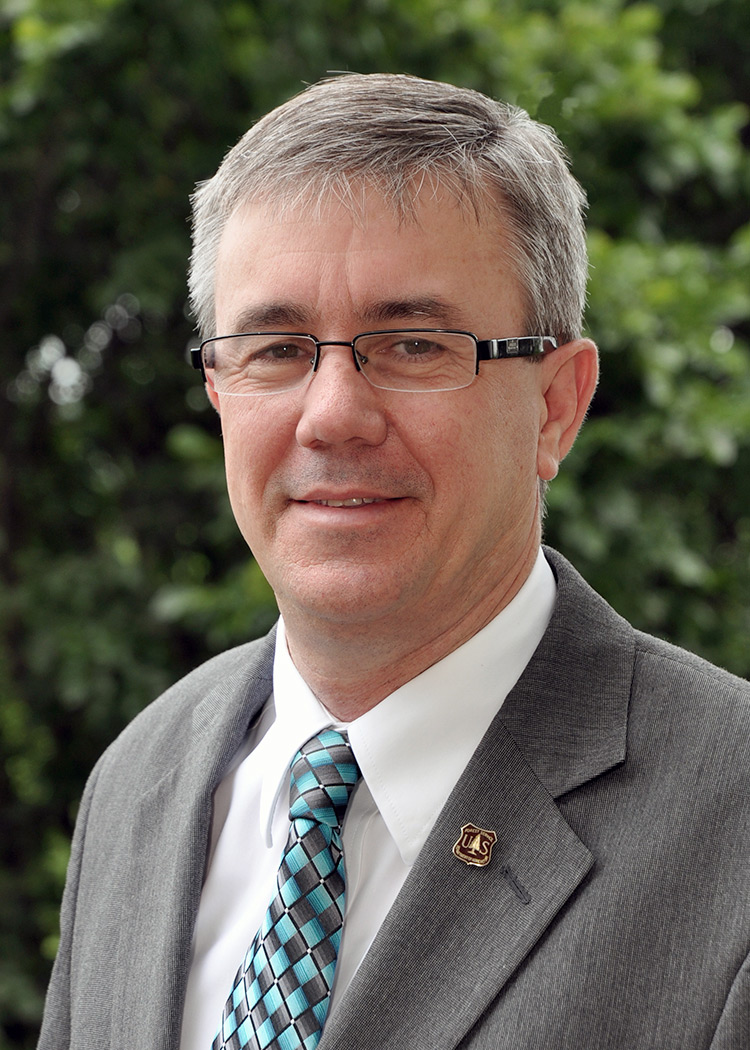 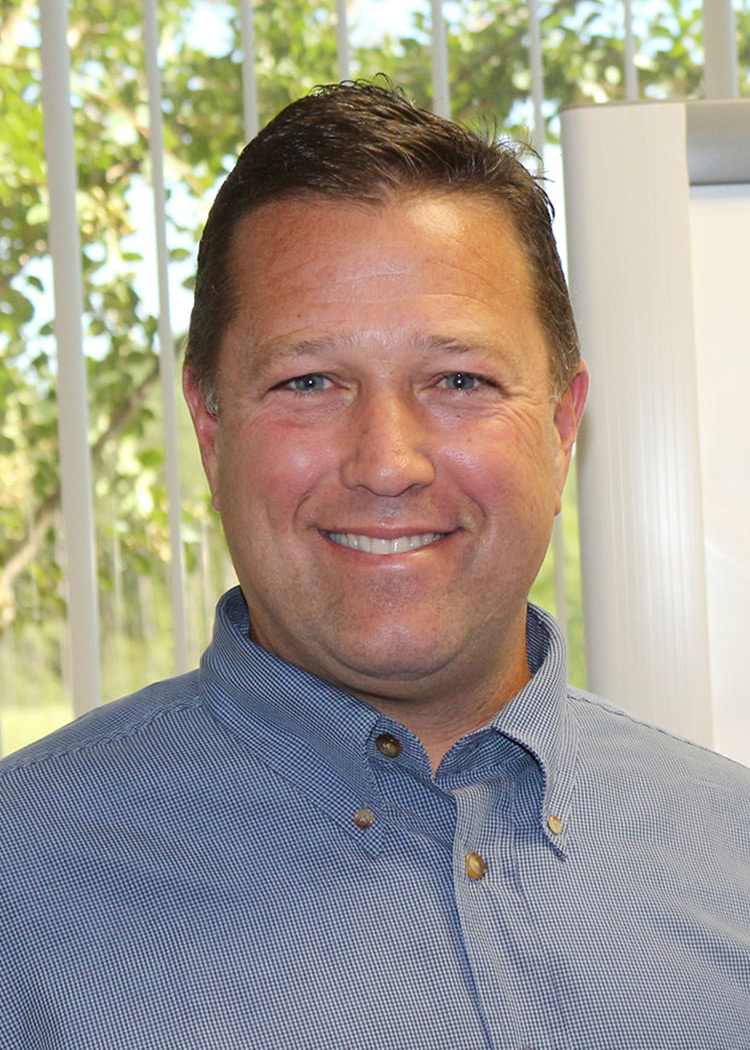 Along with the national alumnus recognition, each of MSU’s eight academic colleges will honor one graduate Friday for outstanding professional, community and personal success.

The new MSU alumni-of-the-year group for 2018 includes (by college):

—Dr. Alfred “Al” Rankins Jr. of Madison, College of Agriculture and Life Sciences. Rankins received his master’s and doctorate, both in weed science, from MSU in 1996 and 1999, respectively. The Greenville native currently serves as the 19th president of Alcorn State University, where he completed his undergraduate degree. Rankins began his career at MSU as a tenure-track assistant professor in the College of Agriculture and Life Sciences and a specialist with the Extension Service. He then served as deputy commissioner for the Mississippi Board of Trustees of State Institutions of Higher Learning, where he was chief academic and student affairs officer. Rankins also has been acting president of Mississippi Valley State University.

—Cristi C. Moore of Atlanta, Georgia, College of Architecture, Art and Design. Moore earned her Bachelor of Business Administration in marketing in 1990 and a second bachelor’s degree in human sciences with an interior design focus in 1998, both from MSU. She is design director, hospitality design leader and senior associate for Gensler, the world’s largest architecture design firm. At Gensler, the Starkville native has partnered with studio leadership to develop the firm’s Atlanta Hospitality Practice area as a standard of excellence for the Southeast region. Building on her MSU education, Moore also earned a Master of Arts in design management and strategy from the Savannah College of Art and Design.

—Dr. Howard E. Shook Jr. of Douglasville, Georgia, College of Arts and Sciences.  Shook graduated from MSU in 1962 with a bachelor’s degree in chemistry. He enjoyed a long career with DuPont as a research chemist, amassing patents still in use today and earning two DuPont Special Compensation Awards. Shook received his Ph.D. in organic chemistry from Duke University. The Belmont native concluded his career with Westinghouse, retiring in 1996.

—Dr. Janice I. Nicholson of Florence, Alabama, College of Education.  Nicholson received her master’s and doctoratal degrees in elementary education from MSU in 1967 and 1977, respectively. Over a 50-year career, she was with the University of North Alabama for 37 years in teaching and administration. She retired from Blue Mountain College, where she earned an undergraduate degree, as executive vice president for Student Affairs and Graduate and Special Programs in 2012. From 2015-2017, the Booneville native was interim head of the MSU Department of Curriculum, Instruction and Special Education.

—Gerald W. “Jerry” Thames of Duluth, Georgia, James Worth Bagley College of Engineering.  Thames earned a bachelor’s degree in nuclear engineering in 1970 and an MBA from MSU in 1971. Additionally, he holds a Master of Science degree from the Massachusetts Institute of Technology. After beginning his career with AT&T, Thames built major companies in the U.S. and Europe. He spearheaded British Telecom’s global initiative; built Global TeleSystems from concept to a $7 billion public company; built a private entity for Lehman Brothers; and assisted Booz Allen Hamilton in opening its Mideast markets. Furthermore, Thames rebuilt the Iraq communications systems and post office after the Iraq War for the U.S. government and served in the standup of the new National Counterterrorism Center. The Starkville native is chairman of Christian Heritage International and Georgia Center for Opportunity.

—Tony L. Tooke of Bristow, Virginia, College of Forest Resources.  A 1983 MSU forestry graduate, Tooke is chief of the U.S. Forest Service and is responsible for the management and protection of 154 national forests and 20 national grasslands that makeup the 193 million-acre National Forest System. He also oversees the agency’s state and private forestry, research and development, and business operations divisions. Prior to his appointment, Tooke was the regional forester for the Southern Region of the USDA Forest Service based in Atlanta, Georgia, and earlier was Forest Service chief of staff and associate deputy chief for the National Forest System. His resume also includes work throughout the Forest Service Southern Region comprised of Alabama, Florida, Georgia, Kentucky and Mississippi. He grew up in Detroit, Alabama, and began work with the USDA forestry service at age 18. 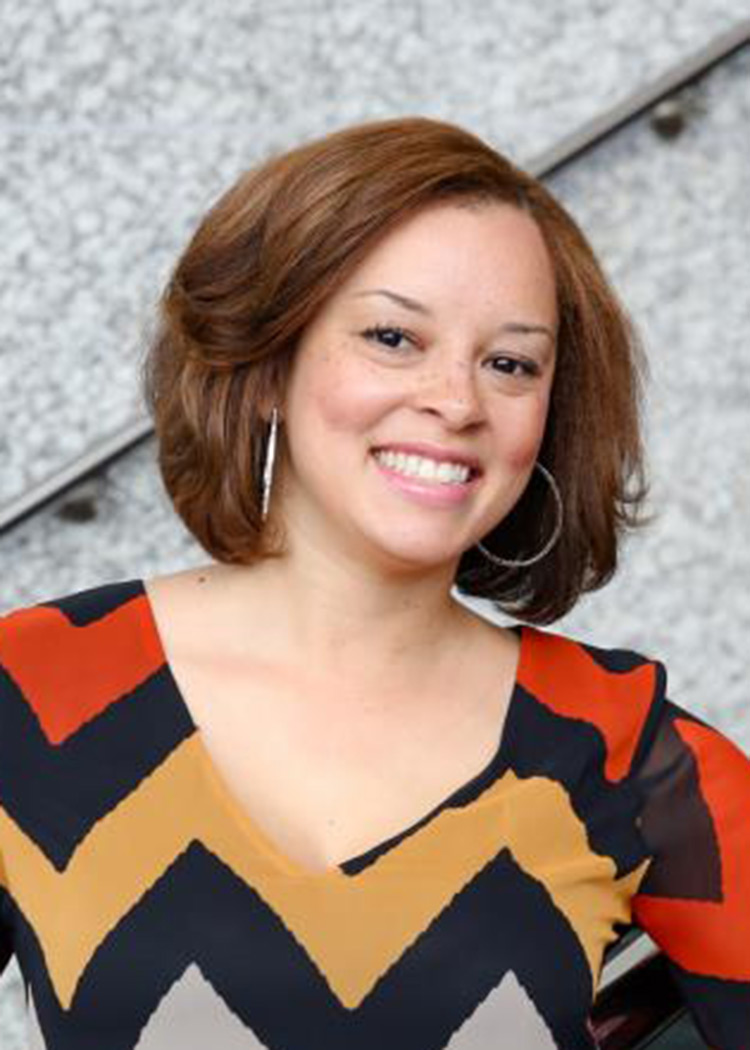 Mississippi State also annually salutes the university’s Outstanding Young Alumnus or Alumna. Janelle Finley Adams of Mobile, Alabama, a 2009 bachelor’s in communication and 2010 master’s in kinesiology graduate, is the 2017 honoree. She is an advancement services specialist in the Office of Development and Alumni Relations at the University of South Alabama.

Additionally, special recognition will be presented to four 2017 Distinguished Service Award recipients. These honorees include (alphabetically):

—Dr. Thomas R. Byrd of Brandon, a 1981 bachelor’s of biological engineering graduate of MSU who later earned a Doctor of Dental Medicine from the University of Mississippi Medical Center. He is a dentist and owner of Florence Dental Clinic. Byrd is affiliated with the Central Mississippi chapter.

—Kimberly C. Fandel of Belden, a 1987 BBA in marketing and 1994 master’s in elementary education graduate, is an art specialist with Milam Elementary School in Tupelo. She is affiliated with the Lee County chapter.

—Alison G. Schmidt of Birmingham, Alabama, a 2002 Bachelor’s of Accountancy and 2003 Master’s of Taxation graduate, is managing director of financial planning for Medical Properties Trust Inc. She is affiliated with the Birmingham, Alabama chapter. 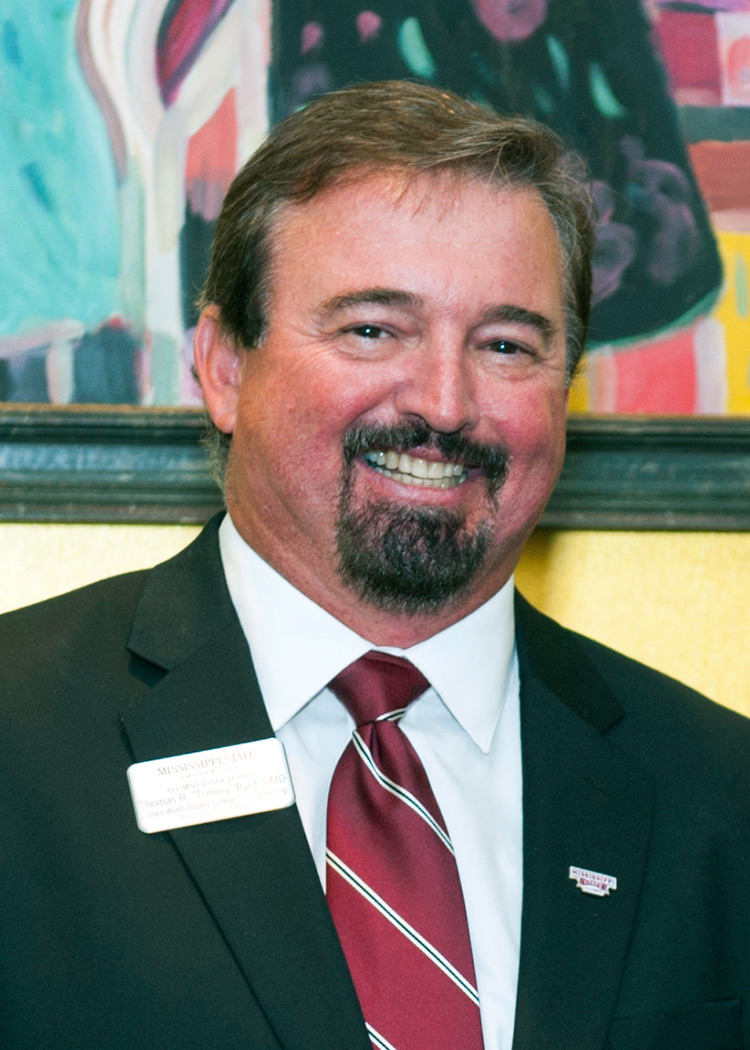 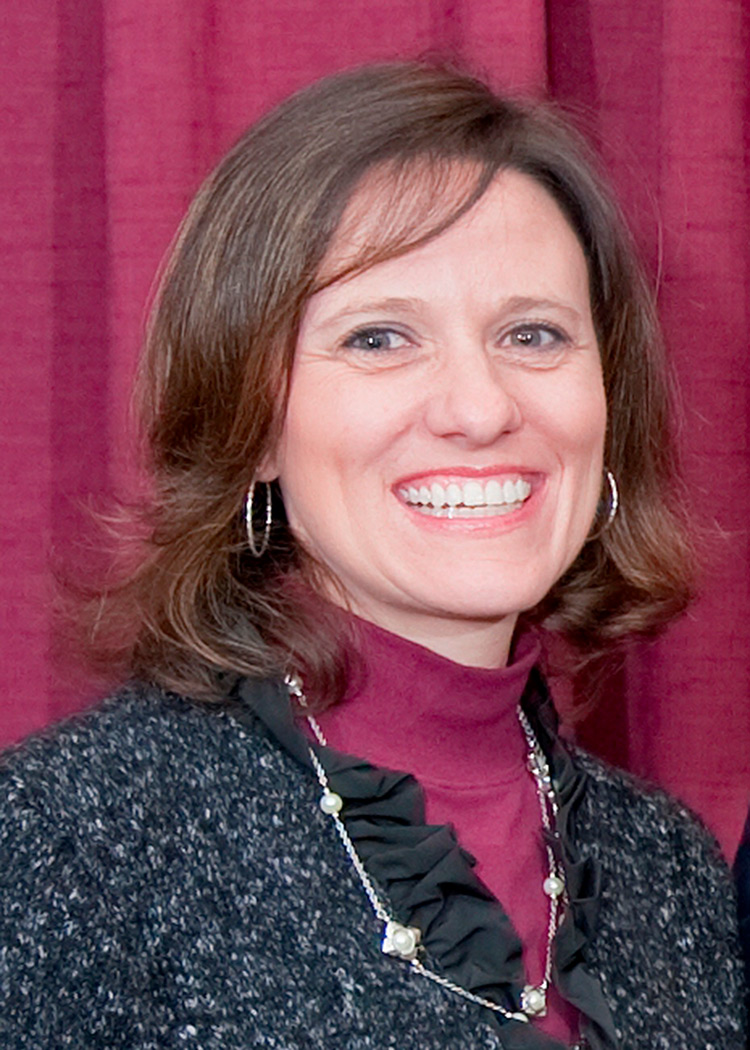 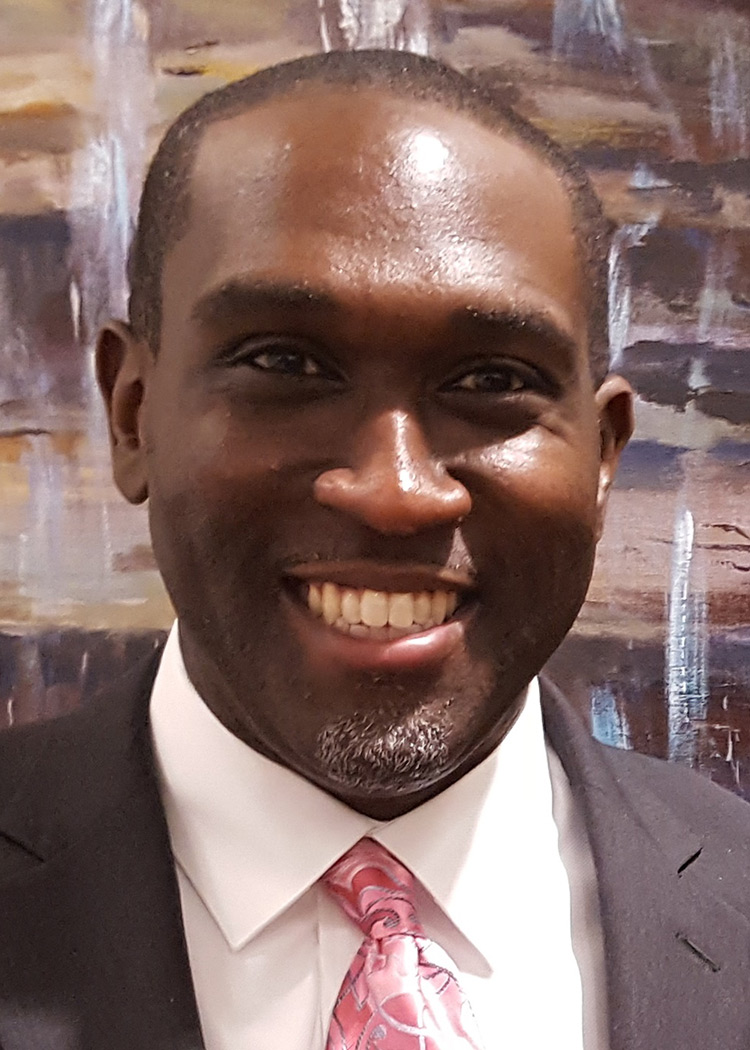 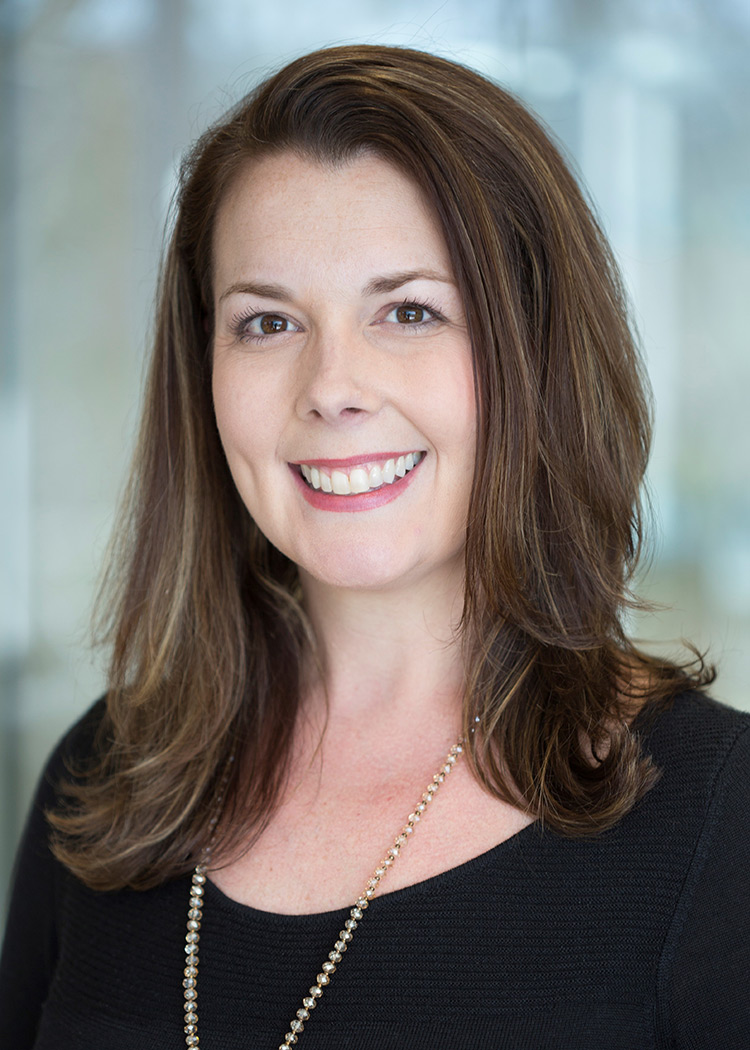 During banquet ceremonies, special recognition also will be presented to the MSU Alumni Association’s most outstanding chapters for their achievements in 2017. The association includes 101 chapters and clubs worldwide, and 46 of them will be receiving awards throughout the evening.

The 2018 alumni awards banquet will be simulcast live via the Internet, beginning at 6 p.m. on Friday, Feb. 2. For a broadcast link and more on the MSU Alumni Association, visit www.alumni.msstate.edu. The following day, Saturday, Feb. 3, MSU alumni leaders from throughout the nation will gather again at The Mill at MSU Conference Center for the Alumni Association’s annual leadership conference.

Image Alternative Text: Luckyday scholars at MSU are pictured on the steps of Lee Hall