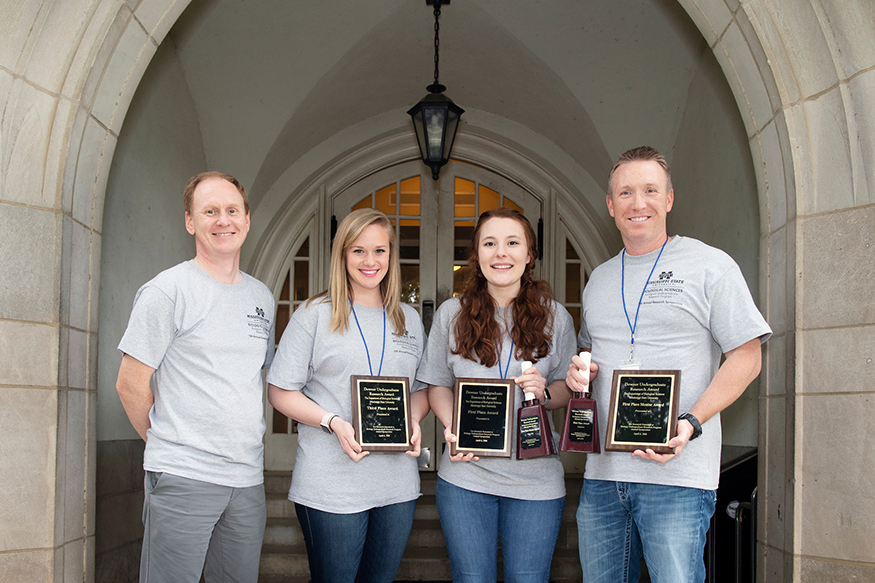 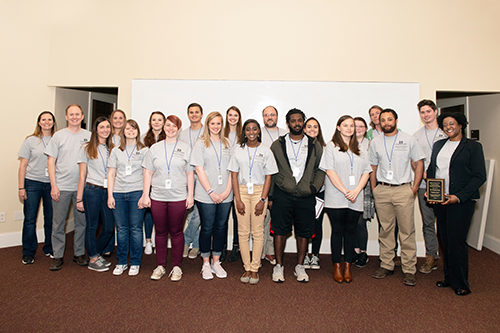 FIRST—Josi Lott, a senior biological sciences major from Memphis, Tennessee. Her project “Visualization of Streptococcus Pneumoniae Autolysis: A role for LytA in eDNA release and Biofilm Formation” was completed under the guidance of Associate Professor of Biological Sciences Justin Thornton.

SECOND—Christopher Lebeau, a junior biological engineering major from Harvest, Alabama. His project “Identifying Fruiting Behaviors and Mechanisms of Copromyxa Protea” was completed under the guidance of Assistant Professor of Biological Sciences Matthew Brown.

THIRD—Rachel Fowler, a senior microbiology major from Union City, Tennessee. Her project “Expressing Pneumococcal Proteins for Possible Inclusion in a Vaccine Targeting Colonization” was completed under the guidance of Thornton.

Each winner received an engraved plaque and cash award. As the first-place recipient, Lott also was presented with an engraved MSU cowbell.

Veronica Scott, assistant professor of preclinical sciences at William Carey University, served as the keynote speaker for the symposium at Harned Hall.

Part of the College of Arts and Sciences, MSU’s Department of Biological Sciences is online at www.biology.msstate.edu.

Mathews on The Conversation: How much candy do Americans eat in a whole year?