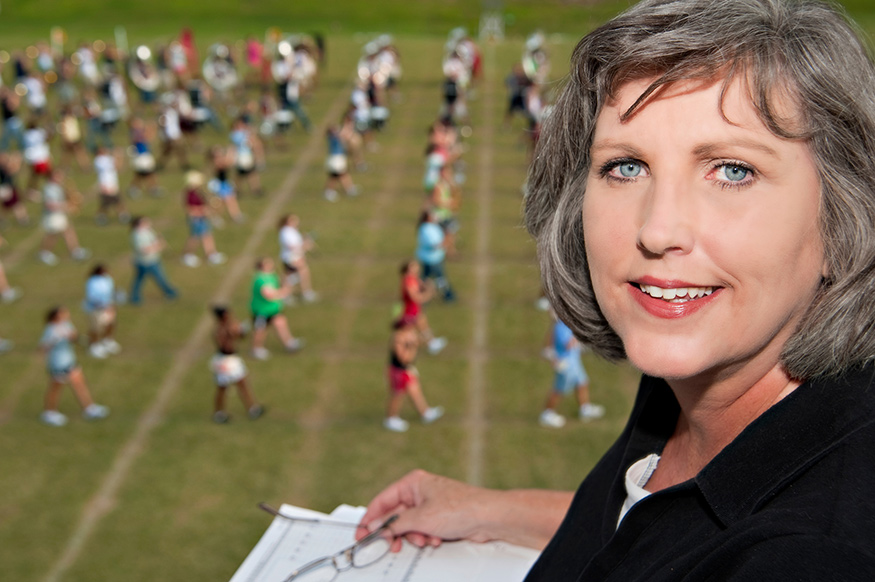 Lance is among 13 recently elected to membership in the historic American Bandmasters Association, one of the highest recognitions of its kind. An alumna of the university’s College of Education, she has led the Famous Maroon Band and associated groups for more than two decades.

Founded in 1929, ABA represents some 300 conductors and composers throughout the U.S. and Canada, along with 80 associate members from music-related businesses and corporations that support performing units and the publication of music they perform.

Ray Cramer, retired director of bands at Indiana University’s prestigious Jacobs School of Music, was among those sending congratulations after learning of Lance’s election. The honor is “well deserved and certainly represents the hard work and great success you have had at MSU,” said Cramer, a former ABA president.

An intense vetting process is required for ABA admission. Those tapped for membership must have achieved the highest levels of excellence over a sustained career.

In 2015, Lance was elected president of Phi Beta Mu, the international bandmaster fraternity of more than 3,000 members spread throughout some 30 states and Canadian provinces.

Lance is the eighth leader of MSU’s Famous Maroon Band, created in 1902 and ranked among the oldest collegiate musical traditions in the Southeastern U.S. Beyond administering every aspect of the Famous Maroon Band program, she conducts the Wind Ensemble and teaches methods classes in the College of Education’s Department of Music.

Before returning to work at her alma mater, the Waynesboro native taught instrumental music at several state senior and junior high schools.

Speaking for the College of Education, Dean Richard Blackbourn praised Lance “for this significant professional accomplishment.” Though immediately recognizing election to the ABA as “a great honor,” he admitted to being even more overwhelmed “upon learning of the extreme vetting that candidates undergo prior to being added to this elite group.

“It is particularly significant when one is honored by their peers and we all are extremely proud of Elva Kaye for both this accomplishment and the many things she does for MSU,” Blackbourn added.

For complete information on the American Bandmasters Association, visit www.americanbandmasters.org.