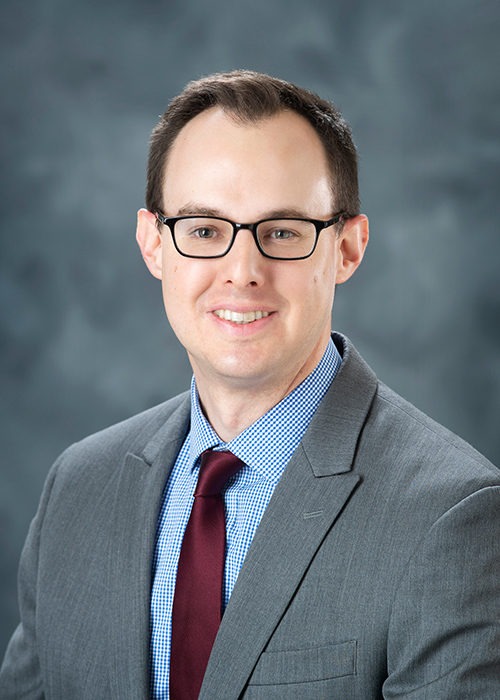 STARKVILLE, Miss. – A Mississippi State assistant professor of history and Civil War expert is the 2018 recipient of the $50,000 Tom Watson Brown Book Award.

In the Wake of War: Military Occupation, Emancipation, and Civil War America (LSU Press, 2017) has garnered Andrew Lang his first major scholarly award, presented annually to an author whose work provides original contributions to the understanding of the Civil War time period.

“Never once did I anticipate winning an award of this magnitude,” Lang said.

Lang will be recognized during the annual meeting of the Southern Historical Association this November in Birmingham.

“Receiving the call last Tuesday was an utter and complete shock,” he said. “I am overwhelmed and humbled to be placed alongside other winners of this award for whom I have long had immense respect. And to be judged by a panel of senior scholars, all of whom have built impressive careers and who enjoy universal professional prestige, is simply astounding.”

Given by the Watson-Brown Foundation and the Society of Civil War Historians to the author of the best book published in the preceding year “on the causes, conduct and effects, broadly defined, of the Civil War,” jurors consider scholarly and literary merit as well as the extent to which the author provides new material affording greater understanding of the time-period.

His award is among the largest cash awards given in any branch of history, said Alan Marcus, professor and head of MSU’s Department of History.

Lang’s award “places him at the pinnacle of his profession,” Marcus said.  Noting that Lang is among a select few junior scholars to achieve this distinction, Marcus said the award “is a tribute to his fine mind, hard work and the supportive environment here at Mississippi State.”

Marcus continued, “With his colleague Anne Marshall, it cements us as ‘the’ place for the graduate study of Civil War Era history.”

Dean of the College of Arts and Sciences Rick Travis called Lang’s win a “distinctive and impressive accomplishment for a young professor.”

“A prize of this magnitude is significant for any professor, but a junior scholar receiving one of the top awards in his field is particularly noteworthy,” Travis said.  “Being recognized so early in his career signifies many more great things to come from Dr. Lang.”

Lang said there is no better time than the present to be part of the profession of Civil War historians. “The impressive level of scholarship, the range of thought, and the varied and nuanced interpretations offered by so many fine scholars have made this a vibrant, active and diverse field,” Lang said.

He credits his success to advisers and mentors who have taught him “the value of history, the art of writing, the delicacy of critical evaluation and the significance of making bold and extensive interpretation,” specifically Rice University scholar John B. Boles, director of Lang’s doctoral dissertation on which his book is based, as well as his Rice doctoral committee: Ira Gruber, W. Caleb McDaniel and Richard Stoll.

“Books may have only one author,” Lang said, “but they are the product of deep and collective collaboration, support networks, friends and colleagues who all have a stake in ensuring a book’s publication.”

Lang also gives tribute to his colleagues in the history department at MSU who “maintain a collegial, vibrant and intellectual environment.”

“This prize is not merely for me, but rather reflects on and continues the entire department’s excellent record of award-winning publications,” Lang said, noting that he is pleased to contribute to the department’s success.

Lang will formally accept his award at the SHA meeting in November, at which time he will deliver a speech which also will subsequently be printed in The Journal of the Civil War Era.

Lang’s research at MSU focuses on how 19th-century Americans understood and created warfare, particularly during the Civil War Era.