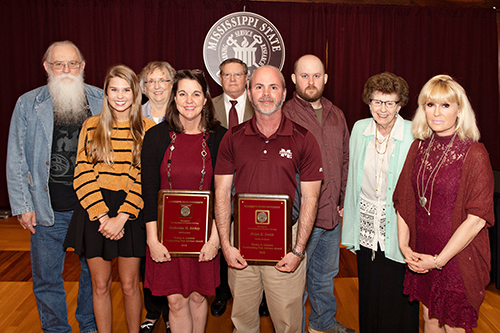 STARKVILLE, Miss.—A new Mississippi State award recognizes and encourages faculty and professional staff who are new to their roles as student advisors while honoring “a great servant to MSU.”

The Wesley A. Ammon New Academic Advisor Awards recognize both a faculty and staff member who have demonstrated qualities associated with outstanding academic advising of undergraduate students and who have served as academic advisors for less than five years.

The 2018 inaugural recipients are Katherine “Katy” Richey, receiving the staff award, and Brian Smith, receiving the faculty award. Richey is an academic coordinator who joined the University Academic Advising Center in 2017. Smith is an assistant professor of industrial and systems engineering who joined MSU’s Bagley College of Engineering in 2015. 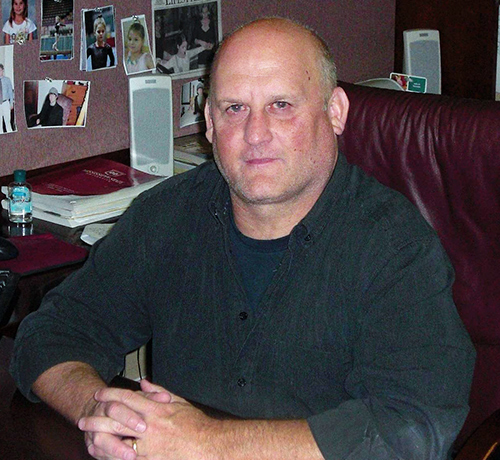 “He advised thousands of students who went on to be very successful. He knew when to make the tough calls and when to be compassionate as the situation dictated, and the students appreciated and respected him,” Ryan said. “He also was a highly respected instructor in the Department of Political Science and Public Administration, where he taught American Government.”

A Vicksburg native who earned a bachelor’s in political science and a master’s in public policy and administration from MSU in 1985 and 1988, respectively, Ammon regularly lectured to classrooms with more than 100 students. He was an avid Bulldog sports fan and a member of Calvary Baptist Church.

Members of Ammon’s family were on hand for the presentation of the inaugural awards during the recent MSU Faculty Awards and Recognition Reception. For information on contributing to the Ammon awards, contact the MSU Foundation at 662-325-7000 or visit the foundation’s website at www.msufoundation.com.