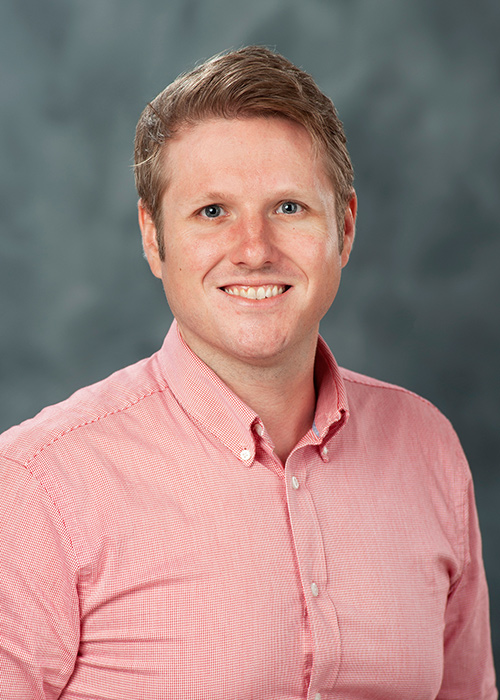 Jason Hauser, a 2017 graduate and current editor for MSU’s Research and Curriculum Unit, will be recognized with a $3,000 prize at the SHA annual meeting in Birmingham next month for having the best dissertation in Southern history. Previous Woodward winners come from Yale, Johns Hopkins, the University of North Carolina, Harvard, University of Pennsylvania, Georgia and Northwestern.

Hauser’s work, “By Degree: A History of Heat in the Subtropical American South,” examines heat as a social construct, tracing the ways in which the South’s climate served as both a material and ideological force. He argues that perceptions of heat and climate were as important as the reality and were intimately linked with the political, economic and social history of the South, from the Ice Age to the recent past.

“The way that Hauser conceived of his dissertation – a study of Southern heat – demonstrates Hauser’s mind and versatility,” said Alan Marcus, head of MSU’s Department of History. “He studied ideas of Southern heat and their application to climate, environmental and racial sciences, as well as literature, culture and social organization. It was so finely done that the committee awarded him ‘distinction’ when he defended the project several months ago.”

“I came to MSU because this is the only university in the nation that has a specialization in Southern environmental history, and clearly, the climate has had—and continues to have—a huge impact on the South,” Hauser said. “I decided to write a history of heat because the students who I taught during my doctoral work found it interesting.”

“We have some of the most supportive and hardest-working faculty in the nation. Professors at MSU really invest in their students, and winning this award is a result of their efforts as much as mine,” Hauser said. “Jim Giesen, my primary adviser, is the single most important influence in my academic life. He’s a tireless champion of his students; I don’t know of any mentor who is so generous with his time.”

Hauser said his Ph.D. committee was comprised of “some of the top minds in their fields.”

According to the SHA prize committee, Hauser’s thesis is “an ambitious and novel dissertation, grand in scope and interdisciplinary in methodology.”

Established in 2000, the Woodward Award is given annually to recognize the best dissertation in Southern history defended in the previous calendar year. The $3,000 stipend is made possible from a donation by Comer Vann Woodward, who won the Pulitzer Prize for history in 1982 and is regarded as an influential historian.

Organized in 1934, the SHA seeks an “investigative rather than a memorial approach” to Southern history and mandates a promotion in interest and research in Southern history, the collection and preservation of the South’s historical records, and the encouragement of state and local historical societies in the South.

Hauser joined the university’s Research and Curriculum Unit in July. He earned a bachelor’s in 2009 and a master’s in 2012, both in history, from Appalachian State University before earning his 2017 Ph.D. in American history from MSU.  He spent six years teaching in MSU’s history department and also served as a researcher for the department and the Calhoun National Forest’s Critical Zone Observatory.