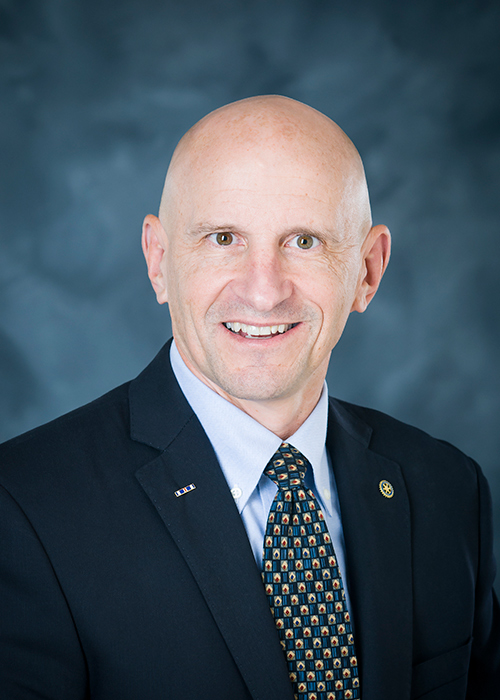 STARKVILLE, Miss. — After a national search, Stephen “Lux” Luxion is the new director of the Mississippi State-led Alliance for System Safety of UAS through Research Excellence (ASSURE).

A graduate of the U.S. Air Force Academy in Colorado Springs, Colorado, Luxion retired from the service as a colonel in 2014. Most recently, he served as ASSURE’s associate director for operations and was based at Stennis Space Center on the Mississippi Gulf Coast. In that role, he was responsible for ASSURE’s administrative, financial and technical functions.

“I am looking forward to leading the ASSURE team as we continue to work with the FAA and other partners to safely, efficiently and effectively move unmanned aircraft systems into the national airspace where they will improve our lives in ways we can only begin to imagine,” he said.

Luxion has an extensive background in UAS research, development, testing, operations and integration. For example, he established the Air Force’s first armed UAS squadron in the wake of the Sept. 11, 2001, terrorist attacks, and assisted NATO with its first aerospace center of excellence.

During his service in the Air Force, he had more than 2,500 hours flying time in the F-111, MQ-1B Predator, and the F-14A and EA-6B while on exchange with the U.S. Navy, including 700 hours combat time in operations over Iraq, Bosnia and Afghanistan. For his combat efforts, he was awarded the Distinguished Flying Cross for Valor, four Air Medals and seven Aerial Achievement Medals.

During his final assignment with the Air Force, he was a professor of aerospace studies at Embry-Riddle Aeronautical University, an ASSURE partner institution. He helped test unmanned vehicles off the coast of Florida during his tenure at Embry-Riddle.

“We are very pleased that Lux will be taking the controls at ASSURE,” said David Shaw, Mississippi State’s vice president for research and economic development. “He has a thorough understanding of ASSURE’s unique role as unmanned aircraft technology becomes a part of our everyday lives, and he has strong support from our partner institutions as well.”

After a multi-year competitive effort, the Federal Aviation Administration designated ASSURE as the nation’s Center of Excellence for Unmanned Aircraft Systems in 2015.

Research by ASSURE is underway at member universities throughout the U.S. and globally with much of the center’s work concentrated at Stennis Space Center in Hancock County to take advantage of airspace over the Gulf of Mexico, as well as in the Mississippi Delta to conduct unmanned precision agriculture research and around MSU’s Raspet Flight Research Lab in Starkville.

According to the Association for Unmanned Vehicle Systems International, the domestic UAS market is projected to create more than 100,000 jobs and $82 billion in economic impact in the first decade after FAA integration is complete. During the same period, the UAS industry could create more than 1,200 jobs and approximately $973 million in economic impact in Mississippi alone.

Learn more about ASSURE at www.assureuas.org.

Image Alternative Text: Herbert Strickland sits next to a Bulldog statue and "Bulldog Crossing" sign on his front porch.