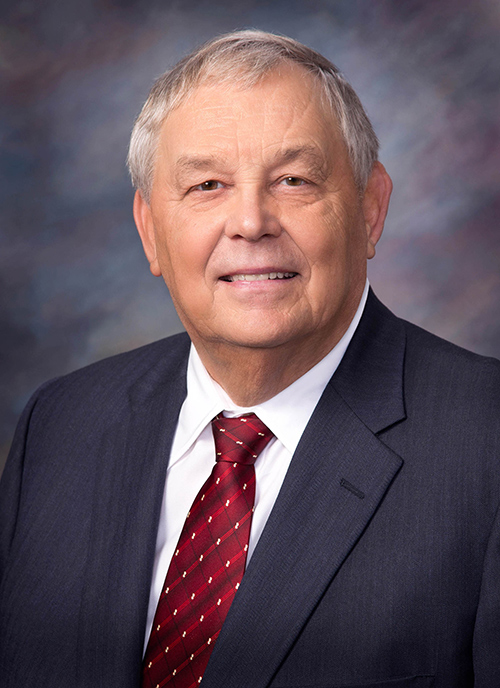 STARKVILLE, Miss.—Mississippi State University is honoring construction industry leader Richard A. Rula with its highest alumni honor. In a campus ceremony on March 1, 2019, the longtime Ridgeland resident will be recognized formally as the university’s 2019 National Alumnus.

A 1970 civil engineering graduate and Vicksburg native, Rula has enjoyed a successful career in the construction industry for nearly five decades. He is currently the owner and president of Hemphill Construction Company Inc. in Florence.

“We are proud to salute Richard Rula on behalf of Mississippi State University for his success in industry and for his loyal lifelong connection with his alma mater. Richard’s achievements serve as a primary example of the success our university hopes each of its graduates achieves,” said Jeff Davis, executive director of the MSU Alumni Association. “Of more than 142,000 living alumni, Richard is a distinguished selection for this honor.”

Rula joined Hemphill Construction Company Inc. in 1979 as a project manager and became owner and president in 1984. Since then, he has led the small, locally based construction company into a prosperous firm that is well-recognized throughout the southeastern United States. Hemphill Construction now is a multi-faceted contractor licensed to perform work throughout the region involving heavy and highway construction, and utilities and earthmoving. Rula also is the proprietor of Suncoast Infrastructure Inc. and has developed Maintenance Systems Inc., which focuses on the operations and management of water and wastewater treatment plants.

At MSU, Rula earlier was recognized as the Bagley College of Engineering’s Alumnus of the Year in 2017 and as one of the college’s Distinguished Engineering Fellows in 2006.

Along with Rula, a host of other outstanding alumni will be recognized by the MSU Alumni Association at the annual awards event. Individual academic college selections for alumni of the year for 2019 include (by city of residence):

BROOKLYN, New York — Sarah A. Foley, College of Architecture, Art and Design. A senior manager for brand design for Johnson & Johnson, she earned a Bachelor of Fine Arts with a concentration in graphic design in 2005.

HOUSTON, Texas — Helen M. Currie, College of Business. A 2000 doctoral graduate in finance, she is chief economist for ConocoPhillips Corporation.

THAXTON — Wanda Luther Dean, College of Education. With bachelor’s and master’s degrees in education earned in 1969 and 1971 respectively, she is an adjunct assistant professor with Buffalo State University in New York and a consultant with both CORE Learning and Core 21 Educational Services.

Additionally, the association annually honors the university’s outstanding young alumnus or alumna. Receiving this honor is Lindsay S. Linhares of Washington, D.C., a senior policy adviser for the U.S. Senate. She earned a bachelor’s degree in communication and political science from MSU in 2013.

Rounding out the award selections are four distinguished service recipients for their endeavors in 2018:  Richard B. Cannon of Ocean Springs, an engineering manager with Northrop Grumann Corporation and a 1986 electrical engineering graduate; Ina M. “Michelle” Gaither of Hoover, Alabama, a teacher with Edgewood Elementary who holds a 2001 Master of Science degree in education; Michelle Y. Sherman of Alpharetta, Georgia, executive vice president of human resources for Northwestern Benefit Corporation and a 2003 psychology graduate; and Carolyn R. Stanley of Hampton Cove, Alabama, a retired senior logistics analyst for KBRwyle Inc. and retired international program manager for the U.S. Army, who attended the university.

The MSU Alumni Association includes 101 chapters and clubs worldwide. For more on the association, visit alumni.msstate.edu.

Image Alternative Text: Leaders representing Mississippi State University visited with leaders at the University of Salento in Italy, where they posed for this group photo.