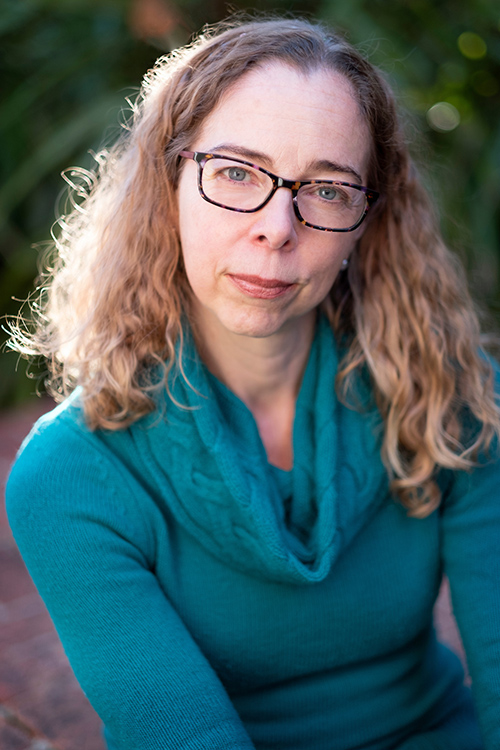 STARKVILLE, Miss.—A faculty fellow in the Judy and Bobby Shackouls Honors College and assistant professor in the Department of Philosophy and Religion is Mississippi State’s 2018 Humanities Teacher of the Year.
Kristin Boyce will receive her award from the Mississippi Humanities Council at an annual ceremony in Jackson on April 5. Approximately 30 awards will be given to individuals throughout Mississippi whose work is recognized for bringing insights of the humanities to public audiences.
The Mississippi Humanities Council is funded by Congress through the National Endowment for the Humanities to provide public programs in traditional liberal arts disciplines to serve nonprofit groups in Mississippi.
Boyce’s tribute includes a $400 honorarium and invitation to deliver the College of Arts and Sciences Humanities Lecture this spring. Titled “‘Conversation’ in Philosophy and the Arts,” her March 6 public presentation begins at 3 p.m. in the Shackouls Honors College Forum Room of Griffis Hall, with a reception to follow.
Referring to Boyce as a “master teacher,” Tommy Anderson, MSU interim assistant dean of academic affairs and director of prestigious external scholarships, said Boyce’s strength is “her commitment to humanity in her pedagogy,” imparting her commitment in large and small classroom settings.
“In both settings, she asks powerful questions that force students to take ownership of their learning,” Anderson said. “Students grow as critical thinkers and problem solvers in her classes because of her ability to empower student inquiry and communication.”
Boyce said she was “stunned” to learn she had been named teacher of the year for the humanities. “It is especially meaningful to receive such wonderful and unexpected affirmation from colleagues for whom I have such high regard,” Boyce said.
“I couldn’t have asked for more support and encouragement than I’ve received from both the philosophy department and the Honors College,” the Berea, Kentucky, native said.
Because her research and teaching interests are interdisciplinary, Boyce said her job is a “special opportunity to develop both as a teacher and a thinker,” adding that her role offers a unique opportunity.
“It was a new position created as part of Dean [Christopher] Snyder’s vision for the development of the Honors College, which means I have a permanent foot in both honors and philosophy.”
John Bickle, professor and head of MSU’s Department of Philosophy and Religion, said Boyce has developed a novel approach to interpreting art works and has published numerous journal articles and book chapters.
“Dr. Boyce is already a nationally recognized philosopher of art and aesthetics,” Bickle said, “and is central to a new development in aesthetics that focuses on performing arts, especially dance.”
Bickle said philosophy of art has “mostly neglected performance as a recognized field of aesthetics research,” but Boyce – who has professional dance experience – is among a group of philosophers seeking to rectify this and “bring the rigorous tools of philosophical analysis to the evaluation of artistic performances.”
An MSU faculty member since 2014, Boyce is currently writing a book titled, “Diotima at the Ballet: Reinventing Modernism in Philosophy, Theater and Dance.”
In the philosophy department, she teaches logic as well as aesthetics; for the Shackouls Honors College, Boyce teaches the quest sequence and humanities seminars.
She received her doctorate in philosophy in 2010 from the University of Chicago.  Her 1994 master’s degree in religious studies is from the Divinity School at the University of Chicago, and her 1992 bachelor’s degree in mathematics and religious studies is from Hobart and William Smith Colleges.
MSU’s College of Arts and Sciences includes more than 5,300 students, 300 full-time faculty members, nine doctoral programs and 25 academic majors offered in 14 departments. Complete details about the College of Arts and Sciences or the philosophy department may be found at www.cas.msstate.edu or www.philosophyandreligion.msstate.edu.
MSU is Mississippi’s leading university, available online at www.msstate.edu.