MSU to honor Rula as top alum, recognize other alumni during Friday banquet 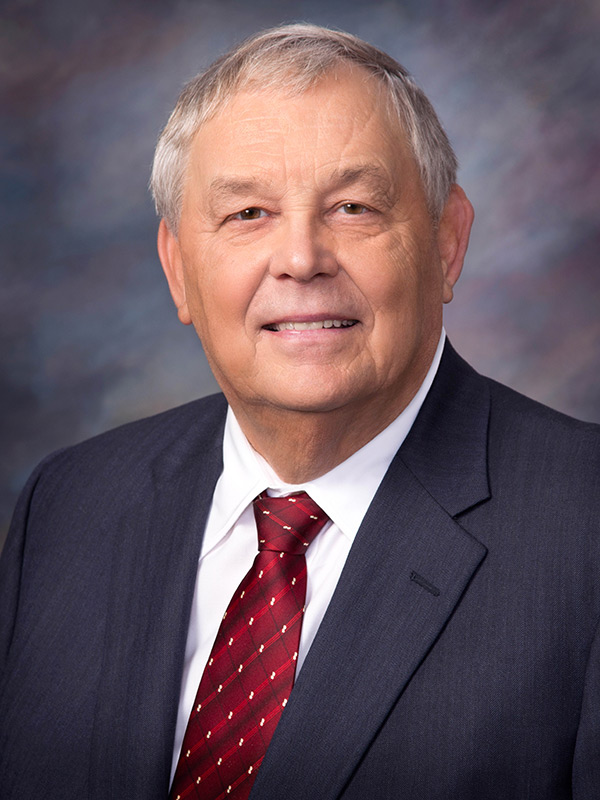 STARKVILLE, Miss.—Mississippi State will recognize engineering graduate and businessman Richard A. Rula of Ridgeland, as its national alumnus of the year during Friday [March 1] campus ceremonies during the 2019 MSU Alumni Association awards banquet.

Rula earned his Bachelor of Science in Civil Engineering from MSU in 1970. For nearly five decades, Rula has enjoyed success in the construction industry and received the Lifetime Achievement Award from the Associated General Contractors of America for his accomplishments. He holds a professional engineering license and is a member of the Society of Civil Engineers.

After receiving his degree, Rula worked for W.J. Runyon Construction Company and Lester Engineering before joining Florence-based Hemphill Construction Company Inc. in 1979. Following progressive roles, Rula became owner and president of the company in 1984. Since then, he has led the small, locally based construction company into a prosperous firm well-recognized throughout the southeastern United States. The multi-faceted contracting company is licensed to perform work throughout the region involving heavy and highway construction, utilities, and commercial and industrial site development. Rula also is the proprietor of Suncoast Infrastructure Inc., a leading trenchless contractor, and Maintenance Systems Inc., which focuses on operations and management of water and wastewater treatment plants.

Rula earlier was recognized by Mississippi State as the James Worth Bagley College of Engineering Alumnus of the Year for 2017 and a Distinguished Engineering Fellow in 2006. An active volunteer at his alma mater, Rula serves the Bulldog Club board, MSU Foundation board, and the Bagley College dean’s advisory council. Beyond MSU, Rula has served on the boards of the Kidney Foundation, Madison County Association, and the Tennis Foundation of Mississippi.

At Mississippi State, Rula’s cornerstone contribution is helping make possible a new 70,000-square-foot, state-of-the-art facility under construction to house the Department of Civil and Environmental Engineering; classrooms and offices; teaching, research and chemistry labs; and high bay areas for the Bagley College.  In his honor, the facility will be known as the Richard A. Rula Engineering and Science Complex. Within the college, Rula’s support extends to the Richard A. Rula Professorship in Construction Engineering and Management for a distinguished faculty member, and the Richard A. Rula Doctoral Assistantship for a top-caliber graduate student. In athletics, his philanthropy includes the Mize Pavilion’s Rula-Dampier Courts for men’s and women’s basketball practice. A planned indoor facility for Bulldog tennis also will benefit from his support.

Along with the national alumnus recognition, each of MSU’s eight academic colleges is honoring one graduate Friday for outstanding professional, community and personal success. 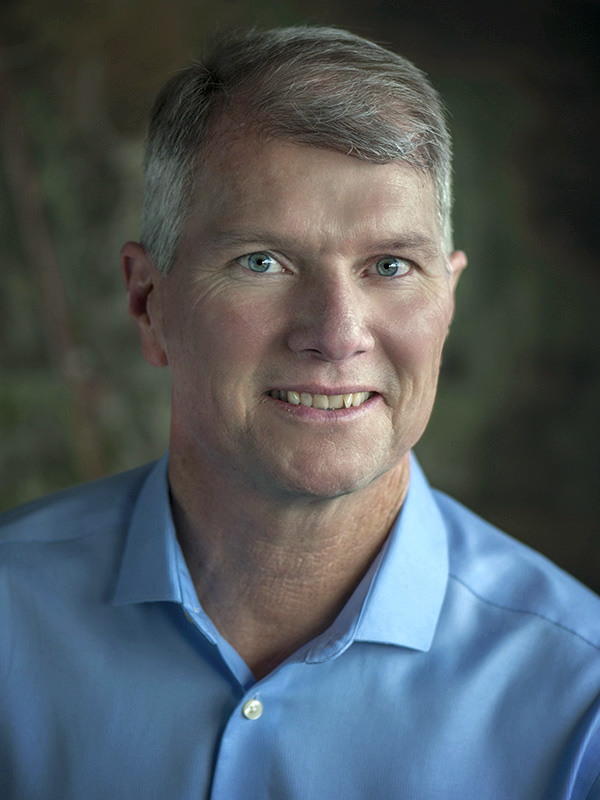 Samuel D. “Sammy” Duda of Salinas, California, College of Agriculture and Life Sciences. A 1985 agriculture economics graduate from Oviedo, Florida, Duda is senior vice president of national operations of Duda Farm Fresh Foods Inc. A fourth-generation company leader, he oversees the business’s harvest and vegetable production in the cities of Salinas and Oxnard in California and in Yuma, Arizona. He also oversees growing and harvesting operations in Florida and Michigan and for the company’s international partnerships in Australia, Spain, and the United Kingdom. Duda serves numerous boards including the Western Growers Association, which he chaired in 2017. Earlier, he was board president for Yuma Vegetable Shippers and held a seat for the California Leafy Greens Research Advisory Board. 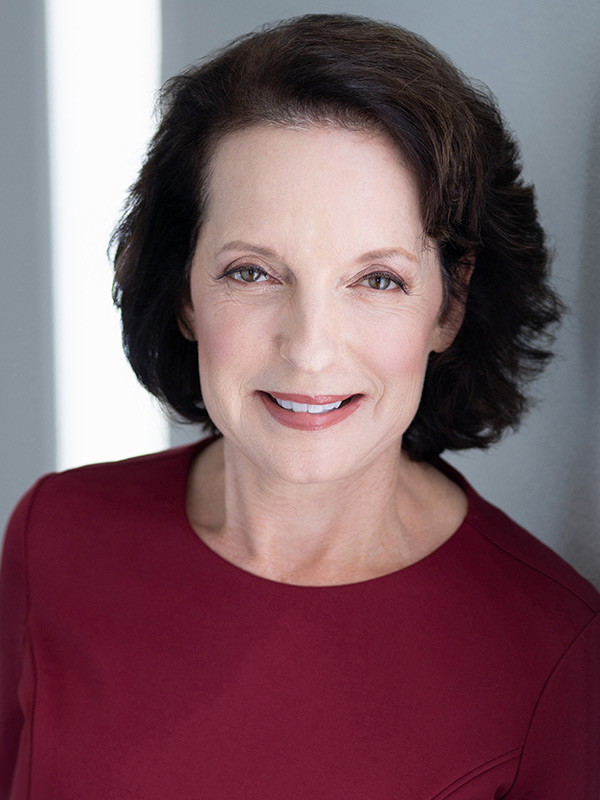 Cynthia M. “Cindy” Stevens of Alexandria, Virginia, College of Arts and Sciences. A 1983 political science graduate and native of Louisville, Stevens has 30 years of experience in government relations. Her resume includes service as director at the U.S. Chamber of Commerce and legislative director for the U.S. House of Representatives. Next, Stevens became director of government affairs for the Greater Washington Board of Trade, being selected as the first director of government relations to establish a new federal department within the board. In 2018, Stevens retired as the longtime managing principal of government relations for Deloitte LLP, where she was the primary contact with members of Congress and the Administration, executive branch agencies, and state legislative affairs. At MSU, Stevens serves the boards of the John C. Stennis Institute of Government, MSU Foundation, and the College of Arts and Sciences. In 2010, she was honored as the college’s Alumni Fellow. 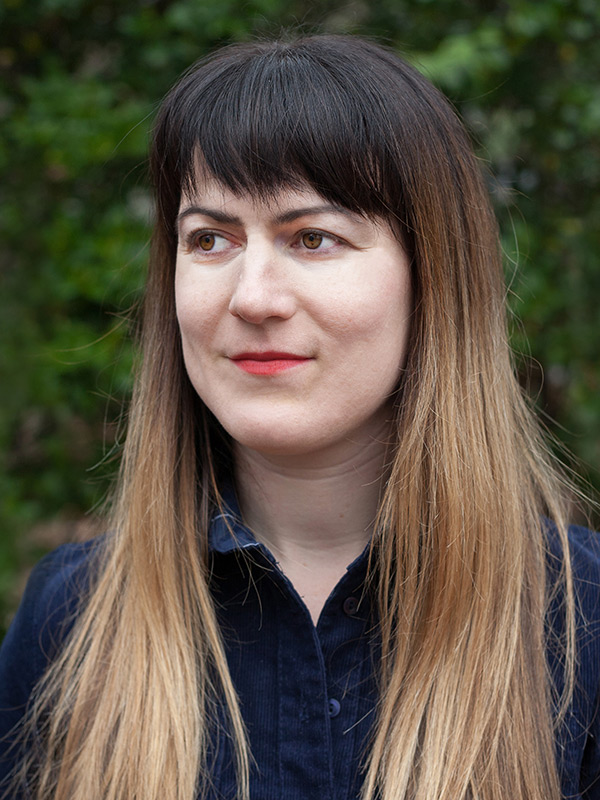 Sarah A. Foley of Brooklyn, New York, College of Architecture, Art and Design. Starkville native Foley earned a Bachelor of Fine Arts with a concentration in graphic design from MSU in 2005. Her creative resume includes work with Martha Stewart, Sesame Letterpress, Spotco and Victoria’s Secret. Foley initially worked for Hatch Show Print in Nashville, one of the oldest letterpress shops in the nation. In New York, she attended the prestigious School of Visual Arts, specializing in design entrepreneurship and earning a Master of Fine Arts in 2007. Foley has since earned an executive certificate in business perspectives for creative leaders from Yale University. She has taught graphic design at Pratt Institute, State University of New York Purchase College, and Mississippi State. Now a senior design manager for Johnson & Johnson, Foley provides design direction for many global consumer brands with a focus on self-care, oral health and wound-care. 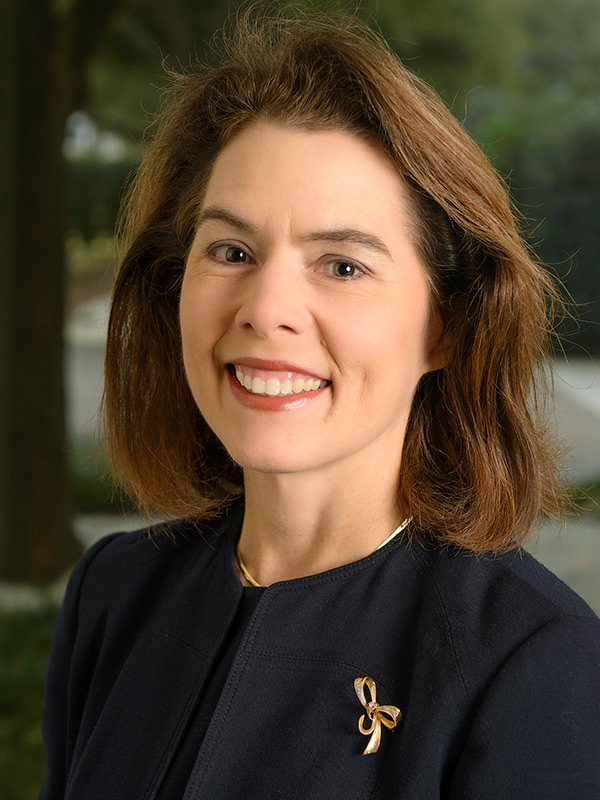 Helen M. Currie of Houston, Texas, College of Business. A 2000 MSU doctoral graduate in finance, Currie is chief economist for ConocoPhillips Corporation. She possesses a wealth of professional experience from her career spanning more than 25 years in corporate strategy, planning and portfolio risk management that includes industry-leading advocacy work with ConcoPhillips to lift restrictions on crude exports, as well as daily responsibilities in corporate planning. These accomplishments have helped her become one of the “25 Influential Women in Energy” as selected by Hart Energy’s Oil and Gas Investor magazine. Currie began her career in the energy business at ConocoPhillips, the world’s largest independent exploration and production company. Her roles have included senior economist, director of commercial risk management, and chief economist. Earlier, Currie was an assistant professor in finance and economics at both Elon University in North Carolina and LaGrange College in Georgia. The Utica native earned her bachelor’s degree in economics from Millsaps College and her master’s degree of economics from the University of Washington. At MSU, she serves the MSU Foundation board and the College of Business executive advisory board. 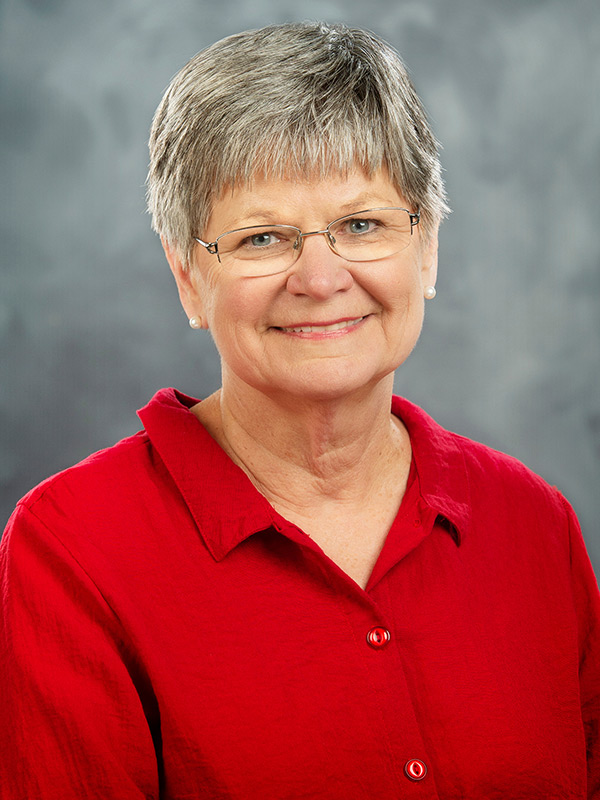 Wanda L. Dean of Lafayette Springs, College of Education. Dean earned a Bachelor of Science in Education and Master of Education from MSU in 1969 and 1971, respectively. In recent years, her service on the MSU ACCESS program board connects her to an earlier time when she served as director of the Oxford Child Development Center and started the first public school class in Mississippi for students with an autism disorder.  Later, the Mississippi Department of Education requested that Dean, as principal at Oxford Elementary School, conduct the initial statewide training on inclusion due to her experience with special education as well as regular education and her interest in learning styles. Oxford Elementary became the first school in Mississippi to initiate an inclusion program. Dean also was principal of Oxford Middle School and an adjunct assistant professor in the University of Mississippi’s School of Education, from which she earned her Ph.D. in 1982.  Since 2001, Dean has been an adjunct assistant professor for Buffalo State, which is the state university of New York. As an independent consultant, Dean has conducted workshops, taught graduate classes, and consulted in 52 countries. 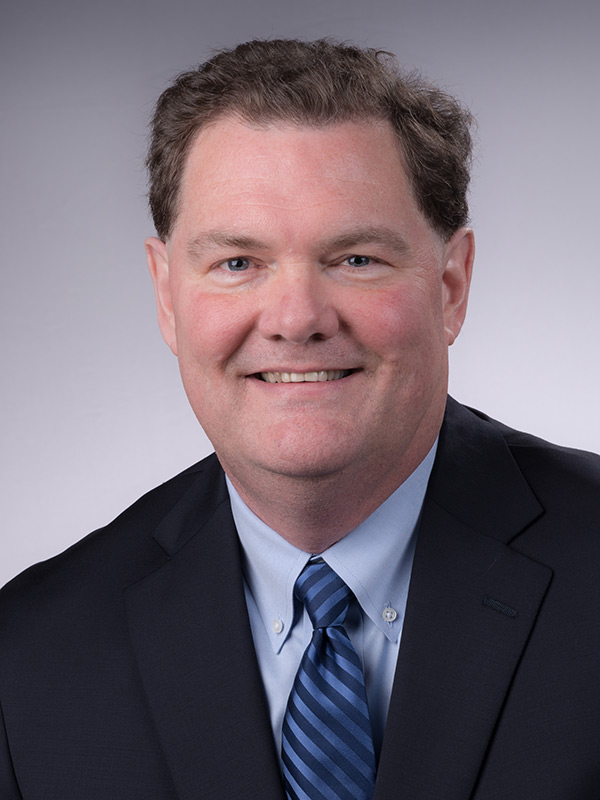 Randy J. Cleveland of Fort Worth, Texas, James Worth Bagley College of Engineering. A 1983 petroleum engineering graduate and Union native, Cleveland has spent more than 35 years in the oil and gas industry. In 1984, he joined Exxon Company, U.S.A., before progressively holding a variety of technical and operational assignments for the Gulf of Mexico and Gulf Coast region. In the field, Cleveland held numerous managerial positions at ExxonMobil including business development manager at Exxon Pipeline Company and operations technical manager in New Orleans. He then worked internationally as operations manager in Aberdeen, Scotland, and joint interest manager in London, England, before returning to Houston, Texas, to manage ExxonMobil’s U.S. business. After a merger of XTO Energy into ExxonMobil in 2010, Cleveland led the merger activities and became president of XTO.  In 2016, Cleveland was named Vice President Americas for ExxonMobil Production Company—a position from which he recently retired. Cleveland is a member of the Society of Petroleum Engineers, and at MSU, he serves the Bagley College’s dean’s advisory council and from 2016-18 was an MSU Foundation board member. 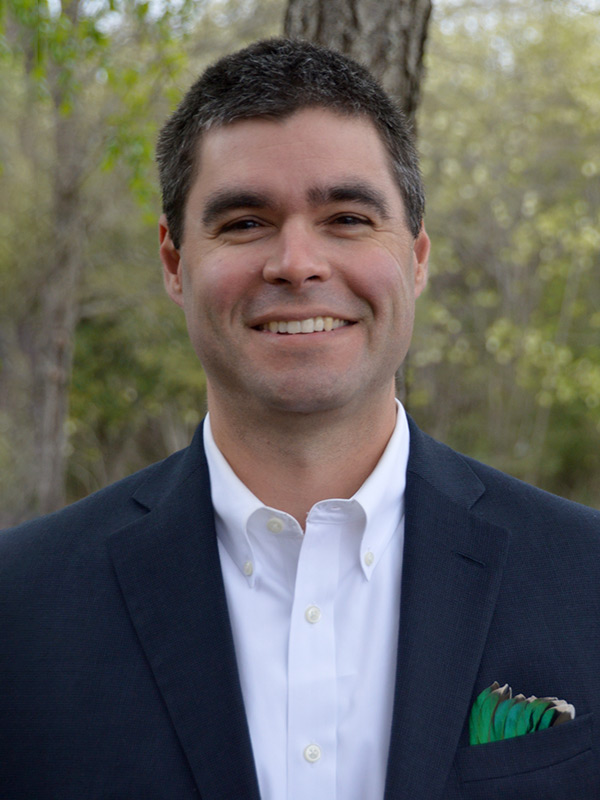 Edward J. Penny of Jackson, College of Forest Resources. A 2000 bachelor’s graduate in wildlife, fisheries and aquaculture and 2003 master’s graduate in wildlife and fisheries science, Penny began his career as a biologist for Ducks Unlimited in California and for the state wildlife agencies in both California and Mississippi. For nearly nine years, Penny served the Mississippi Department of Wildlife, Fisheries and Parks, most recently as director of conservation programs. In this position, he helped preserve fish and wildlife through partnerships with state and federal agencies. He also served on the Mississippi Flyway Council and provided guidance on conservation and funding for the Farm Bill, the North American Wetlands Conservation Act, State Wildlife Grants, and federal duck stamps. Penny’s career has come full circle, bringing him back to Ducks Unlimited with the role of director of public policy—southern region. He handles state, regional and national policy issues related to wetlands and waterfowl habitat conservation and funding, along with public policy efforts in Mississippi and 12 other states. He is a native of Houston. 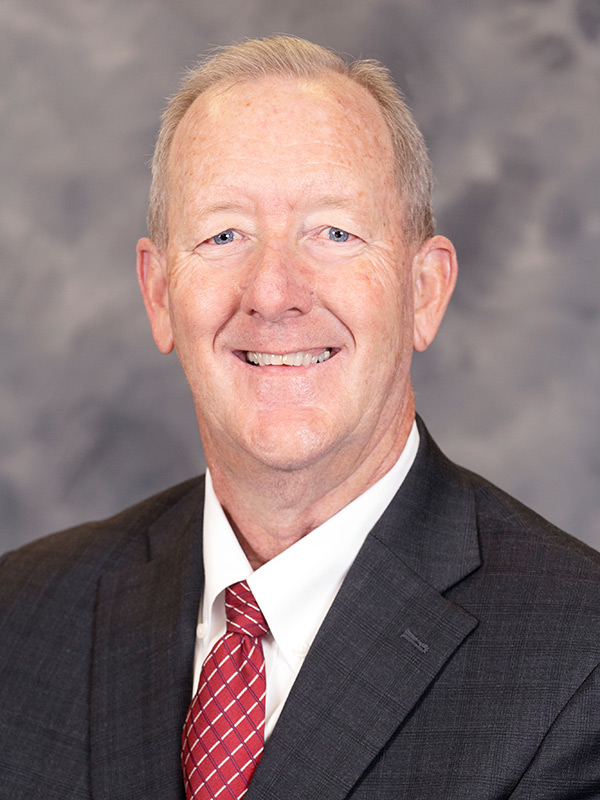 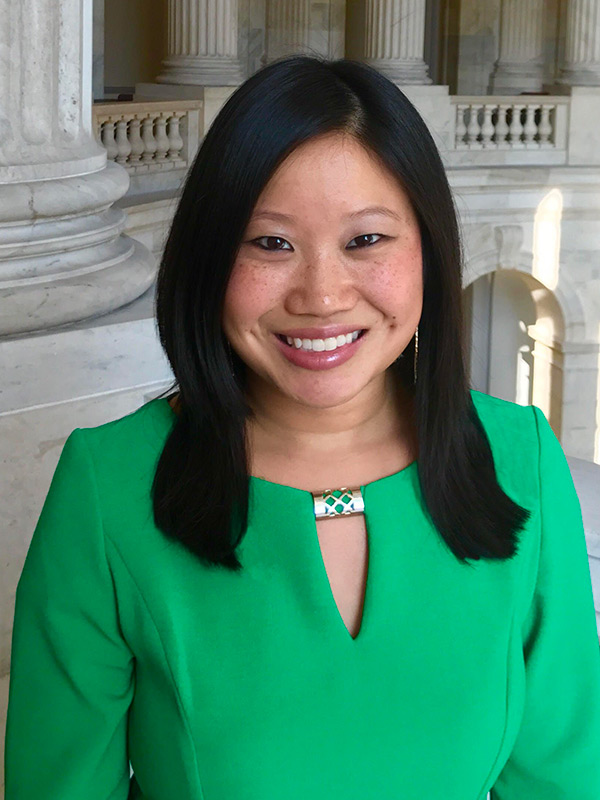 Mississippi State also annually honors the university’s Outstanding Young Alumnus or Alumna. Receiving this honor is Lindsay S. Linhares of Washington, D.C., a 2013 bachelor’s in communication and political science graduate. She is a senior policy adviser for U.S. Senator Cindy Hyde-Smith, and she earlier worked five years for former U.S. Senator Thad Cochran. Since 2016, Linhares has been president of the Washington, D.C. Alumni Chapter. She previously co-chaired the chapter’s student recruitment efforts. She is a Starkville native.

Additionally, special recognition will be presented to four 2018 Distinguished Service Award recipients. These honorees include (alphabetically): 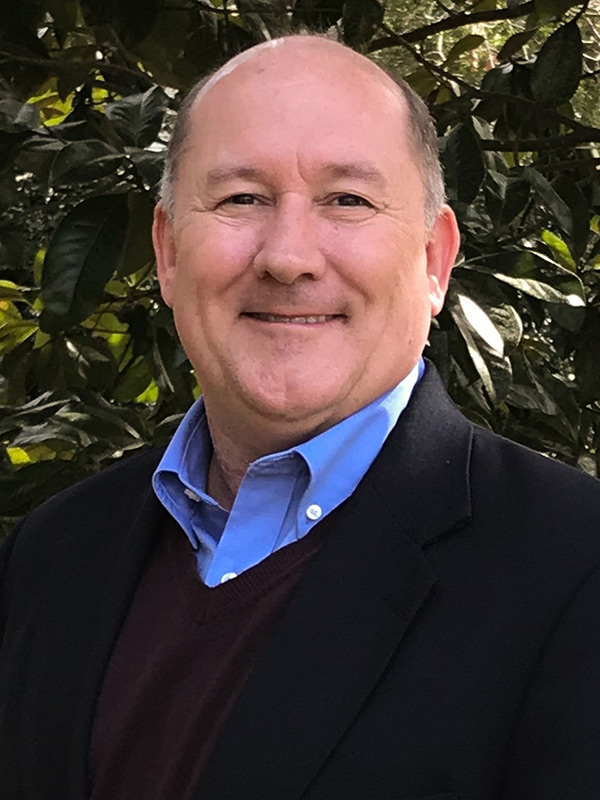 Richard B. Cannon of Ocean Springs, a 1986 electrical engineering graduate of MSU who earned an MBA from William Carey University. He is former secretary and board member of the Mississippi Gulf Coast Alumni Chapter. Cannon works as an engineering manager for Northrop Grumman Corporation. 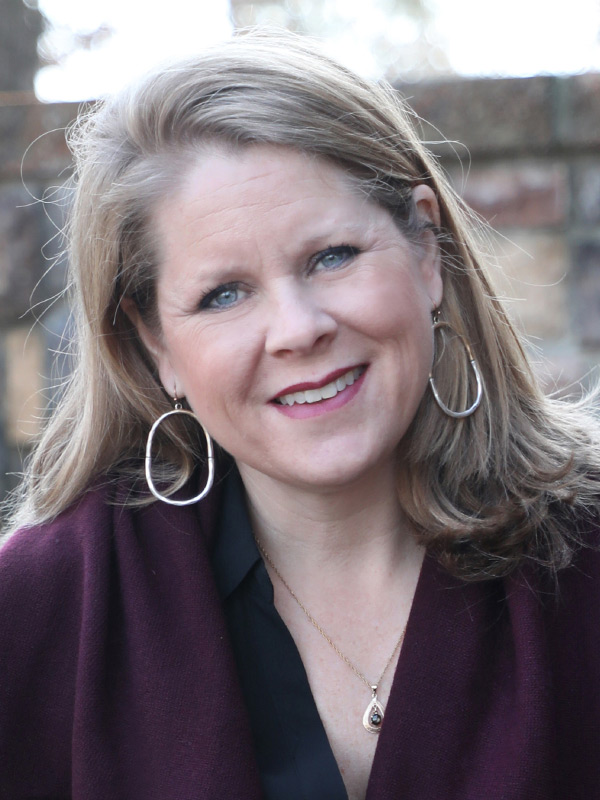 Ina Michelle Gaither of Hoover, Alabama, a 2001 MSU Master of Science in education graduate who earlier earned a bachelor’s degree in elementary education from Murray State University. She is active in the Birmingham Alumni Chapter, having served as secretary and board member. A native of Cleveland, Gaither is a second-grade teacher at Edgewood Elementary in Homewood, Alabama. 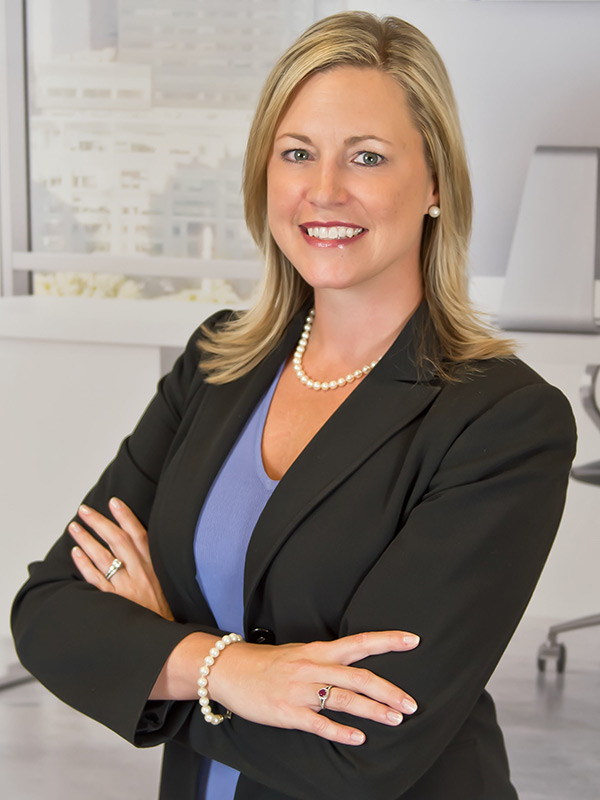 Michelle Y. Sherman of Alpharetta, Georgia, is a 2003 psychology graduate who is past president of the Atlanta Alumni Chapter. Originally from Kentucky, Sherman serves as executive vice president of human resources for Northwestern Benefit Corporation. 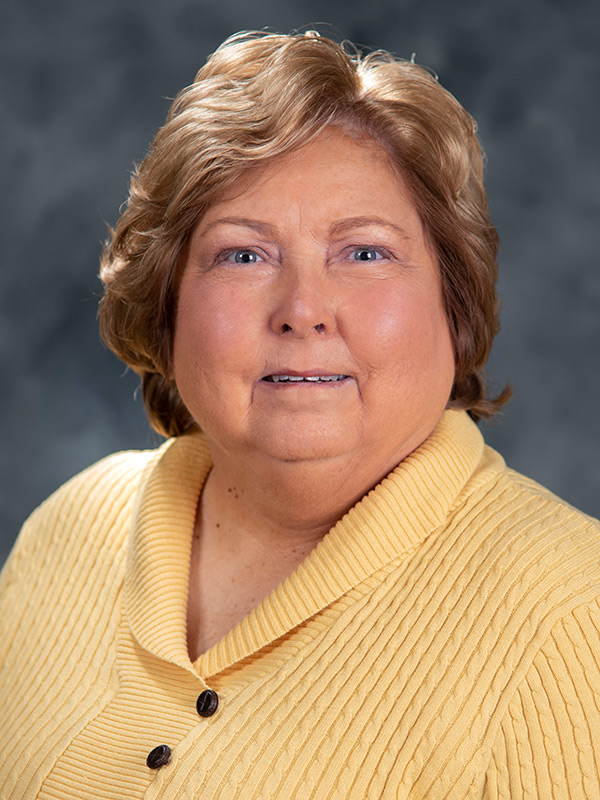 Carolyn R. Stanley of Hampton Cove, Alabama, is treasurer of the Huntsville-Decatur Alumni Chapter. She attended Mississippi State for her Master of Public Administration coursework before completing her study at the University of Alabama-Huntsville. She earlier earned a bachelor’s degree from the Mississippi University for Women. A Starkville native, Stanley is retired from two careers as both an international programs manager for the U.S. Army and as a senior logistics analyst for KBRwyle Inc.

During banquet ceremonies, special recognition also will be presented to the MSU Alumni Association’s most outstanding chapters for their achievements in 2018. The association includes 101 chapters and clubs worldwide, and 52 of them are receiving awards throughout the evening.

The 2019 alumni awards banquet is simulcast live via the internet at 6 p.m. on Friday, March 1. For a broadcast link and more on the MSU Alumni Association, visit www.alumni.msstate.edu (http://mymedia.msstate.edu/viewer.php?live=alumni). On Saturday [March 2], MSU alumni leaders from around the nation will gather at The Mill at MSU Conference Center for the Alumni Association’s annual leadership conference.

Image Alternative Text: Side profile of a face made of fall-colored leaves that are blowing off a tree beneath a blue sky