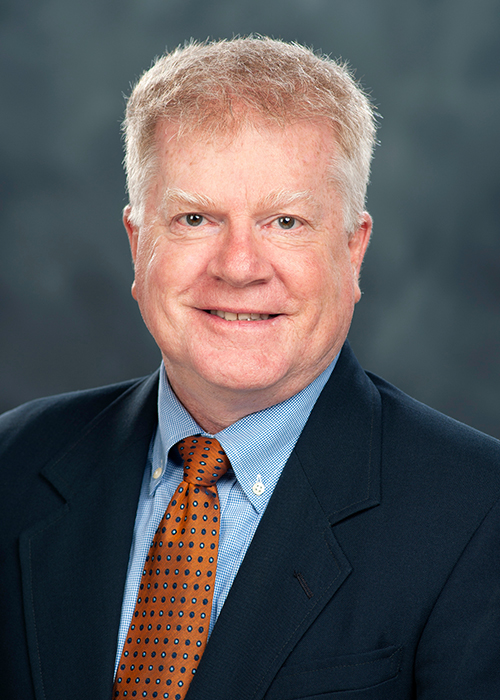 STARKVILLE, Miss.─Mississippi State’s College of Arts and Sciences is announcing veteran archaeologist and associate professor Jimmy Hardin as the new interim director of the Cobb Institute of Archaeology.

Specializing in the Bronze and Iron Age cultures of ancient Syria-Palestine, Hardin steps into the role with more than two decades of experience at MSU.

“Dr. Hardin is a leading expert in the archeological record that focuses on the early establishment of the states of Judah and Israel around 1,000 B.C.,” said College of Arts and Sciences Dean Rick Travis. “His research plays a key role in helping to understand the development of the early kingdom borders of these political entities.”

Travis calls Hardin a “highly accomplished teacher,” citing his leadership on numerous archeological field trips to Israel “where he has trained hundreds of MSU students in the field.”

Hardin began his career at MSU in 1997 as a junior research associate with the Cobb Institute. In 2002 he was named assistant professor of religion in the Department of Philosophy and Religion before joining in 2008 the newly created Department of Anthropology and Middle Eastern Cultures as an associate professor.

Hardin said the Cobb Institute has provided him with resources and opportunities that are “quite rare in American universities.”

Hardin will continue his research project in Israel, but said he is excited about his new opportunity to work more directly with the Cobb Institute’s research associates “to expand [the institute’s work] and share it with the public.

“I am awed by the quality and significance of my colleagues’ work in the southeastern U.S., the Caribbean and the Mediterranean Basin, and I look forward to working more closely with them to explore new opportunities within and beyond the university.”

Hardin is considered an expert in ceramic analysis with wider interests including early and secondary state formation, household archaeology, multi-disciplinary approaches to understanding the archaeological record, and the use of archaeology, anthropology, biblical texts and other historical documents for understanding Old Testament history and the broader cultures of the ancient Near East.

Hardin has participated in archaeological fieldwork in the southeastern and southwestern United States and at numerous sites in Cyprus, Israel and Jordan. He has been involved with the Lahav research project at Tel Halif in Israel since 1986 and is presently working with the project’s senior staff on publication of the Iron Age II materials from Tel Halif. He also is co-directing excavations and survey at Khirbet Summeily, a small Iron Age site in southern Israel in the border region of ancient Philistia and Judah.

Hardin and MSU professor emeritus Joe Seger are co-editors of a volume from Field IV excavations at Tel Gezer, Israel, on the fortification systems of the Middle Bronze age and later.

Hardin is an active member of the American Schools of Oriental Research, serving as an elected member of the agenda committee and committee on archaeological policy.  He serves on the board of directors for the Albright Institute of Archaeological Research in Jerusalem, America’s oldest overseas research center, and was recognized by the Mississippi Humanities Council as teacher of the year in 2013.

Hardin earned his Ph.D. and master’s degree, both in Near Eastern archaeology, from the University of Arizona. He received his bachelor’s degree in anthropology from MSU.

The Cobb Institute was founded in 1971 to promote archaeological research and education at MSU. It is home to the Lois Dowdle Cobb Museum of Archaeology.

The Cobb Institute of Archaeology is a research and service unit of the College of Arts and Sciences, which includes more than 5,300 students, 300 full-time faculty members, nine doctoral programs and 25 academic majors offered in 14 departments. Complete details about the College of Arts and Sciences may be found at www.cas.msstate.edu. Its Department of Anthropology and Middle Eastern Cultures is online at www.amec.msstate.edu.

MSU To Hold Parade And Celebration For National Championship Team