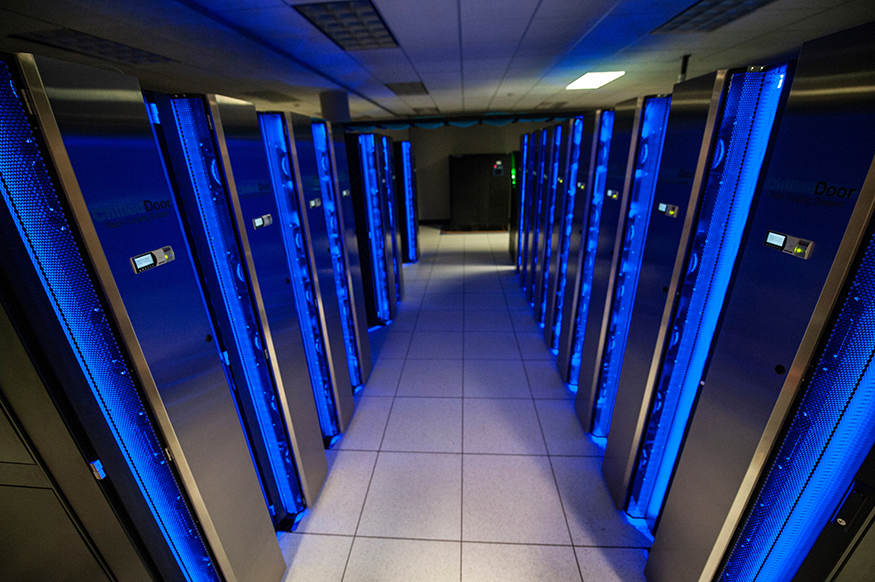 With this month’s installation of a new supercomputer capable of more than 5 quadrillion—that’s 5,000,000,000,000,000—calculations per second, the university is strengthening its reputation as a leader for cutting-edge computational research. A new Top500 Supercomputer Site ranking released this week reveals that MSU’s “Orion” is the 4th fastest academic system in the U.S. The Top500.org list, which ranks the world’s most powerful non-distributed computer systems, also gives the MSU supercomputer an overall worldwide ranking of No. 62. 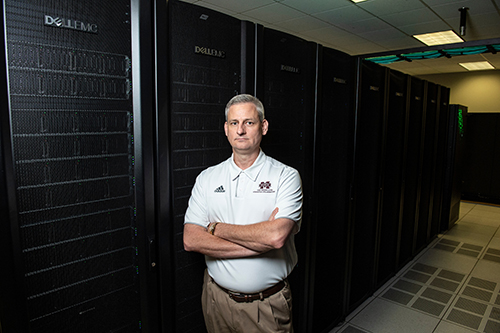 “Orion is capable of over 5 petaFLOPS, or Trillion Floating Point Operations Per Second, of computer power,” Breckenridge said. “That is five thousand trillion calculations per second.”

Located in the Thad Cochran Research, Technology and Economic Development Park adjacent to the Starkville campus, Orion is MSU’s largest supercomputer to date. It has 72,000 processing cores and nearly 350 terabytes of Random Access Memory, or RAM.

Breckenridge described the magnitude of Orion’s physical size as 28 computer cabinets, with each cabinet being the size of an industrial refrigerator. It requires a megawatt of power to run and 250 tons of chilled water for cooling.

“Our previous system, Shadow, was capable of over 593 trillion calculations per second. This new system is nearly 10 times larger,” Breckenridge said.

Orion is funded through grants totaling $22 million from the National Oceanic and Atmospheric Administration to support NOAA research activities in environmental modeling, including weather modeling and simulation. The Dell-EMC system is providing additional high performance computing capacity to run large, more complex and more detailed environmental models, while advancing the historic and on-going relationships between MSU and NOAA scientists.

MSU has been a leader in computing research for decades, having a supercomputer appear on 27 of the last 48 Top500 lists, dating back to 1996. 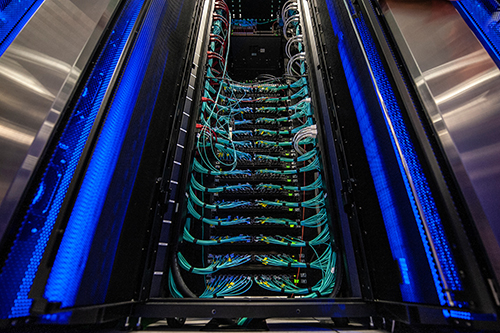 Breckenridge said a supercomputer is one of the fastest, most powerful computers in the world at any given point in time. He explained that a supercomputer allows researchers and scientists to conduct tedious calculations and simulations of physical phenomena, ultimately resulting in a better understanding of the world around us.

One of MSU’s historic “super” computations occurred in 1998 during what has become known as the “John Glenn Mission.”

During NASA’s space shuttle mission STS-95, the scientific agency called on MSU researchers to ensure the shuttle’s safe return after a steel plate protecting the aircraft’s drag chute became dislodged. The uncovered parachute, likelihood of accidental deployment, and unknown possibilities with the shuttle’s reentry into the earth’s atmosphere had NASA relying on MSU scientists to perform a simulation using unstructured grid technology developed by the university. What could have taken some researchers months to complete was successfully done in two days at MSU, and the astronauts’ return was safeguarded.

“NASA could have called on any other lab, university or center to do a simulation, but they called us,” Breckenridge said. “We devoted half of our largest supercomputer resource to do the analysis, which indicated that there would be no ill effect during the launch without the panel.”

“High performance computing is becoming prevalent in nearly every aspect of our lives,” Breckenridge said. “Supercomputers are becoming more mainstream, and we are seeing greater adoption of them. These tools are all about making life better for all of us.”

“As we move into the future, this new supercomputer will enable us to do more and more advanced research at Mississippi State University,” he said. “There are numerous areas where we will be able to utilize this resource to benefit the citizens of this state, nation and world.”

For more information about the MSU High Performance Computing Collaboratory’s equipment and capabilities, visit www.hpc.msstate.edu or contact Breckenridge at trey@hpc.msstate.edu.

‘Talent and ideas are everywhere’: Importance of broad research funding highlighted at NSF Day at MSU