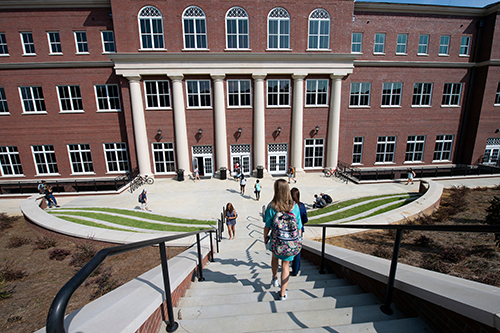 For the just-ended fiscal year, the 141-year-old land-grant institution attracted $113.1 million in private gifts and pledges of future support—an increase of $10.6 million from FY 2018’s $102.5 million. The largest fundraising year previously recorded was in excess of $109.6 million during FY 2015.

“The generous support of alumni and friends places Mississippi State at the forefront of academic quality, student and faculty successes, and research-driven economic development,” said MSU President Mark E. Keenum. “With consistent private support, we’re building our expertise and our reputation in critical areas that make a positive difference in our world.”

All commitments for FY 2019 are part of the university’s ongoing Infinite Impact campaign, which has raised $965.5 million. Since beginning quietly in mid-2010, the campaign marches toward its $1 billion goal and a scheduled June 2020 conclusion.

“The signs of progress at Mississippi State are definitely apparent in our Infinite Impact campaign and in our six consecutive years of raising over $100 million,” said John P. Rush, vice president for development and alumni and MSU Foundation CEO. “Our university is experiencing growing numbers of first-time major gifts donors, and we anticipate continued response through the remainder of the campaign.”

Another noteworthy FY 2019 accomplishment is growth of the university’s annual giving program, which amassed in excess of $2 million for the first time in school history. The percentage of former students who support Mississippi State surpassed 18 percent, a measure well above the national average and most of the university’s peer institutions. Additionally, a strong year in deferred gifts marked an impressive 24 percent increase from FY 2018.

Founded in 1962, the MSU Foundation administers the majority of the university’s fundraising activities. MSU’s current endowment totals some $525 million.