Dr. Harvey S. Lewis of St. Petersburg, Florida, a former Mississippi State leader who at one point served as interim university president, has died at the age of 80. 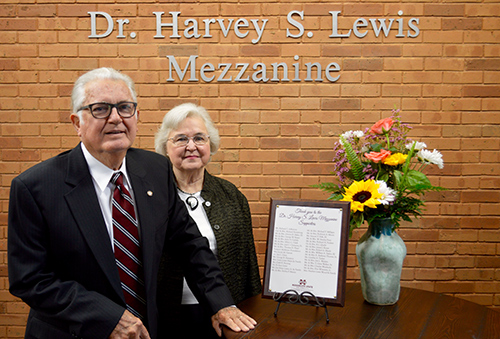 Lewis enjoyed a successful career in higher education. Among his various MSU positions, he served as vice president for administration and development and interim university president. He retired in 1997 as dean of the College of Business, which grew significantly under his direction.

Lewis also served as executive vice chancellor at the University of Mississippi and associate dean of business at the University of Central Florida. He was a member of the MSU Foundation board of directors in 1984-1985. He also was a past president of the Starkville Rotary Club.

The Lewises have given generously to their alma mater, including support for several annual scholarships and the Dr. Harvey S. and Dr. Di Ann B. Lewis Endowed Scholarship in business and another in special education, among others. The Dr. Harvey Lewis Mezzanine in McCool Hall is a space on the second floor of the Seal Family Business Complex atrium made possible through the support of more than 30 contributors who wanted to honor Lewis’ impact on the lives of many fellow Bulldogs.

In addition to his wife, Lewis is survived by children Jon, Lauri, an MSU elementary education graduate, and Heather.

‘From idea to reality’: Bully’s Closet and Pantry opens to serve MSU students