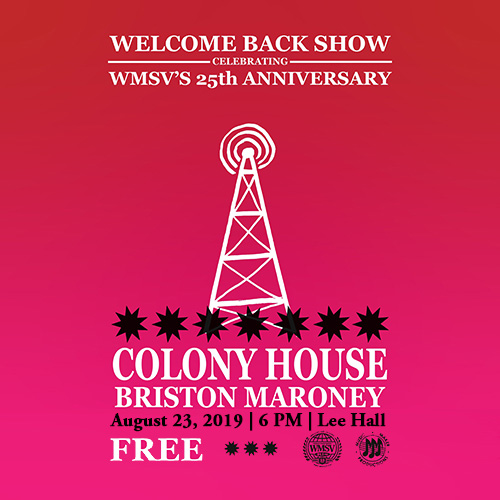 STARKVILLE, Miss.—Mississippi State’s Music Maker Productions and WMSV radio station are presenting a Welcome Back Show on Aug. 23 in honor of the station’s 25th anniversary.

Free and open to the public, the 6-9:30 p.m. event is being held in Bettersworth Auditorium at Lee Hall on the Starkville campus. Opening act Briston Maroney will go on at 6:30 p.m., followed by headliner and national act Colony House at 7:45 p.m.

In 2014, Franklin, Tennessee-based indie rock band Colony House released “When I Was Younger,” its debut album that reached and remained on the Billboard Top 200 charts for several weeks. The quartet toured with popular indie/alternative artists NEEDTOBREATHE, Ben Rector, and Drew Holcolm and the Neighbors in 2015. Its sophomore album, “Only the Lonely,” also appeared on the Billboard Top 200 charts in 2017.

Music Maker Productions is an MSU student organization with a primary goal to provide quality, contemporary entertainment for the university community. For more information about this event, visit www.msuconcerts.com or call the Center for Student Activities at 662-325-2930.

Image Alternative Text: A wide shot of students and employers at Humphrey Coliseum during MSU’s Career Days, now known as the Career Expo