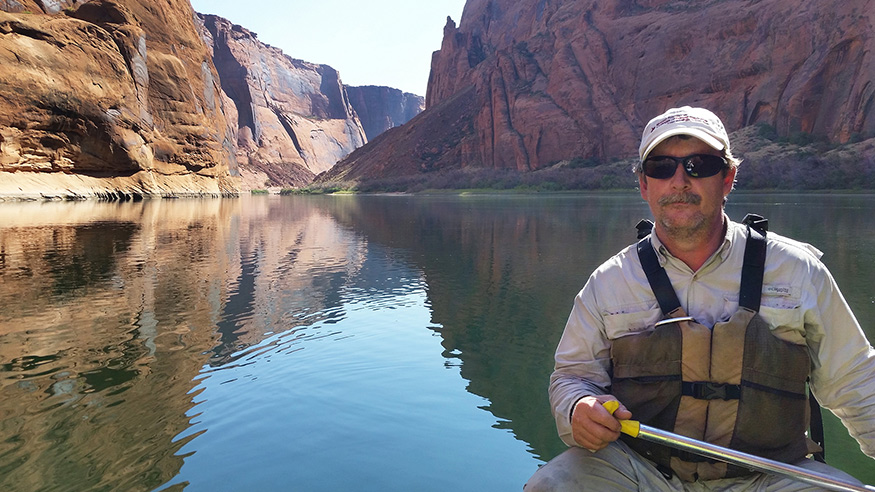 I remember it like yesterday. Nearly five decades ago, in fifth grade science, Mr. Wibbles asked the class what careers we might pursue when we grew up.  Without hesitation, my hand shot up and I proclaimed, “I am going to be a wildlife biologist.”  The teacher perused the long list of prospective careers in his hand and stated, “I am sorry, but the closest thing on this list is a forest ranger.  Would you like to be a forest ranger?”  Never lacking confidence, I responded, “No, I don’t want to be a forest ranger. I am going to be a wildlife biologist.” As a member of the National Wildlife Federation since third grade, my passion for wildlife and wild things had been ignited early—camping in national parks, hiking on the Appalachian Trail, canoeing the limestone creeks of southern Indiana, exploring the back 40 on grandfather’s farm, and wading the frog ponds of our suburban neighborhood.

I have been blessed these last three decades to pursue a career as a wildlife scientist at a land-grant university, working daily at the nexus of my vocation and advocation. So, celebrating National Wildlife Day comes naturally. However, in our increasingly urban society, many people may not understand my affinity for wildlife or even why we would celebrate a national day for wildlife. Author Richard Louv, in his best-selling book “Last Child in the Woods,” calls this “nature-deficit disorder,” and attributes it to the trend of people, especially children, spending less time in unstructured outdoor activities.  Unlike my childhood, few children today have encountered wildlife in wild places. In today’s device-driven culture, exposure to wildlife is more likely to occur through Animal Planet than face-to-face in the outdoors. But it hasn’t always been that way.

Wildlife hold a unique place in our human psyche, playing a central role in culture throughout history.   We have coexisted with myriad wildlife species as fellow inhabitants of this planet. We have interacted with wildlife as competitors, predators and prey.  Wildlife are the ancestors of our domesticated food, working and companion animals. We have been fascinated by and dependent upon wildlife throughout history. Over geological time, wildlife species may have been indifferent to our existence, but our success has been inextricably linked to the abundance of fish, fowl and furred creatures that have fed us, clothed us, and fueled our economies.  Wildlife contribute to the productivity and resilience of ecological systems and produce environmental services such as pollination, nutrient cycling and biological control.  Beyond these utilitarian values, they provide intangible aesthetic, cultural, spiritual and intellectual values. Wildlife, and the ecosystems they inhabit, enrich our lives and renew our spirits.

The abundance of natural resources, including a wealth of wildlife species, have contributed immensely to the economic, geopolitical and technological prominence of the United States. In the not-too-distant past of the late 1800s, however, unregulated market-hunting and widespread habitat destruction wrought havoc on wildlife populations and put many species on a path to extinction.  In his recent book “North American Wildlife Policy and Law,” Mississippi State University Professor Emeritus Bruce Leopold describes that from this impending disaster came a uniquely American approach to conservation.  One grounded in the premise that wildlife belonged not to the king, government or even landowner, but to the people, to be held in collective trust for the benefit of all. One based in a land ethic. Out of this commitment flowed a body of environmental law and policy which provided rules to govern activities affecting wildlife and principles guiding decision making, both informed by the best available science.

Land-grant universities, like Mississippi State with its College of Forest Resources, Forest and Wildlife Research Center, Cooperative Fish and Wildlife Research Unit, and Cooperative Extension Service, have contributed significantly to the science which informs policy to protect our nation’s wildlife resources. This alignment of social will, law and science-based policy, although not always perfectly implemented, has allowed American wildlife to persist and flourish despite increasing demands on natural resources. This American legacy of conservation has helped to ensure that our children, and their children, will have the opportunity to experience and celebrate wildlife, not just once a year and not just in a video, museum or zoo, but face-to-face, in the wild, as it should be.  In the foreword to his “Sand County Almanac,” conservationist Aldo Leopold said, “There are some who can live without wild things, and some who cannot.” Count me among those who cannot.