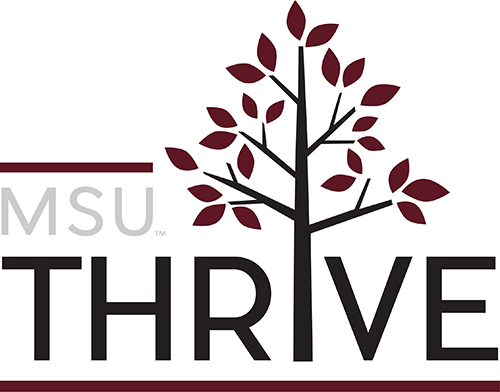 The Dr. Joseph and Mrs. Anna Chromiak Memorial Endowed Scholarship will be awarded to full-time MSU students, and recipients may be eligible to receive the award for up to four years when maintaining academic requirements. The Chromiak memorial endowment gives preference to students who are a part of MSU’s Thrive Scholars Program and was created with a primary purpose of providing critical funds for students who have “aged out” of the foster care system or have lost their parents and need financial assistance to pursue higher education

“Joseph and Anna contributed so much to this university and after their passing, a number of us who were fortunate enough to have worked with them were compelled to do something in their memory,” said Peter Ryan, associate provost for academic affairs and interim dean of the MSU Graduate School, who made a lead gift for the endowment. “It seemed like a very good fit to honor them with a scholarship that will help students who have a particularly significant need for support.”

MSU Thrive was launched at the land-grant institution in 2018 to assist students who have been or continue to be a part of the foster care system, are emancipated minors, homeless, have had both parents die, or any combination of these issues. Along with furnishing students with resources to help them succeed in the classroom, MSU Thrive also works to provide a sense of community and belonging.

Currently, some 50 Thrive Scholars are enrolled for the fall semester, with 11 being entering freshmen. The Thrive community’s primary goal is to alleviate nonacademic stressors that can hinder students’ academic achievement and degree completion.

“The Thrive Program is so important because it targets a group of young individuals who have great potential but are often overlooked,” Ryan said. “Thrive students have often endured tremendous losses in their own lives, and this program is so much more than just financial assistance to pursue higher education—it’s a humanitarian effort that is dedicated to building relationships and giving these young people a place to call home.”

Joseph Chromiak was born in Pennsylvania and earned his bachelor’s degree from Clarion State College and a master’s degree in 1984 from the University of Michigan’s Department of Kinesiology. In 1990, he graduated from Auburn University with a Ph.D. in physiology and then completed a post-doctoral fellowship at Brown University and its affiliated Miriam Hospital in Providence, Rhode Island.

Joining the MSU faculty in 2000, Joseph served as associate professor in the Department of Kinesiology, and later as the department’s graduate coordinator and interim head. During his tenure at MSU, Joseph Chromiak received numerous research awards and honors and mentored more than 25 students in his discipline as a graduate adviser and committee member.

Anna Chromiak earned a bachelor’s degree from the University of Delaware in 1981 and a Master of Science from Auburn in 1984. She worked as a research assistant at the USDA-ARS laboratory in Auburn from 1984 until 1990, during which time she met and married her husband.

In 2008, Joseph Chromiak died after a hard-fought battle with cancer. A decade later, Anna Chromiak lost her own battle with another form of the disease. However, generous gifts for the Chromiak scholarship ensure the couple’s legacy will live on at Mississippi State, where their son, Joseph, is pursuing a degree in biological sciences. Launched in early 2019, the fund gained enough support to be fully endowed before the end of the spring semester.

“The outpouring of support for this endeavor was incredible, and I’m grateful to all that contributed,” Ryan said. “I know that Joseph and Anna would be proud to have their names associated with the good works of MSU Thrive.”

Additional information about MSU Thrive can be obtained by visiting www.thrive.msstate.edu. To learn more about supporting Thrive or making a contribution to the Dr. Joseph and Mrs. Anna Chromiak Memorial Endowed Scholarship, contact Mary Beth Baldwin, associate director of annual giving, at 662-325-6770 or mbaldwain@foundation.msstate.edu.

Image Alternative Text: A young student looks at a math grid as a teacher also looks and points at the paper.