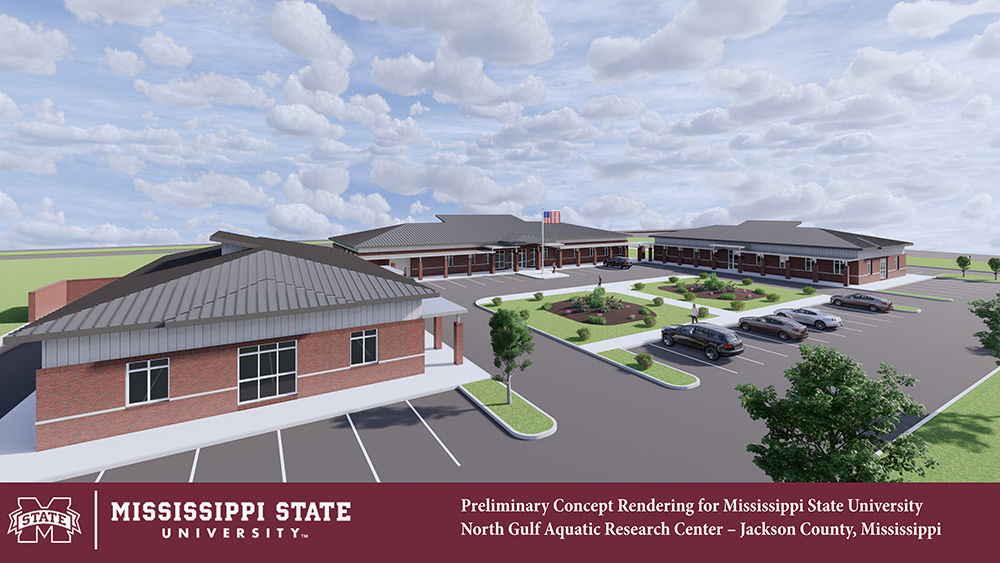 STARKVILLE, Miss.—Mississippi State has received formal approval to build the Northern Gulf Aquatic Food Research Center, a multi-million-dollar facility in Ocean Springs and the first of its kind on the Mississippi Coast.

The Mississippi Institutions of Higher Learning, Jackson County Board of Supervisors and Jackson County Port Authority have formally approved siting the center on four acres in the Sunplex Light Industrial Park, located on Mississippi Highway 57, approximately one mile from Interstate 10 and U.S. Hwy 90.

The Northern Gulf Aquatic Food Research Center is funded in part through the RESTORE Act, administered through the Mississippi Department of Environment Quality. The center will provide the Gulf Coast seafood industry with robust safety testing and quality assurance. To be constructed in three phases, the first phase includes construction of a biosafety laboratory and an analytical chemistry laboratory for measuring chemical residues in water and aquatic food products, capabilities that are currently exported out of the state.

Additional phases will include a commercially equipped pilot plant for processing, shelf-life research and product development. An incubator space to work in partnership with the industry will be an adjacent addition for transfer technology developed in the safety of the pilot plant.

MSU President Mark E. Keenum said the center’s impact on food safety and the blue economy—a term used to describe sustainable use of ocean resources while maintaining the coastal water quality—will be tremendous.

“This is an exciting venture for our university as it couples economic development with food safety and security, two strategic research initiatives at Mississippi State,” Keenum said. “Our faculty, staff and students are driven to find efficient and effective ways to feed the world while also bolstering our state’s economy.”

Keenum noted the center continues MSU’s long history of working to develop and improve the aquaculture industry throughout Mississippi and beyond, citing the university’s recent designation as headquarters of the Feed the Future Innovation Lab for Fish, a U.S. government global hunger and food security initiative funded by the U.S. Agency for International Development.

Mississippi ranks first in the production of catfish, which saw a $226 million value of production in 2019, and the state’s seafood industry contributes over $234 million to the state economy, employing nearly 5,000 residents.

The Northern Gulf Aquatic Food Research Center, a project in the university’s Mississippi Agricultural and Forestry Experiment Station, is designed to help rebuild and strengthen the region’s seafood industry and economy.

Randy Bosarge, Jackson County supervisor representing District 5, said of the Jackson County Economic Development Foundation’s role in siting the location, “The Sunplex Technology Park was developed with the specific intention of recruiting high-growth, technology-oriented investments such as this, which is another example of multi-level partnerships that the foundation has been successful in achieving over the years.”

Melton Harris, president of the Jackson County Board of Supervisors, said the partnership brings essential innovation to Mississippi’s Gulf Coast.

The new center will build effective teams of scientists from among the MSU system and other Northern Gulf region universities; federal entities including the U.S. Food and Drug Administration, National Oceanic and Atmospheric Administration, and Agricultural Research Service of the U.S. Department of Agriculture; state departments of Marine Resources and Health; and the private sector.

For more information about the Mississippi Agricultural and Forestry Experiment Station, visit www.mafes.msstate.edu.