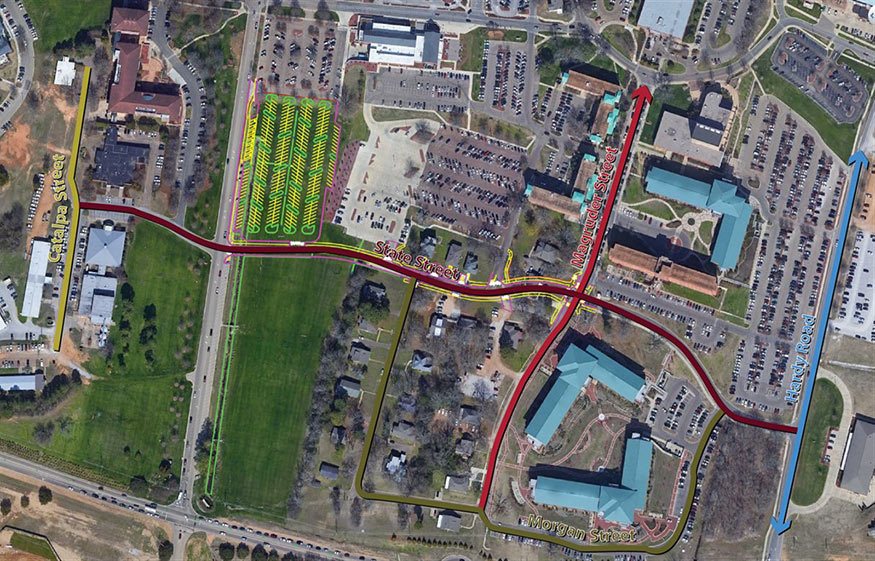 MSU’s Division of Finance and Administration is opening the new State Street corridor on Friday [April 16]. After a year of construction on the new road, which is part of the university’s South Campus Gateway, MSU students, faculty, staff and alumni who frequent the southern campus roadways will welcome the new route which stretches from Hardy Road (engineering row) to the newly named road Catalpa Street. Catalpa runs adjacent to Stone and is behind the Pace Seed Technology Laboratory, Ballew Hall and other agriculture facilities.

Along with the State Street opening, 400 new parking spaces are becoming available at this same time in a lot at the intersection of Stone and State.

And, Morgan Street on the south end of campus, known by many as the faculty housing circle, now has been extended to include traffic that flows around the south and east sides of the student housing building Magnolia Hall.