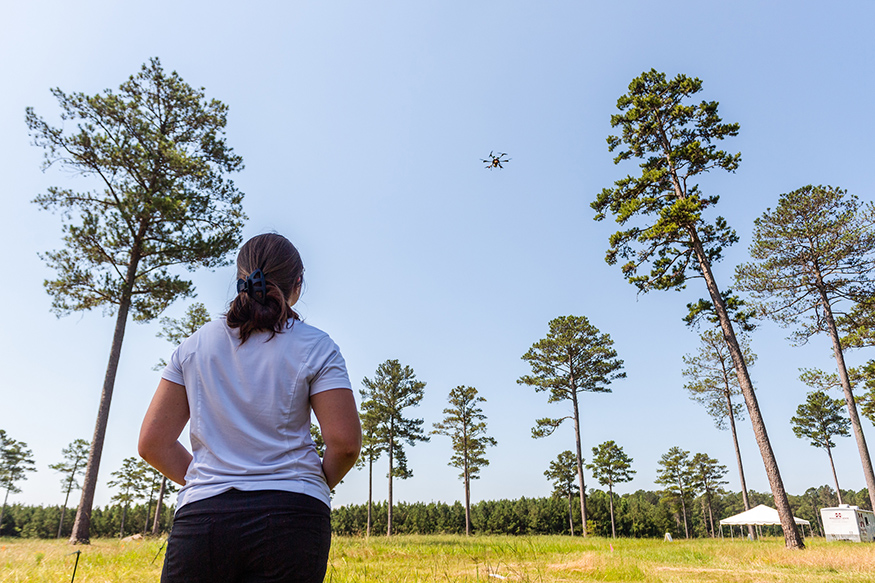 After a week’s worth of competitions, the First Responder UAS Triple Challenge awarded $150,000 in the final stage, part of a total available prize purse of $520,000 for two challenges, to teams of drone enthusiasts for building solutions to help emergency first responders locate multiple missing persons more efficiently.

“We were impressed with the competitors’ innovative ideas and diligent preparation,” said Tom Brooks, director of the Raspet Flight Lab. “Efforts like this accelerate technology availability to first responders, and we were thrilled to be a part of it.”

Challenge 3.1 winners were selected for improving image detection and enhanced navigation techniques to “close the distance” more quickly. Winners include:

In Challenge 3.2, teams were awarded prize money for innovating a cost-effective, robust and easily deployable drone solution which delivers data files in a cellular denied area. Winners of 3.2 include:

Finally, the competition awarded prize money to teams for developing an attack and countermeasure on open-source navigation or control software that may disrupt a drone’s navigation for Challenge 3.3. The following winners were awarded $30,000 each:

Raspet’s portion of the effort was coordinated by Shawn McNutt, aviation program manager in the MSU flight lab.

MSU’s Raspet Flight Research Laboratory is the nation’s leading academic research center dedicated to the advancement of unmanned aircraft systems. Raspet is the only institute in the world designated both as the Federal Aviation Administration’s UAS Safety Research Facility and as official UAS Test Sites for both the FAA and the Department of Homeland Security. Home to a fleet of the largest and most capable unmanned aircraft in academic use, Raspet conducts UAS research on behalf of federal agencies and commercial industry.