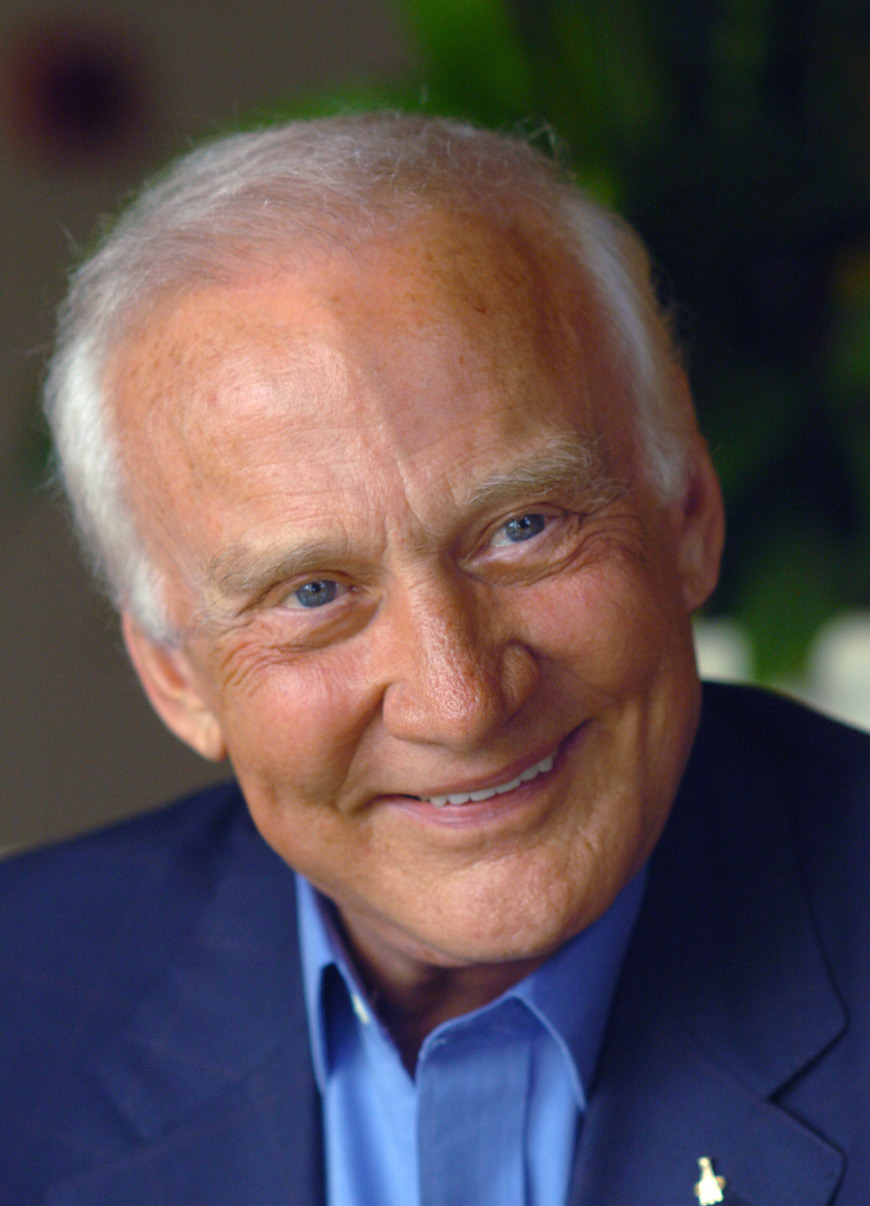 The February 9 event will begin at 7 p.m., with doors opening at 6:30 p.m. Though admission is free, tickets are required and will be available in Colvard Student Union Suite 314 starting today [January 19] for students. Faculty/staff and general public tickets are available beginning January 20.

Aldrin, along with Neil Armstrong, was one of the first men to walk on the moon. On July 20, 1969, Aldrin, Armstrong, and Michael Collins made history with their historic Apollo 11 mission. This heroic endeavor was witnessed by the largest worldwide television audience in history.

Aldrin was born in Montclair, New Jersey, on January 20, 1930. He is the son of Marion Moon and Edwin Eugene Aldrin, who was an aviation pioneer and a student of rocket developer Robert Goddard. Buzz Aldrin attended the Military Academy at West Point and graduated with honors in 1951, third in his class.

Upon receiving his wings, Aldrin flew F-86 Sabre Jets in 66 combat missions in the Korean Conflict. He then earned a doctorate in astronautics from the Massachusetts Institute of Technology in Manned Space Rendezvous. Aldrin devised techniques used on all NASA missions, including the space docking of the Russian Cosmonauts.

Aldrin has been given numerous awards and titles throughout his career, including the Presidential Medal of Freedom and the Congressional Gold Medal, the highest civilian honors among more than 50 distinguished awards and medals from the United States and numerous other countries.

After retiring from NASA, the Air Force, and his position as Commander of the Test Pilot School at Edwards Air Force Base, Aldrin has remained at the forefront of efforts to ensure a continued leading role for America in manned space exploration. To advance his lifelong commitment to venturing outward in space, he created a master plan of evolving missions for sustained exploration using his concept, “The Cycler,” a spacecraft system that makes perpetual orbits between Earth and Mars.

In 1983, this system received a patent for a permanent space station he designed. Aldrin also has written nine books including his 2009 autobiography, NY Times Bestseller Magnificent Desolation, and his two most current books published by National Geographic, Mission to Mars released in May 2013 and his children’s book, Welcome to Mars: Making a Home on the Red Planet, released in September of 2015.

Today, Aldrin lives in Satellite Beach, Florida. This past year, he launched the Buzz Aldrin Space Institute at Florida Institute of Technology which focuses on his concept for Cycling Pathways to Occupy Mars. He lectures and travels throughout the world to promote his vision for our future in space.