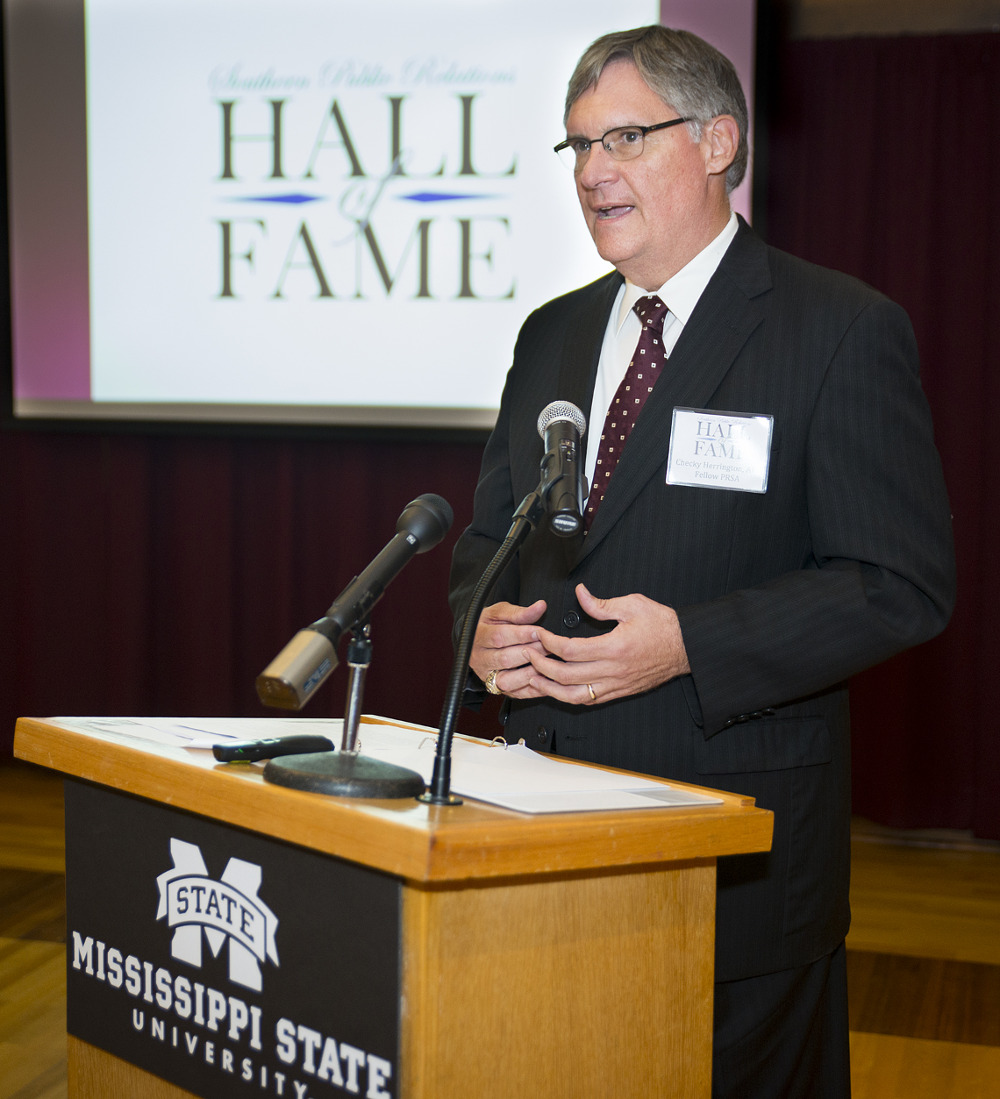 STARKVILLE, Miss.—A senior member of Mississippi State’s Office of Public Affairs is being honored as one of the newest inductees into the Southern Public Relations Federation’s Hall of Fame.

Checky Herrington, MSU’s marketing research analyst, was inducted at a luncheon ceremony today [July 21]. A native of Louisville, he has more than three decades of experience in public relations, marketing and brand-strategy development.

Since joining the university in 2014, Herrington has spearheaded the “We Ring True” branding initiative, which has garnered numerous awards, including Best of Show for the Public Relations Association of Mississippi’s recent Prism Awards competition. The Office of Public Affairs also has been recognized by the Council for Advancement and Support of Education District III for branding/identity and external communications, and last year “We Ring True” won 23 awards at the Southern Public Relations Federation’s annual conference, including four Lantern Awards, the organization’s top honor.

“Checky is a true professional who understands the power of storytelling. He uses his own passion for Mississippi State to drive his work as a leader in the Office of Public Affairs. The ‘We Ring True’ branding initiative, which he has worked tirelessly with, is helping advance MSU to new heights by conveying the successes of the university to a broader audience,” said Sid Salter, director of the Office of Public Affairs and MSU’s chief communications officer.

Before returning to his alma mater, Herrington enjoyed a 30-year career with Entergy Corp., leading the company’s communications efforts. During this time, he received many awards and honors, including recognition from the Public Relations Society of America with the Silver Anvil Award for work as a team member during and after Hurricane Katrina.

In 2014, Herrington received the Accreditation in Public Relations designation from PRSA’s University Accreditation Board, and in 2015, he was inducted into PRSA’s College of Fellows. This prestigious group includes some 350 senior members – less than two percent of all members – who have successfully advanced in the profession by distinguishing themselves in major leadership roles.

Image Alternative Text: A tractor is pictured in a field of crops with the sunshine glinting from above.