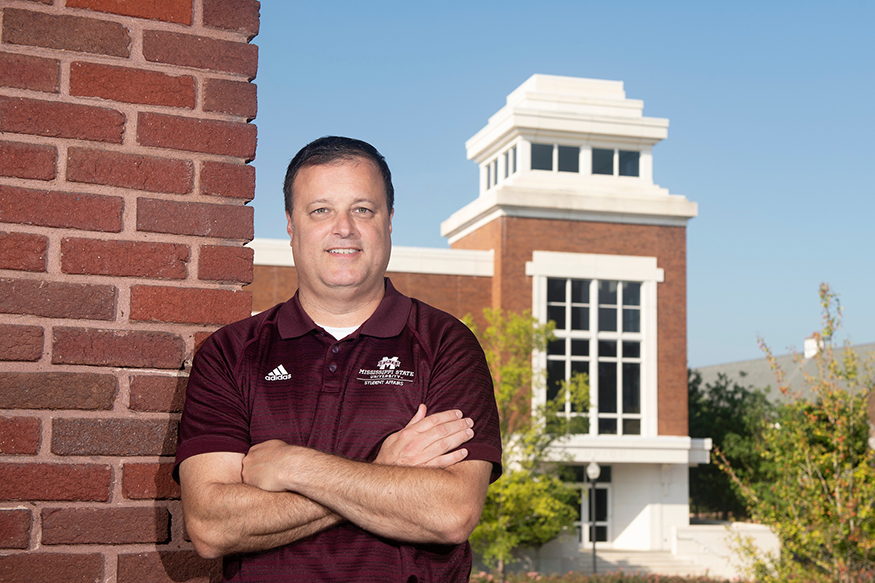 Andrew Rendon, director of MSU’s Office of Planning and Assessment, will spend 10 months at the Army War College in Carlisle, Pennsylvania, where he will pursue a master’s in strategic studies. The education and training received at the 117-year-old institution will prepare Rendon for strategic command in the Mississippi Army National Guard. A Starkville native, Rendon is currently a lieutenant colonel in the National Guard.

“The Army War College is a step in an officer’s professional military education that allows for the officer to work and to lead at the strategic level,” Rendon said. “The learning outcomes are associated with research, military concepts and strategic thinking. At my rank, everybody has to apply for the War College. I applied and I truly did not think I was going to get it, but I’m grateful that it happened.”

Rendon, a two-time graduate of Mississippi State and product of the MSU Army ROTC’s Bulldog Battalion, was serving on a deployment in Kosovo when he received word that he was accepted into the War College.

“We are so very grateful for Andrew’s service with the Mississippi National Guard and his selection to attend the prestigious Army War College is an honor for us all,” said MSU Vice President for Student Affairs Regina Hyatt. “MSU is proud of the service of men and women, like Andrew and our many faculty, staff and students and their families, who give so selflessly to serve.”

Rendon spent nine years on active duty in the U.S. Army before deciding to come home to Starkville and continue his military service through the Mississippi National Guard. He joined the National Guard in 2004 and has been an MSU employee since 2006. He served as director of MSU’s G.V. “Sonny” Montgomery Center for America’s Veterans, but made a “difficult” decision to step down from the position as he was preparing for a deployment to Afghanistan. Despite his decision to step away from MSU’s veterans center, the Division of Student Affairs found a job for him when he returned from his deployment and has continued to support him through his military obligations, Rendon said.

“I felt like it was important for the university to have a director for the Montgomery Center for America’s Veterans who wasn’t gone a lot,” Rendon said. “It was a hard thing to do, but I made that sacrifice and the university turned around and they had a position for me when I came back. I’ve been able to have different success in different areas. This shows the university’s 100 percent support of service members.”

“There are a lot more people at the university who have deployed several times during the global War on Terror and it’s always been continuous support from the university and from their respective supervisors,” Rendon added. “I have to give a lot of credit to the Division of Student Affairs for supporting everything I’ve done in the military at every step along the way. It means a lot to me and my family.”

The Mississippi Army National Guard sends approximately one officer to the Army War College every two years. The college provides high quality professional military education and produces graduates who are skilled, critical thinkers and complex problem solvers. With an emphasis on strategic leadership, the Army War College is the only senior leader college that addresses the development and employment of landpower. Rendon said his training at the institution will be a strong benefit to both his military and civilian careers.

“At MSU, I work with the leadership to develop strategic plans for our division, so going and getting a master’s in strategic studies, while the focus is a little different, has the same fundamental skill sets that are required,” Rendon said. “The university does value the credentials from the Army War College and the training I’ll receive.”

For more on the U.S. Army War College, visit www.armywarcollege.edu.

Image Alternative Text: A woman stands in front of a video camera with television monitors in the background as she records a talk.