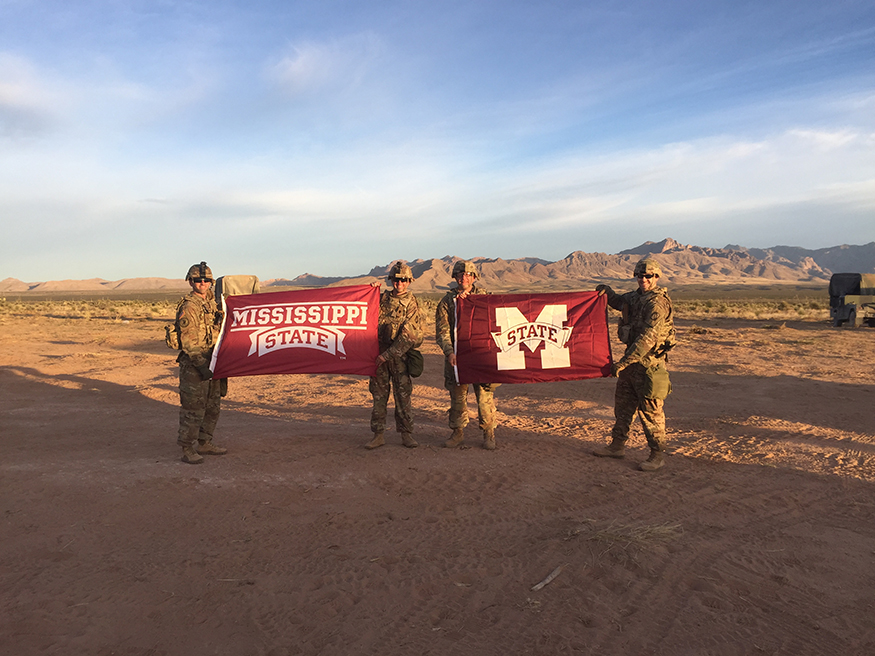 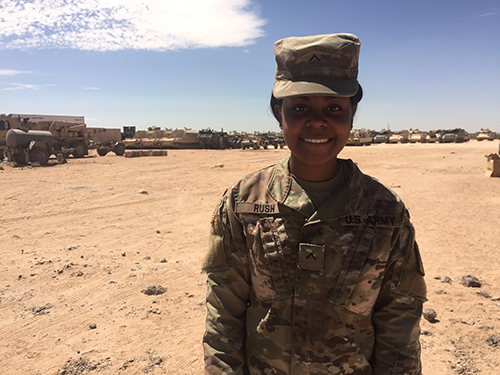 STARKVILLE, Miss.—A year ago, Keanna Rush was preparing to enroll at Mississippi State University after taking time off from school to go through basic training and join the Mississippi Army National Guard and its 155th Armored Brigade Combat Team (ABCT). Shortly before the 2017 fall semester began, Rush learned her education would once again be placed on hold as her unit would be deploying to the Middle East in support of Operation Spartan Shield.

A Philadelphia native and Neshoba Central High School graduate, Rush was able to complete one semester toward her business administration degree before heading to Fort Bliss, Texas, in March to train for the deployment. In late June, she left for the Middle East.

“I always wanted to find out for myself what joining the military would be like,” Rush said. “This may be my first overseas deployment, but I know the National Guard will take care of you. I want to get this under my belt and then come home to finish school.”

Rush is one of dozens of MSU students, faculty and staff members putting their education and careers on hold to serve their country during the 155th Armored Brigade Combat Team’s deployment.

“Throughout all branches of the military, MSU students, employees and alumni are fighting to keep our country safe and secure,” MSU President Mark E. Keenum said. “These men and women, along with their families, make tremendous sacrifices that we all greatly appreciate. We will certainly miss these valued members of the MSU community while they are deployed with the 155th Armored Brigade Combat Team, and we will do everything in our power to support them during and after their deployment.” 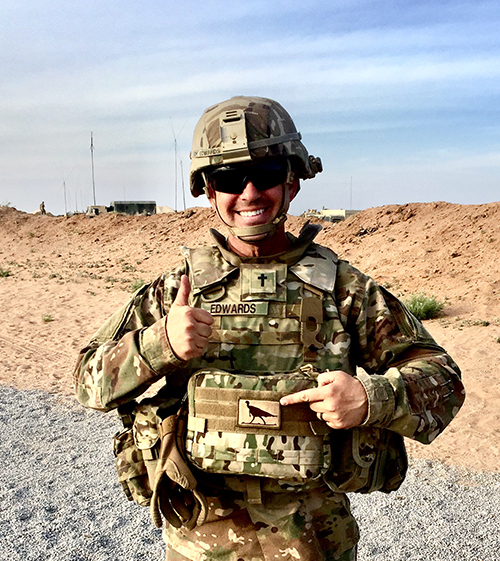 In early 2018, the team began mobilizing approximately 4,200 soldiers from the Mississippi and Kansas Army National Guard for a deployment to the Middle East. As part of Operation Spartan Shield, the 155th ABCT will serve in the Central Command’s theatre of operations over the next year. Before leaving the U.S., the soldiers spent several weeks at Fort Bliss, where they conducted intensive training exercises to further prepare them for potential missions while stationed overseas.

“This past semester we set up a military withdrawal process, which allows service members to withdraw from school without having to re-apply when they come back to Mississippi State,” Locke said. “We have and will continue to open up our facilities at Nusz Hall for Skype sessions, so if a family doesn’t have that capability at home, they can come here and use our computers to talk to their loved ones overseas. In the past, we have assisted service members with registering for classes even when they’re in another country and can’t make it back to register.”

Locke, a retired lieutenant colonel in the U.S. Army, said it is important to support the families of deployed service members in both big and small ways.

“When I was deployed, people would come by periodically and cut our grass,” Locke added. “Through one of the deployments I lived in Kansas, so when it snowed someone would come shovel the snow. There’s a lot of small things you can do for the family to say you appreciate their loved one’s service, so I would encourage everyone to find a way to say thanks.”

Among those deployed with the 155th ABCT is 1st Lt. Scott Edwards, a chaplain in the unit. At MSU, Edwards is an Extension instructor in the Department of Wildlife, Fisheries and Aquaculture. He also is the training coordinator for the Wildlife Services National Training Academy, housed in the department. This is his first deployment since joining the National Guard three years ago.

“The chaplain plays an important religious support role in the military because soldiers need someone they can trust,” Edwards said. “Being away from home can add tremendous amounts of stress. Soldiers will come back from deployment emotionally and physically spent. If they know they’ve been supported emotionally and spiritually, they’re more likely to plug back in to the community when they get back.”

Both Edwards and Rush said the university has been supportive as they prepared for deployment. Veterans center staff encouraged Rush to complete a semester of school before the scheduled deployment and assisted with Veterans Administration paperwork. Human Resources employees helped Edwards maintain benefits for his family.

“It’s clear we’re not just walking away from MSU,” Edwards said. “That eases my concern and stress as we get ready to deploy.”

MSU’s Center for America’s Veterans assists veterans of the U.S. Armed Forces and their dependents. Through the center’s efforts, the university is nationally-recognized for its support of veterans. For more, visit www.veterans.msstate.edu.