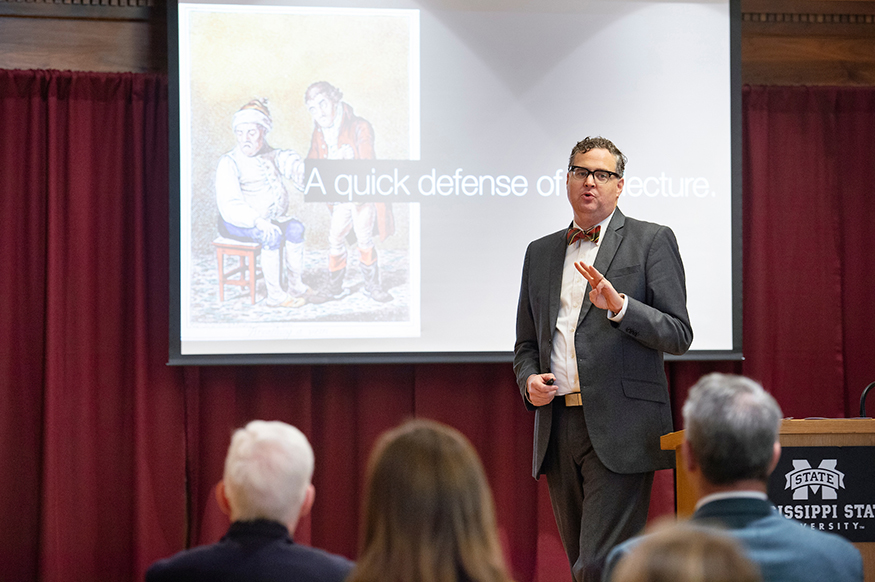 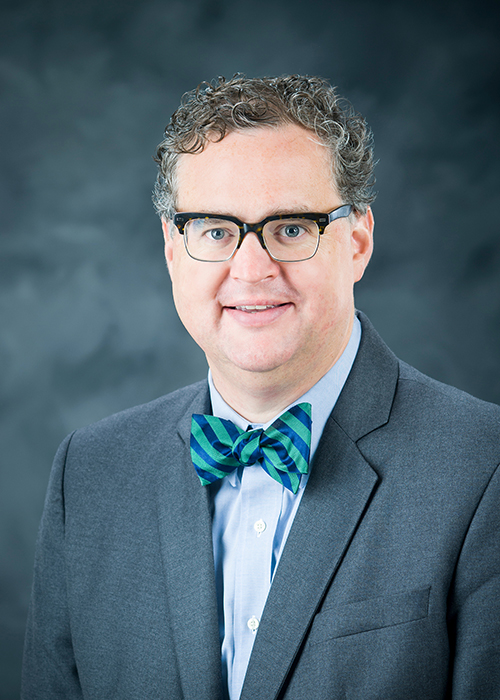 STARKVILLE, Miss.—Mississippi State University associate professor of history James C. “Jim” Giesen is a new fellow of the Agricultural History Society and is the namesake of the organization’s inaugural teaching award.

At the society’s 100th anniversary meeting this month in Washington, D.C., Giesen was surprised with the announcement of the James C. Giesen Award for Exceptional Teaching in Agricultural History, to be awarded annually to a teacher at any level demonstrating skill, creativity and devotion in student education of agriculture and rural life history. The Giesen award comes with a monetary gift.

The exclusive group of AHS members who achieve fellow status are recognized for “high standards of scholarship and service to the society and to the field of agricultural history.”  With AHS membership numbering in the thousands since its founding, only 47 members to have been honored with the distinction. Giesen is the youngest in the society’s history.
Founded in Washington D.C. in 1919, AHS is the third oldest professional historical organization in the U.S. and is the leading association worldwide of academics interested agriculture and rural life history.

“Dr. Giesen’s elevation as a fellow of the Agricultural History Society makes him only one of less than 20 [living fellows] to hold this post,” said Alan Marcus, head of the MSU’s Department of History.  “It is a reflection of his fine scholarship in the field and the prominence of Mississippi State in the organization.”

A faculty member at MSU for 13 years, Giesen was named a Grisham Master Teacher by MSU in 2018, the university’s highest honor for classroom instruction excellence. His research interests include the agricultural, rural and environmental histories of the U.S., with a focus on the South in the twentieth century. He is editor of the University of Georgia Press series Environmental History and the American South.

“To work in a department that takes the history of farming and farmers seriously, and to have great graduate students studying alongside the faculty, has really made a difference,” Giesen said.  “These recognitions have my name on them but the truth is that without the support of Mississippi State, Alan and I never could have made the impact that we did on Ag History.”

For the last decade, Giesen has served as AHS executive secretary, directing the daily affairs and shaping the society’s policy and direction, and MSU’s history department sheltered the society’s executive office.  During Giesen’s AHS executive tenure, Marcus served as treasurer.  Last week, Giesen and Marcus stepped down from their AHS leadership posts at the annual meeting.

In a letter of commendation, former AHS president Katherine Jellison said Giesen has spent the last decade “bringing new ideas and energy and a higher international profile to this venerable organization. I can testify that he always brought a positive attitude and an excellent sense of humor to the job. Jim is most deserving of the honor of being named a fellow of the AHS.”

Giesen’s scholarly contributions have been recognized by awards from the Southern Historical Association, Summersell Center for the Study of the South, Mississippi Department of Archives and History, and the Agricultural History Society. He received the 2017 MSU Alumni Association’s Outstanding Graduate Student Mentor Award and was named a 2012 Beverly B. & Gordon W. Gulmon Eminent Scholar by the MSU College of Arts and Sciences.

Image Alternative Text: One man holds a net full of fish in the water as another man examines a single fish.