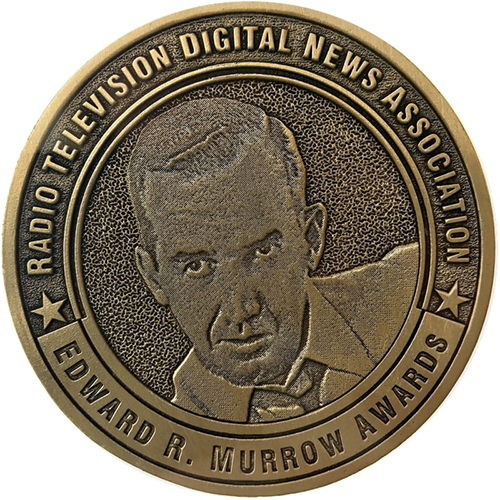 “A core pillar of RTDNA is celebrating the best in journalism, and one of the ways we do that is through the Edward R. Murrow Awards,” said RTDNA Executive Director Dan Shelley. “This year especially, we are honored to recognize outstanding achievements in broadcast and digital journalism. The past 18 months have been some of the most challenging in the history of our profession, and these recipients—among thousands of other journalists—clearly fulfilled their obligations to serve the public.”

Filmed in Clarksdale in 2019 and 2020, “The Last Supermarket” examines the impact felt by the Mississippi Delta community when its only full-service supermarket closed, leaving residents in a food desert with fewer options for nutritious food.

“The Last Supermarket” serves as the pilot episode of “The Hungriest State,” a multi-part series that investigates food insecurity in Mississippi. The series is part of the TV Center’s high-end short film production initiative MSU Films, which is a partnership with MSU’s Office of Public Affairs.

Garraway said the TV Center is honored to receive one of the most prestigious awards in journalism, and he is proud of Parker, Teasler and the entire staff for the “incredible” stories they are producing.

“We’ve always known that the nation’s best stories are right here in Mississippi. MSU is a leader in telling the stories of our people and the challenges they face and work to overcome,” Garraway said. “This national Murrow award is a reminder that the work we are producing is an important part of a national conversation on food insecurity.”

“The Television Center has evolved from simply producing video content for clients to producing unique films that enable MSU to share our research and service missions with the world. This national Murrow award represents professional recognition that is richly deserved,” Salter said. “I’m very proud of the work our Television Center does to advance the university.”